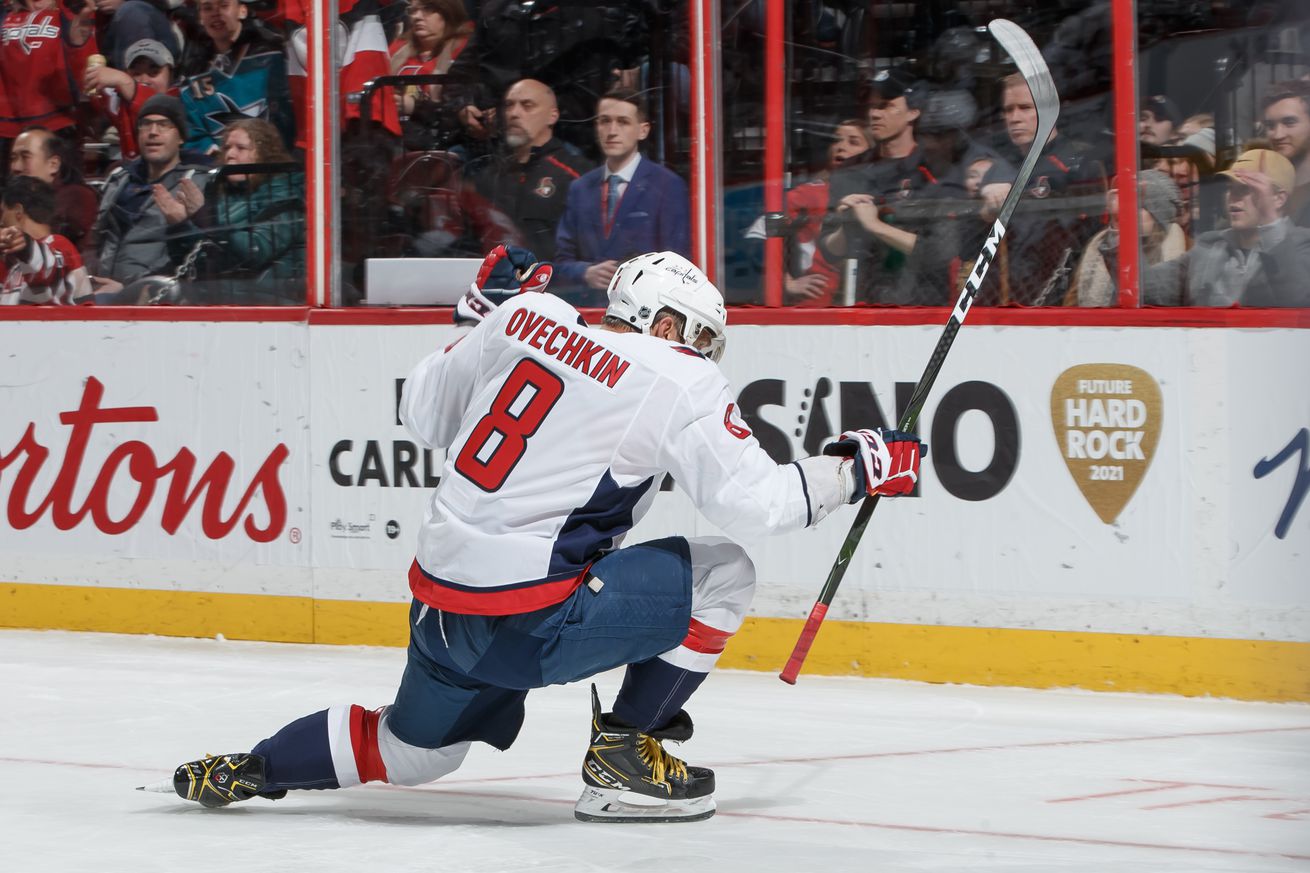 Ovechkin draws within 200 goals of Wayne Gretzky’s record in Washington’s 5 to 3 win.

In a record setting night for the Capitals in Ottawa the visitors wasted no time putting their best foot forward in a 5 to 3 win over the Senators.

Plus: John Carlson’s first period assist was the 361st of his career, tying him with Calle Johansson for most assist by a defenseman in franchise history. Carlson’s third period assist gave him sole possession of the franchise record.

Minus: Once again Washington’s power play was victimized by a shorthanded goal against.

Ten more notes on the game: