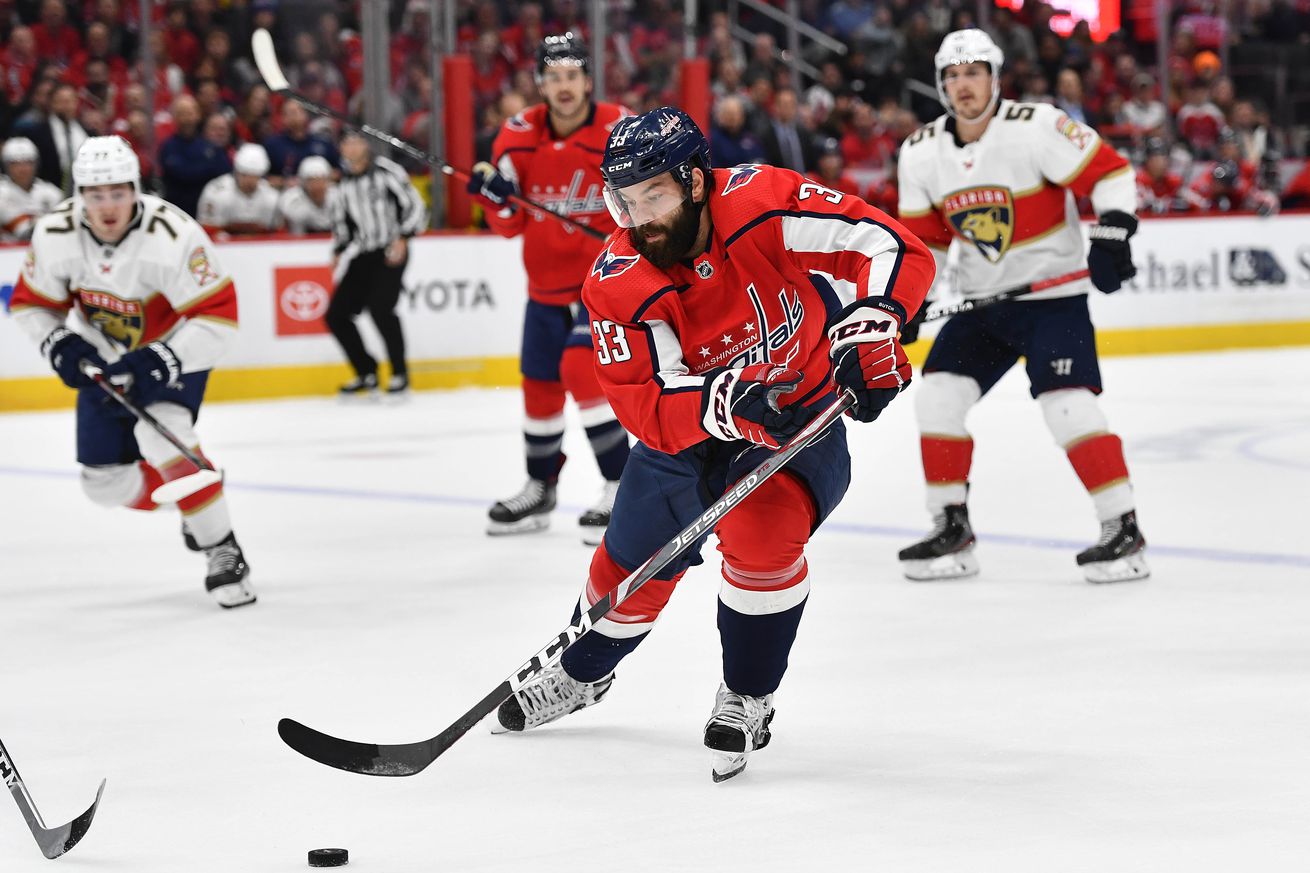 On Thanksgiving eve, Braden Holtby turned in a strong performance to anchor a 4-3 victory over the Florida Panthers.

With a day of family, backyard football, and general gluttony looming a day away, the Florida Panthers rolled into the Capital One Center looking for redemption after an overtime loss suffered at the hands of the Capitals earlier this month — a game that saw three points each from John Carlson, Alex Ovechkin, and Evgeny Kuznetsov.

That redemption wasn’t to be, as third period goals from Lars Eller and Brendan Leipsic helped the Caps cruise into Thanksgiving two points the richer.

Plus: We’re always ready to celebrate an Ovi goal, and after tonight’s twine-tickler, the Great Eight is only 26 red lights from an awfully big number 700.

Minus: It’s never easy for the Caps against these Panthers, and tonight was no exception, on account of one lead whose life didn’t extend past thirty seconds, and a two-goal third period lead that was cut down to one with enough time to make the Caps sweat.

Ten more notes on the game:

1. Somewhat surprisingly, the Capital One Center has been a sight for sore eyes over the last three years for the Florida Panthers, who coming into the evening hadn’t lost in the building since November 5, 2016, going 4-0-0 in that span. Well, now you can make it 4-1-0.

2. Tonight also marked Brett Connolly…*ahem* Stanley Cup Champion Brett Connolly’s return to the building, where the fans gave him the warm welcome he deserved. And just like he did when the Caps came to Sunrise, Connolly made sure his old running mates felt his presence, as he got on the scoresheet during the second period, which is frankly pretty rude.

3. You never want to take penalties, and you especially don’t want to take them against the fifth-ranked power play in the League, and so it seemed like the Caps were playing with fire when they took back-to-back minors from Radko Gudas (holding) and John Carlson (delay of game) midway through the first period. Instead, the Caps penalty kill unit was up to the task, handedly dispensing of both opportunities.

4. It was Alex Ovechkin who opened up the scoring about eighteen minutes into this one, beating Sergei Bobrovsky five-hole on something of a change-up shot after an exquisite feed from Evgeny Kuznetsov. It’s always a good day when the Great Eight lights the lamp.

5. The good guys weren’t able to carry the lead through the second period however, as an errant T.J. Oshie pass on the rush sprung Brett Connolly for a breakaway back the other way, and Conno did not miss. Would have enjoyed writing that last sentence more during years past…

6. It looked like the two teams would carry the knot at one into the second intermission, before Richard Panik picked up a long Jonas Siegenthaler pass and sniped it over the glove of Sergei Bobrovsky to give the Caps a 2 to 1 lead with a minute left in the period…

7. …which they would promptly relinquish back to Mike Hoffman and the Panthers, twenty-three seconds later.

8. I don’t know if you’ve heard, but Jakub Vrana is an elite winger, and early in the third period he was an elite winger who used his speed to create space, put a low hard shot on net that resulted in a juicy rebound with Lars Eller chimney sweep duty, and the Caps took back the lead 3-2. That’s career point number 100 for young Jakub.

9. It bears noting that at the time of this lead, the Panthers had a shots-on-goal advantage of 30-15, with many of those coming from close quarters. This was another strong outing from Braden Holtby, as he remains torrid in net.

10. A goal from Brendan Leipsic helped the Caps close this one out and become the first team this decade to notch 1000 points in the standings.

Those two points makes for a fine hors d’oeuvres before tomorrow’s fare. Next up, the Tampa Bay Lightning on Friday.