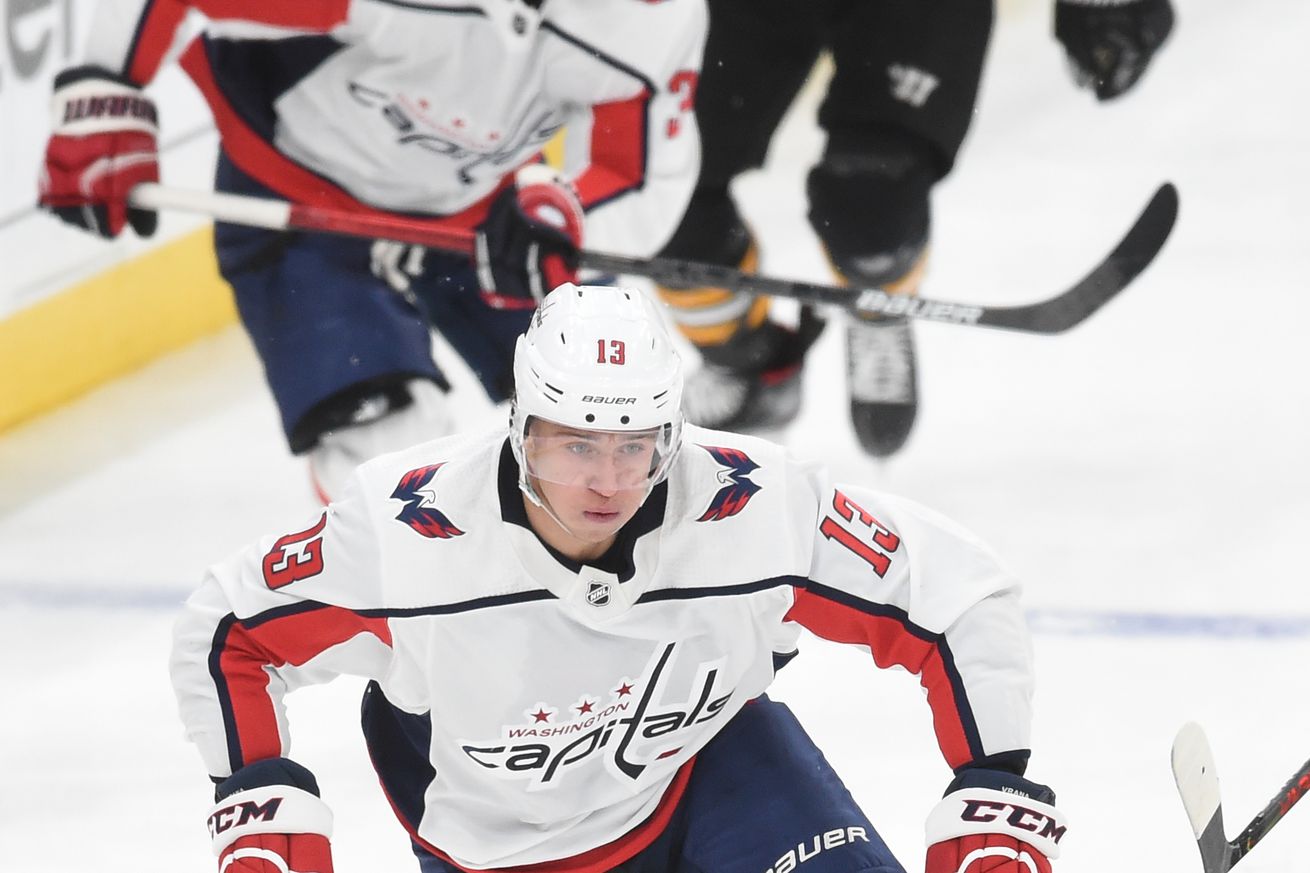 With Capitals forward Jakub Vrana, there have typically been qualifications attached to his play. He’s the young player where we’ve gotten “glimpses” of his potential. GM Brian MacLellan has testified to his “tremendous upside” after he signed his bridge contract. He’s “on the way up” within the Capitals organization.

It’s time to drop the qualifiers. Jakub Vrana is one of the best wingers in the NHL.

He is great at almost whatever the Capitals have asked. Vrana is generating offense at an elite rate, is well above average defensively, and the result is a player that is crucial to the Capitals core going forward.

Vrana is generating offense at an elite rate

When broken out into chart form, the increase is stark, and it is in almost every offensive category. For instance, here’s the shots on goal per 60 (at 5v5) for Vrana since he has come into the NHL:

This isn’t because Vrana is throwing lousy shots at the net (or “gaming” his Corsi)…his shooting percentage is at a career high too. In fact, as Bill Comeau has usefully tracked, Vrana’s offense has largely consisted of shooting right at the slot:

Unsurprisingly, Vrana’s expected goals per 60 are at a career high:

This increase hasn’t just placed Vrana as one of the top offensive players on the Caps. No, he’s now just one of the top players in the league. Amongst forwards who have played at least 200 minutes, Vrana ranks among the best players of the game in terms of individual offense generation:

Again, this isn’t just amongst the Caps. Vrana is generating offense at a rate that is in the top tier of the NHL. The names that are accompanying Vrana here are players like David Pastrnak, Brendan Gallagher, and…Alex Ovechkin. Vrana is entering an elite tier of wingers, and there is a strong likelihood that this will continue.

Vrana is more than adequate defensively

Ok, you may say. Vrana is elite at generating shots, but you haven’t yet discussed his defensive ability.

That’s fine, but the stereotype of Vrana as an elite speedster who doesn’t play defense (a stereotype that Vrana’s teammates have had to deal with too) just isn’t borne out.

Now, Vrana is not the next coming of Patrice Bergeron. He likely isn’t going to challenge for a Selke. But, well, here’s his shot suppression chart taken from the ever-valuable HockeyViz:

That’s right, Vrana suppresses shots at a strong rate too! Amongst the 290 NHL forwards with over 200 min played, Vrana is in the top half for Corsi against per 60 and is around average for shots against per 60.

Again, this isn’t a player who is anywhere near winning a Selke. But a massive defensive liability? That’s not Vrana.

Let’s zoom out and take a look at Vrana’s entire hockey viz chart:

This is a player that literally does everything well. He’s well above average in all zones, shoots better than league average and draws way more penalties that he takes. He’s the real deal, y’all.

What does this mean going forward? Vrana needs to play more

Despite the fact that Vrana is one of the Caps best forwards, he isn’t quite getting the ice time to show it. In fact, despite the insane offensive stats, Vrana is only getting around 12 min of even strength ice time per game (this ranks 170th amongst NHL forwards).

Amongst the Caps forwards, Vrana only ranks 6th in terms of ice time, behind players like T.J. Oshie and Tom Wilson who cannot generate the kind of offensive firepower of Vrana. In fact, despite the massive increase in Vrana’s offensive stats…his 5v5 ice time has actually decreased this year!

As we’ve shown, this just isn’t acceptable any more. Vrana needs to be getting the kind of ice time that his play deserves…which is more than 12 min of even strength time a night. He’s an elite talent, one of the best wingers in the NHL, and the Caps need to treat him like one.