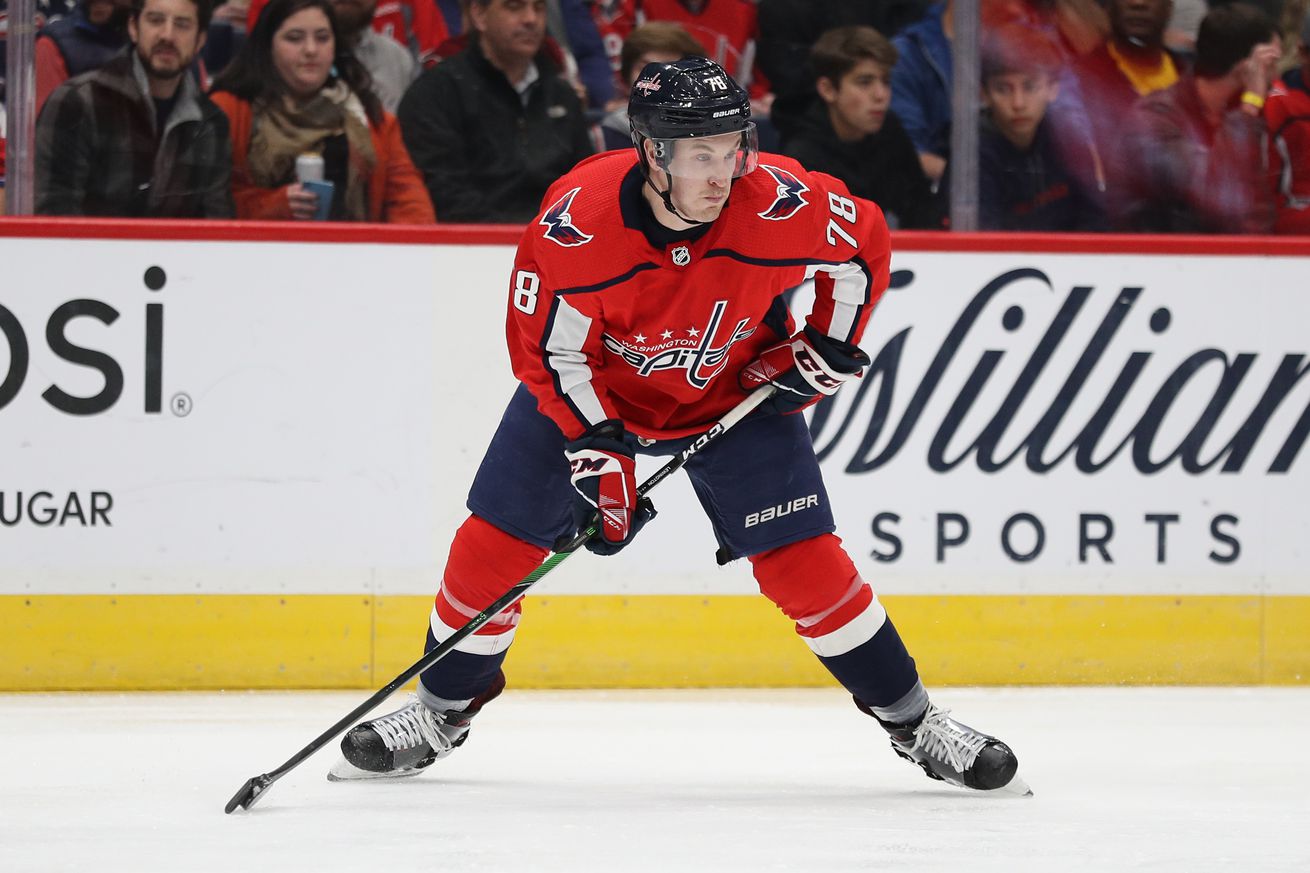 1634 – Differential in career NHL games between the three injured Capitals and the trio of skaters recalled from Hershey today.

The Caps will be without Nicklas Backstrom (918 career games), Carl Hagelin (563), and Nic Dowd (209) for tonight’s game against the Rangers. Replacing them on the active roster are forwards Mike Sgarbossa, the veteran of the trio with 48 NHL games under his belt, and Beck Malenstyn, who has yet to make his NHL debut, along with defenseman Tyler Lewington (eight NHL games).