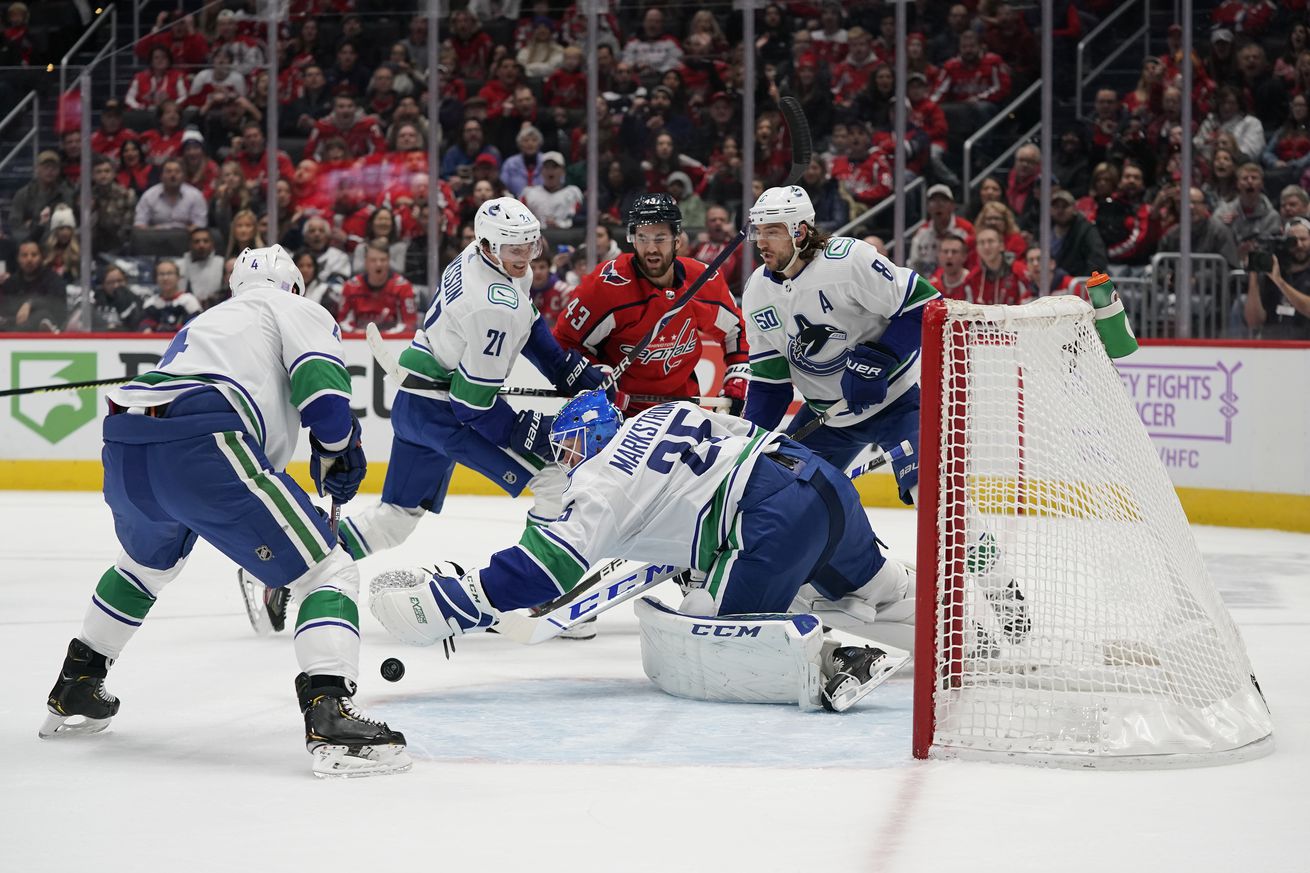 6.33 – The Capitals’ shooting percentage over the last two weeks, third-lowest in the League. That number drops to 5.94 at even strength, with three of their 15 goals having been scored on the power play.

The Caps have taken 237 shots on net over that span (fifth-most) and scored just 15 times in their last seven games, for an anemic goals-per-game rate of just 2.14 – that’s well below their average for the whole season, which has dropped as a result to 3.52 goals per game overall. In their last six games, the Caps have scored two goals or less an un-Caps-like five times – their longest such stretch of the season.

It’s worth noting that a bit of a correction was to be expected, as the Caps were flying high on a (likely) unsustainable – and League-leading – 13.33% shooting percentage through the first five to six weeks of the season. But it’s also unlikely that the Caps continue to have this much bad luck for too much longer (especially as players start to return to health).