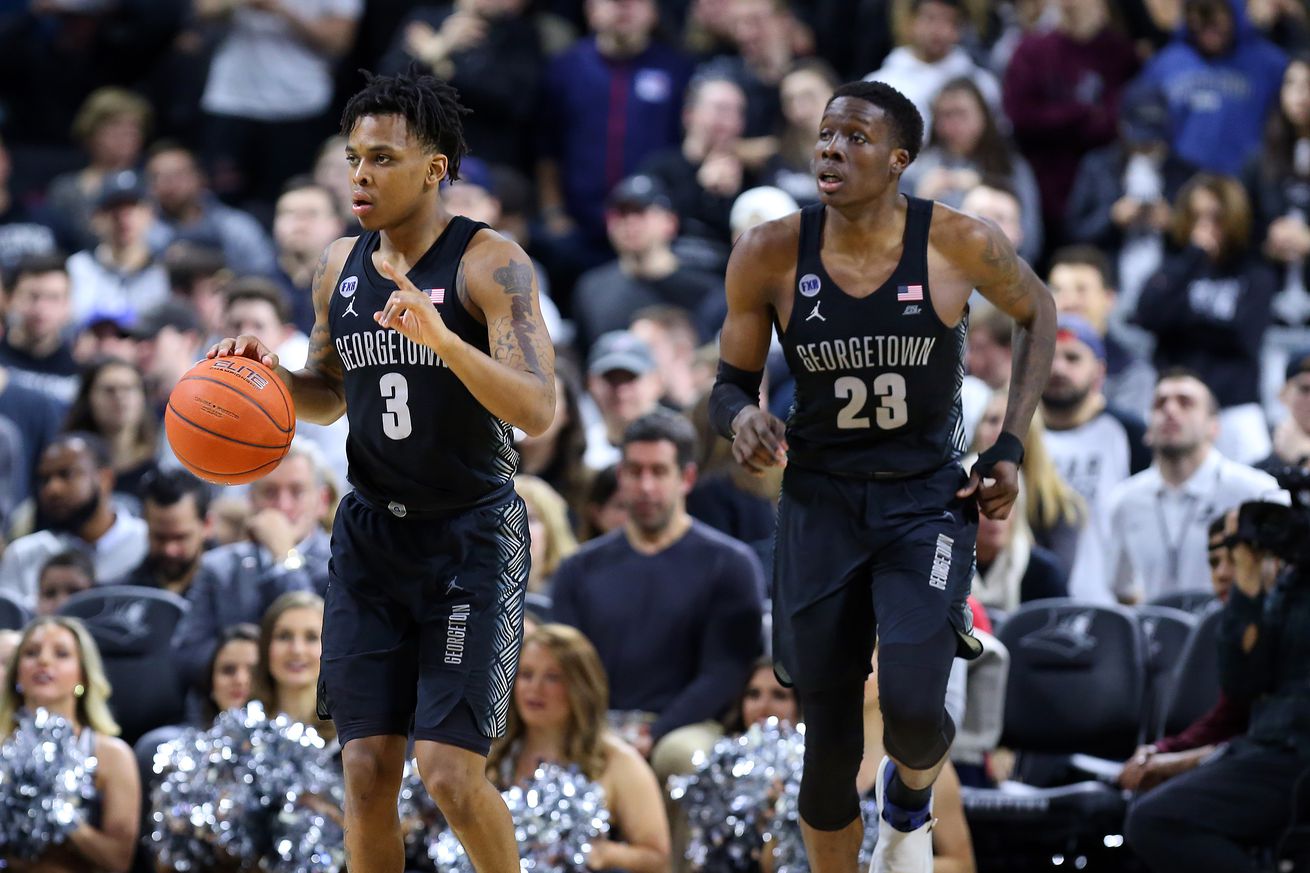 WASHINGTON – Georgetown University men’s basketball players James Akinjo and Josh LeBlanc will not be playing for the men’s basketball team effective immediately and will not be members of the team for the remainder of the season, Head Coach Patrick Ewing announced today.

LeBlanc appeared in six games this season, averaging 7.2 points and 2.7 rebounds per game.

UPDATE: A statement from the University –

According to court documents obtained by NBC Sports, Josh LeBlanc and Galen Alexander were hit with a restraining order on Nov. 5th by a fellow Georgetown student. LeBlanc was allegedly threatening to do “bodily harm” if the victim reported a burglary. https://t.co/Z0CInE8eMD

Court docs obtained by @CBSSports show multiple accusers making multiple allegations in Nov. of sexual harassment, violence and burglary against three Georgetown players. Two are still on the roster. Georgetown has not responded to requests for comment. https://t.co/c5E8989Nrz