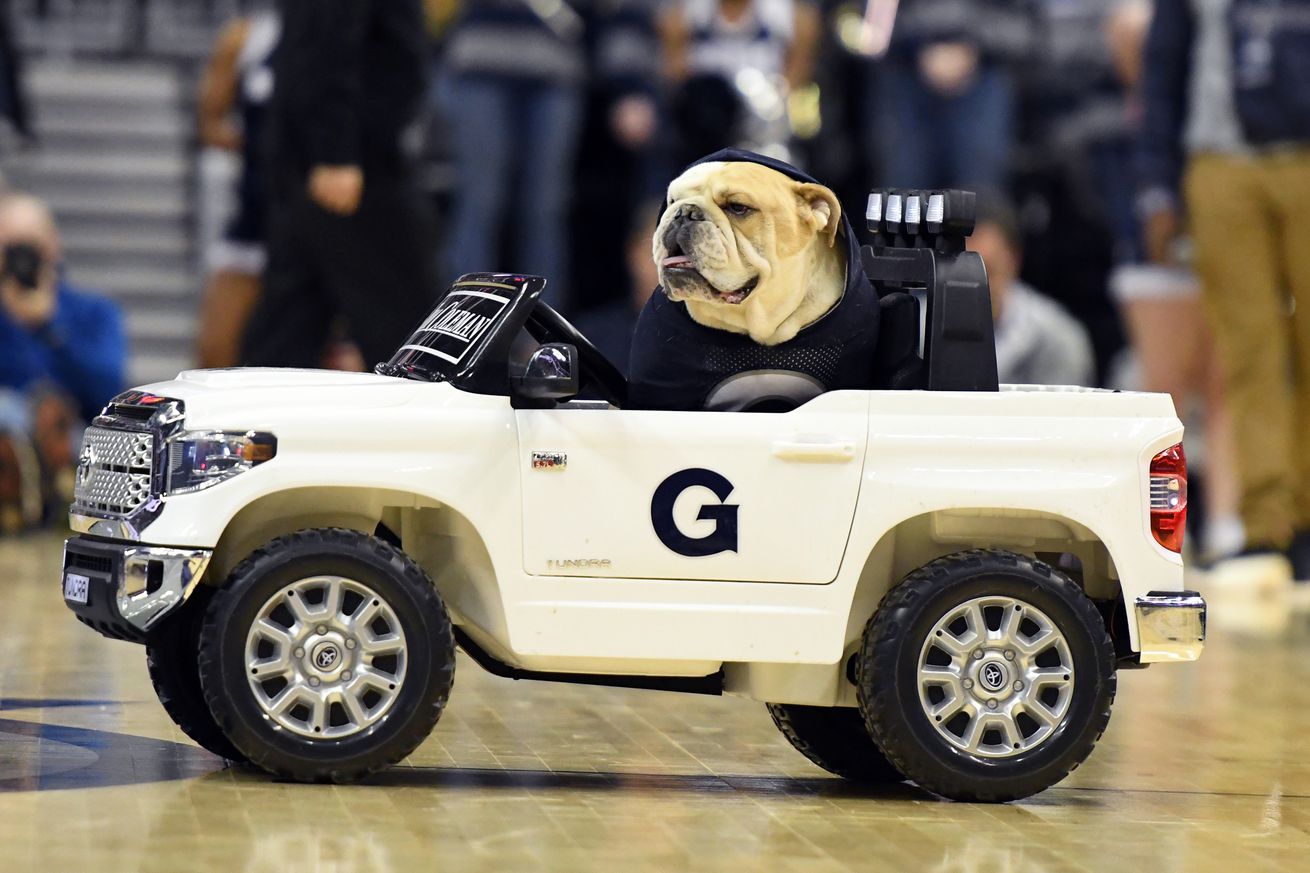 UVA, Kansas, UCLA and Georgetown in SoCal next Turkey Day…

Based on a tweet from UVA, the Georgetown Hoyas will join the Virginia Cavaliers, the UCLA Bruins, and the Kansas Jayhawks in the 2020 Wooden Legacy multi-team event next Thanksgiving (November 26, 2020).

Join us next Thanksgiving in Southern California for some ☀️ #GoHoos pic.twitter.com/6FXQczt6jg

The Wooden Legacy event has changed names, sponsors, and locations a few times but here are some details:

This Thanksgiving weekend, the Wooden Legacy men’s collegiate basketball tournament returns to the Anaheim Convention Center Arena for three action-packed days! Formed in 2013 when the John R. Wooden Classic merged with the Anaheim Classic, this annual eight-team tournament features 12 games, with each team playing one game per day.

This year’s iteration continues the tournament of 8 teams and 3 rounds (with a non-bracketed game on campus for everyone but Wake Forest and Pepperdine):

The matchups have been set for the 2019 Wooden Legacy!

Get your tickets now: https://t.co/rwb6Pz7ztM
See ya in #SoCal! pic.twitter.com/ceVuhhf8TM

With rule changes for multi-team events expected to be coming in 2020, many expect tournaments to be limited to 3 games per team. The question for Wooden Legacy 2020 is: who will Georgetown’s three games be against?

That is, will there be additional schools added to fill out an 8-team bracket? Will the Wooden Legacy become a 4-team semifinal like the 2K Empire Classic? If there are on 4 teams, will there be a non-bracketed, campus-hosted portion?

The bottom line is that, if the Hoyas are only permitted to play three games, we don’t quite know the chances that they will face UVA, Kansas, and/or UCLA yet…

From a UCLA press release, it looks like the format will change (4 teams only) and that Georgetown will face (at least) two of Virginia, UCLA, and Kansas:

LOS ANGELES – UCLA will join a field of four basketball programs in the 2020 Paycom Wooden Legacy, to take place next season during the week of Thanksgiving at the Anaheim Convention Center, it was announced Tuesday.

Joining the Bruins in the four-team field next November will be Georgetown, Virginia and Kansas. This will mark UCLA’s first appearance in the Wooden Legacy since the Bruins won the event in 2016…

UCLA has compiled a 2-1 all-time record against Georgetown. The Hoyas won the last showdown against the Bruins, securing the victory in Brooklyn at the 2012 Progressive Legends Classic.

“The annual event will unveil a new format, becoming a two-day, four-school tournament played over Thanksgiving week, beginning in 2020. Games will be played at Anaheim Convention Center in Anaheim, Calif., in conjunction with Visit Anaheim.” https://t.co/SwVM2TC4fl

GUHoyas has a press release:

WASHINGTON – The Georgetown University men’s basketball team will take part in the Paycom Wooden Legacy in 2020 as announced Tuesday. The Hoyas will be joined by Kansas, UCLA and Virginia to round out the four-team field.

The annual event will unveil a new format, becoming a two-day, four-school tournament played over Thanksgiving week, beginning in 2020. Games will be played at Anaheim Convention Center in Anaheim, Calif., in conjunction with Visit Anaheim.

The early-season event was created in 2013 when the John R. Wooden Classic was merged with the Anaheim Classic, formerly an eight-school bracketed event played for six years (2007-12) at the Anaheim Convention Center…