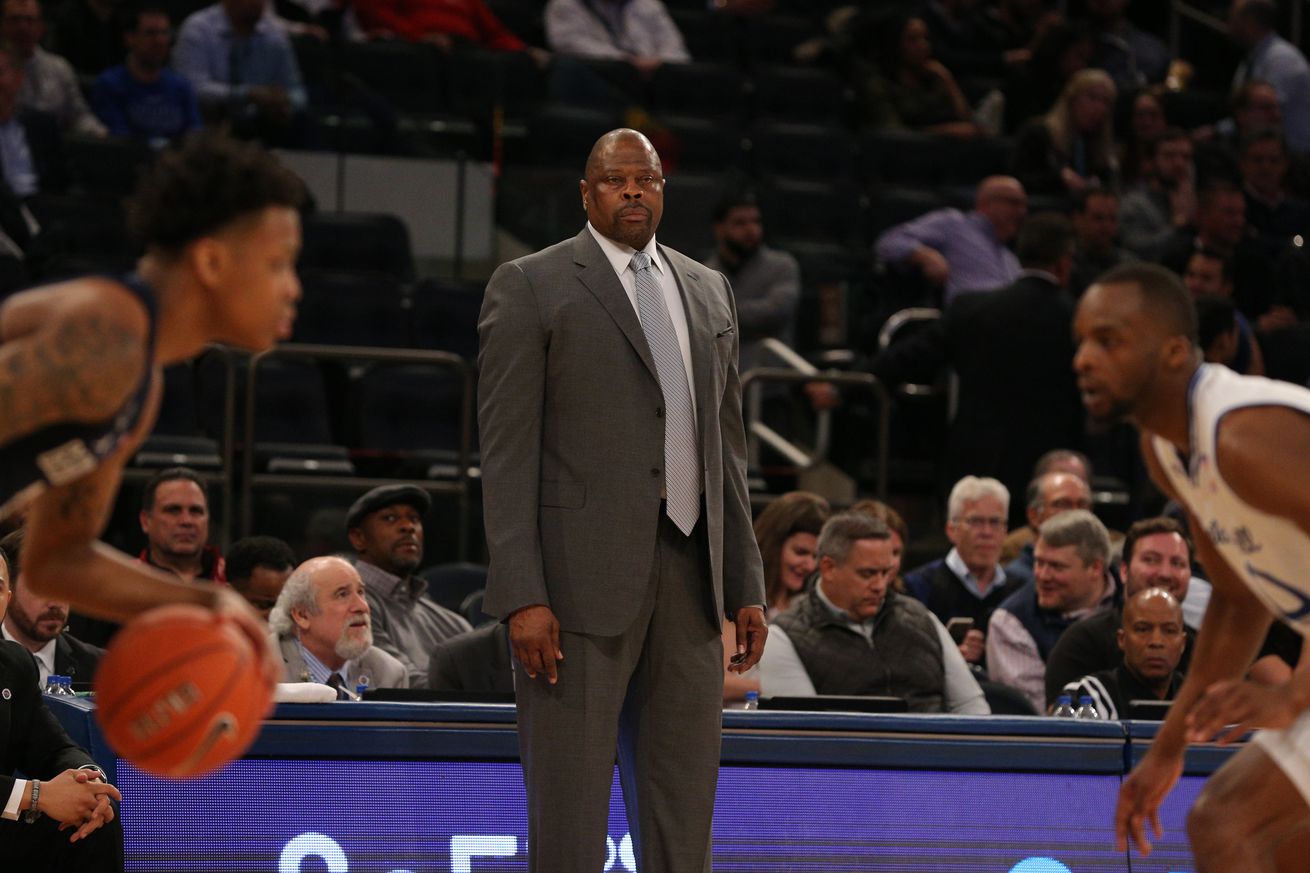 Special thanks to StPetersburgHoya for putting together the below timeline of events leading up to the departures of James Akinjo and Josh LeBlanc from the Georgetown men’s basketball program.

Here’s what we know:

I think that’s where we are right now.

The Hoyas are set to play at Oklahoma State tomorrow night.

Many of you have been following recent news regarding our Men’s Basketball Team. Yesterday, we announced that two students, James Akinjo and Josh LeBlanc, will not be members of the team for the remainder of the season as they have expressed an interest in transferring from the University. Separately, allegations were reported publicly against three members of the team. The allegations do not involve James Akinjo.

While Georgetown refrains from commenting on individual students in accordance with the Family Educational Rights and Privacy Act (FERPA), we take student conduct issues very seriously. Alleged conduct violations are investigated and adjudicated by the Office of Student Conduct through a fair and equitable process. Both the complainant and the accused student are given the opportunity to provide written and oral statements along with any relevant evidence before disciplinary actions are taken. Student-athletes are subject to the same disciplinary policies and procedures contained in the Code of Conduct that apply to any undergraduate or graduate student.

Once the student conduct process is completed, and if sanctions are imposed by the Office of Student Conduct, coaches may impose additional disciplinary actions, including removal from the team. When students report concerns for their safety, the University takes immediate action and offers a range of options and supportive resources for students, which may include putting in place no contact orders between members of the campus community, filing a complaint with the University or the Georgetown University Police Department (GUPD), safety planning with GUPD, police escorts for students, counseling and other support services – all to ensure complainants are safe on campus. If the University determines that a student poses an immediate threat to the safety or security of students or of the community, the University would take immediate action to remove the student from campus.

Please know that we are deeply committed to the integrity of our athletics program. All student athletes are required to complete a four-tiered education model on interpersonal violence and sexual assault. Coach Ewing has taken additional steps to ensure a culture of responsibility and integrity within our Men’s Basketball Team.

We seek to develop the talents, character and leadership qualities of all student-athletes and members of our community. We aspire for our student-athletes to exemplify the excellence and integrity of the Georgetown community and will continue to work to achieve this mission.