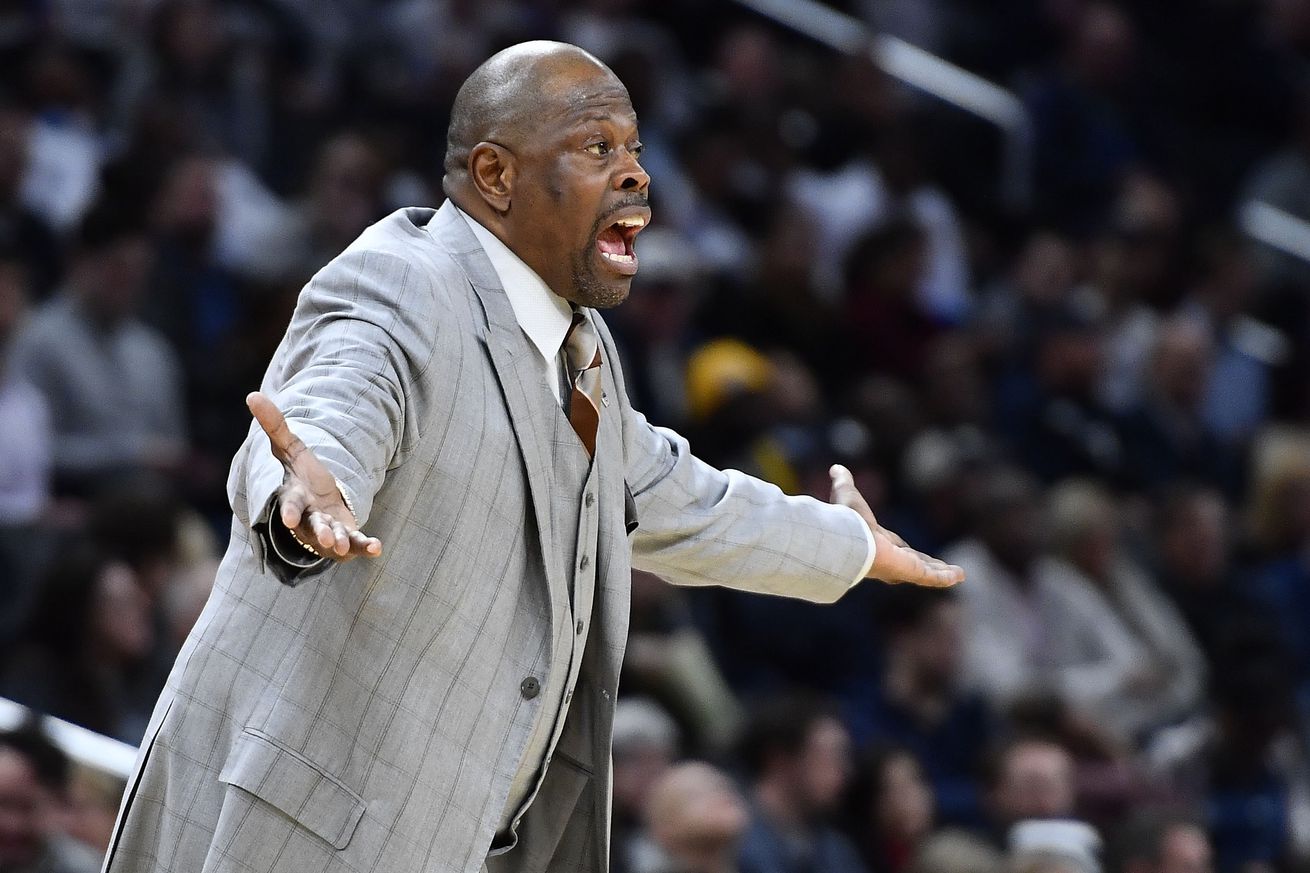 Hoyas work out the kinks (WE HOPE) in comeback win over Panthers.

Stop me if you’ve heard this before, but for 20-plus minutes against Georgia State, your Georgetown Hoyas showed many of the flaws that plagued them in their first three games. The offense was whatever the first guy who touched it decided to do, the defense showed neither effort nor execution, and as a result Georgetown trailed by as many as 8 points. But the Hoyas found answers in time: equal parts bully ball, transition attack, and a shortened rotation fueled a turnaround en route to a 91-83 win.

Sophomore guard Mac McClung shook off two rough outings that saw him score a combined 8 points to pour in a game-high 25 against Georgia State. Mac connected from outside and in, hitting a big three-pointer to help close the gap early in the second half, and attacking the rim to draw trips to the line, where he made all 11 of his attempts.

Around the rim, Omer Yurtseven was a bully, connecting for 15 points while grabbing 13 rebounds. An eye-popping 11 of these boards came at the offensive end, as the Hoyas grabbed 20 second chances resulting in 19 points. Those second chances, along with 18 forced turnovers, gave the Hoyas enough extra possessions to overcome shooting just 30 percent in the awful first half, and 40 percent for the game.

Even with these headliners, Sunday was a group effort, as a total of six Hoyas, which also included James Akinjo, Josh LeBlanc, Jamorko Pickett, and Jagan Mosely scored at least nine points. Conveniently, those six are pretty clearly Georgetown’s six best players. Inconveniently, Patrick Ewing had not seen fit to give them a larger share of minutes through three and a half games, trying out lineups that prominently featured freshmen, transfers, an unproven retread, or all of the above, often in unpredictable combinations that lacked scoring punch, ball handling, or some other critical quality.

That all seemed to change in the second half Sunday night, as Ewing largely rode with his core six players, with the occasional sprinkling of a substitute here or there when Yurtseven or a guard needed rest. To the surprise of no basketball genius on twitter, rolling with predictable shorter rotations worked. The ball in Akinjo and McClung’s hands looked more like entrusting dynamic perimeter players to make plays, rather than rolling the ball out for dudes who just got off the bus. In the post, the offense flowed more easily, although imperfectly, through Yurtseven. Mosely and Pickett provided whatever was needed — defense here, playmaking there, a thunderous breakaway dunk by Mosely here.

And Joshua Freaking LeBlanc — Just Add Playing Time — is an agent of the good type of chaos. Transition dunks? Transition blocks? Contorting, acrobatic, both balletic and awkward and-ones in traffic? He brings all of those. LeBlanc finished with 12 points, 4 rebounds, and a pair of rejections against Georgia State, which is an unremarkable line until you consider that all of those were amassed in the last 12 minutes of the game, before which he had 2 fouls and a whole lot of nothing else. LeBlanc appears to be still serving some version of a sentence in Ewing’s dog house for whatever he did to earn an opening-game suspension, but he closed the game with the athleticism and ferocity that we’ve come to expect and that Georgetown needs.

So is tonight’s second half an aberration, or a sign of things to come? At least when it comes to lineup choices, let’s hope it’s the latter. There are other things to clean up, of course. Defensively, the Hoyas fail to get back in transition, help off of the wrong shooters, and shade ball handlers the wrong way, among other sins. On offense, Georgetown relies a lot on Yurtseven post-ups, and it’s unclear whether he can produce consistently out of the pivot, or whether Ewing has sets up his sleeve that unleash their perimeter offensive options instead. The Hoyas seem to be at least one perimeter shooter short, as their 3/18 line from beyond the arc showed against Georgia State. But an easy first step is to just get the best players are on the court, and tonight we at least got to see that.

Georgetown now takes a trip up to New York, where the Hoyas will face an undefeated Texas squad and then either Duke or Cal. The Hoyas can’t afford to waste halves shuffling through hockey substitutions or random, offensively inert combinations. Tonight gave us hope.