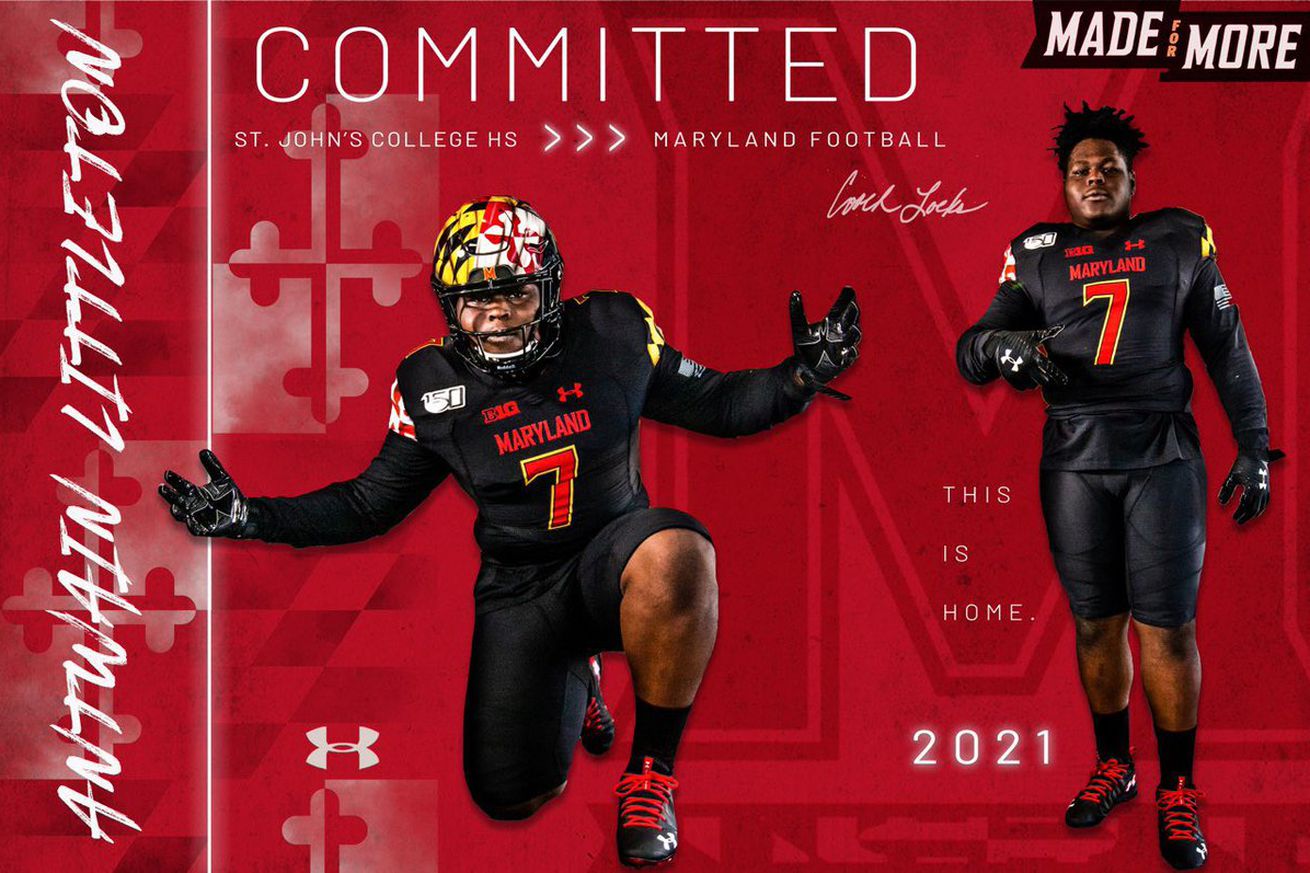 The Terps snag their second DMV commit of the day.

“You know I’m at the crib wit it #LockedIn,” Littleton posted to Twitter with his commitment.

He ranks as the No. 5 player out of Washington D.C. and chose the Terps over offers from Kansas, Pitt, South Carolina and Tennessee, among others. Schools were recruiting Littleton as either a linebacker, running back or both.

Littleton — who stands at 6’0, 265 pounds — is a powerful threat for the St. John’s Cadets as he combines top of the line size with surprising speed. When rushing the ball, Littleton hits rushing lanes hard and is able to bully his way over most defenders who try to stop him. Once he reaches the second of third level, his breakaway speed is often enough to generate big gains or scores.

St John’s uses Littleton in a tandem with fellow three-star running back Colby McDonald — who has been a pretty frequent visitor to College Park. He is also teammates with four-star defensive tackle Taizse Johnson, who committed to Maryland on January 26, and played with five-star 2020 wide receiver signee Rakim Jarrett.

Maryland has generated an early wave of momentum with the 2021 class — as Littleton’s commitment comes just hours after three-star St. Frances Academy defensive end ZionAngelo Shockley announced his pledge to the Terps.

With Littleton and Shockley on board, Maryland’s class of 2021 now ranks No. 10 in the nation and sits at fourth in the Big Ten — behind just Ohio State in the East division — according to the 247Sports Composite team rankings.