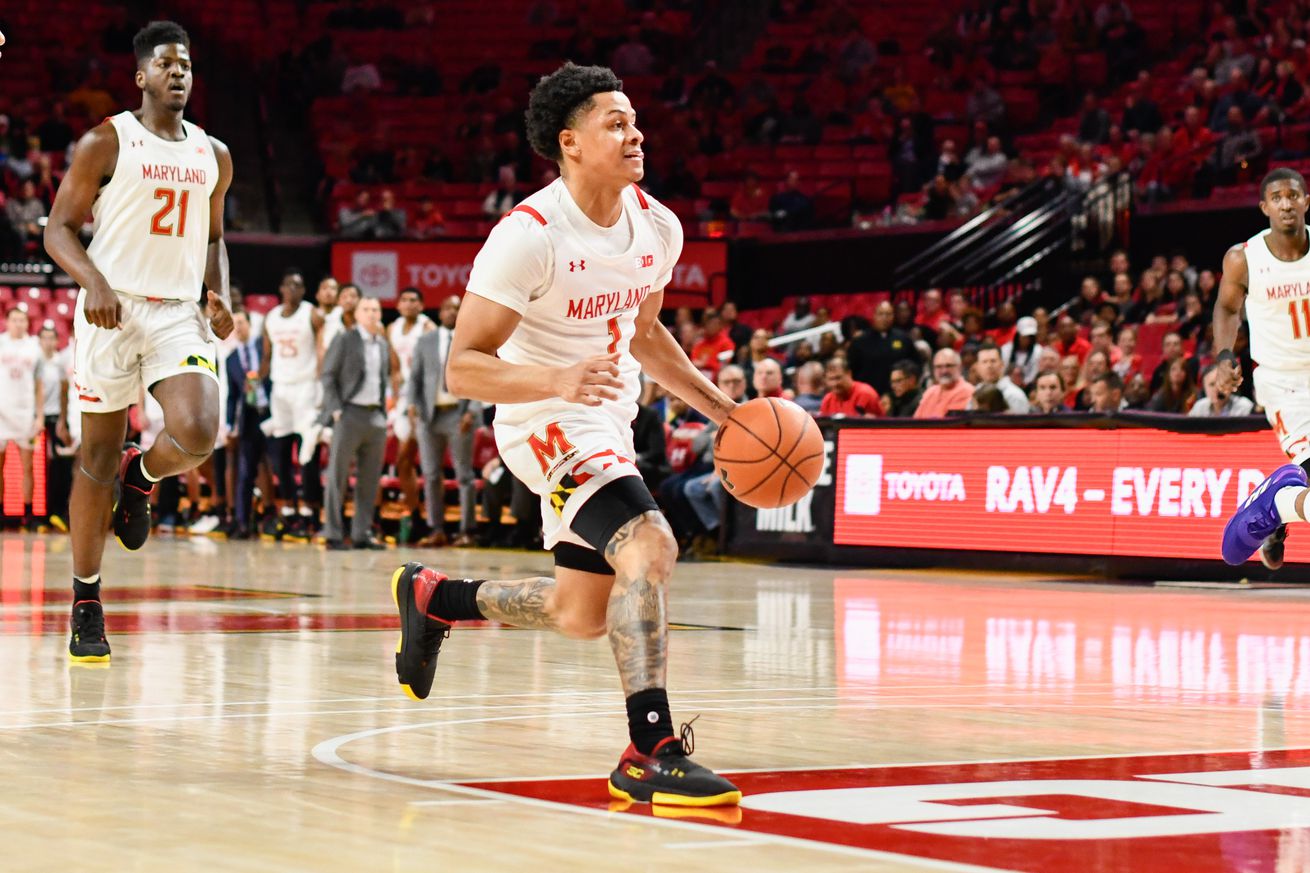 After his four years in the program, the Bowie, Maryland, native receives his first major weekly honor.

For the first time in his career, No. 3 Maryland men’s basketball guard Anthony Cowan Jr. was named a Big Ten Player of the Week Monday.

He shares the honor with Michigan senior center Jon Teske, who averaged 13.3 points, 9.7 rebounds and 3.3 blocks while playing in the Battle 4 Atlantis tournament.

Cowan averaged 24 points, 4.3 assists and 2.3 steals en route to leading the Terps to an Orlando Invitational championship and being named the tournament MVP.

During the tournament, Cowan netted a career-high 30 points against Temple and surpassed 1500 career points, moving up to No. 18 on Maryland’s all-time scoring list.

The senior is the first Terp to earn player of the week honors since Bruno Fernando on Jan. 14, 2019.