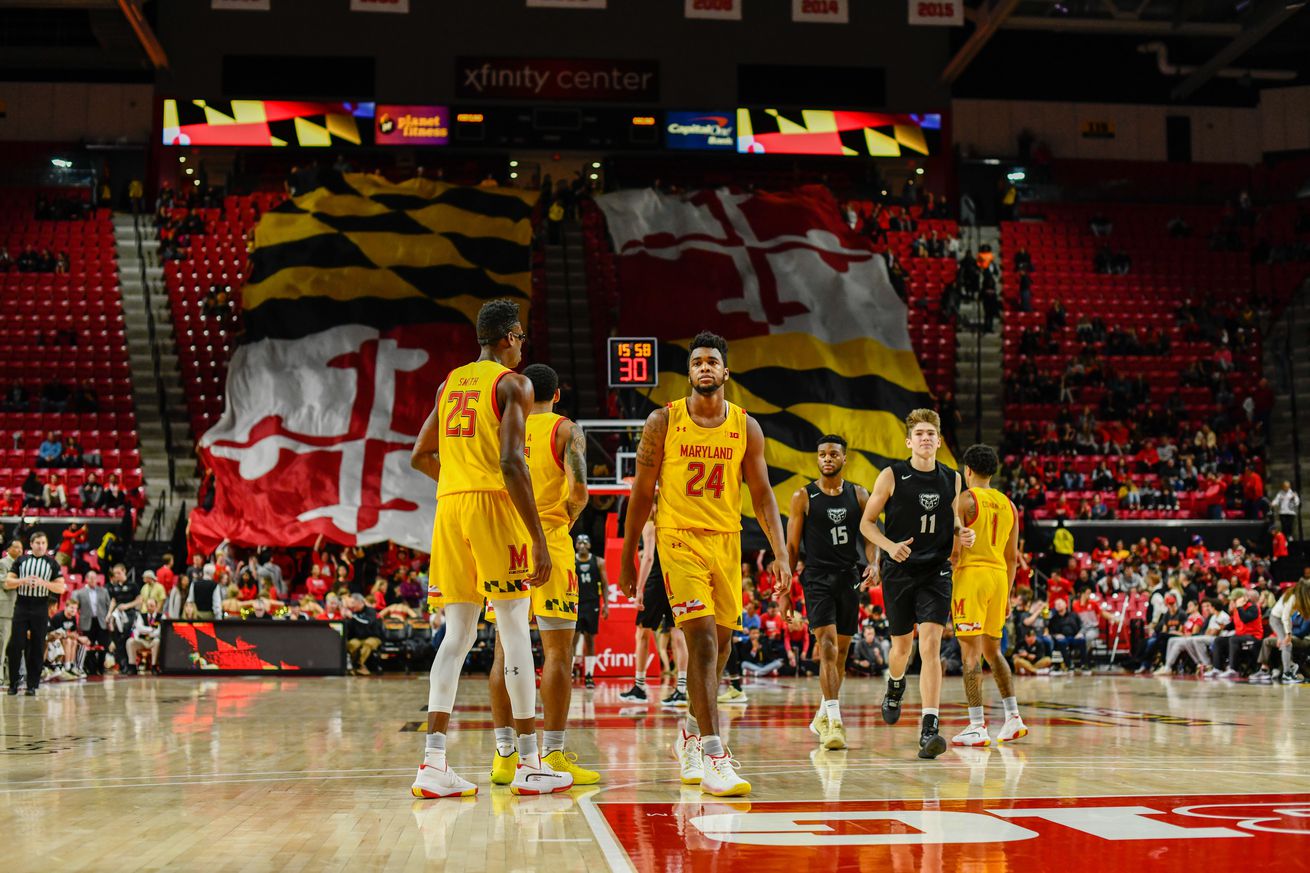 The Terps move up two spots after winning the Orlando Invitational.

Maryland men’s basketball continues to move up in the AP Top 25.

The Terps were officially named the No. 3 team in the nation Monday after claiming the Orlando Invitational championship with wins over Marquette, Harvard and Temple this past week.

The program is off to an 8-0 start for the first time since 2006-07 and also got a major boost from four prior top-10 teams losing to unranked opponents, including then-No. 1 Duke, then-No. 3 Michigan State, then-No. 6 North Carolina and then-No. 8 Gonzaga.

For the first time this season, four Big Ten teams are ranked — three of which are in the top-10. Michigan vaulted to the No. 4 spot after winning the Battle for Atlantis with wins over North Carolina and Gonzaga. Ohio State moves up to the No. 6 spot after continuing its undefeated streak with wins over Kent State and Morgan State.

Though still ranked, Michigan State falls to No. 11 after being upset by Virginia Tech, 71-66, on Nov. 25. Purdue, Indiana and Penn State are all receiving votes.

Maryland will hope to continue its undefeated season this week, as it will face Notre Dame and Illinois at home on Wednesday and Saturday, respectively.

Check out the rest of the poll here.