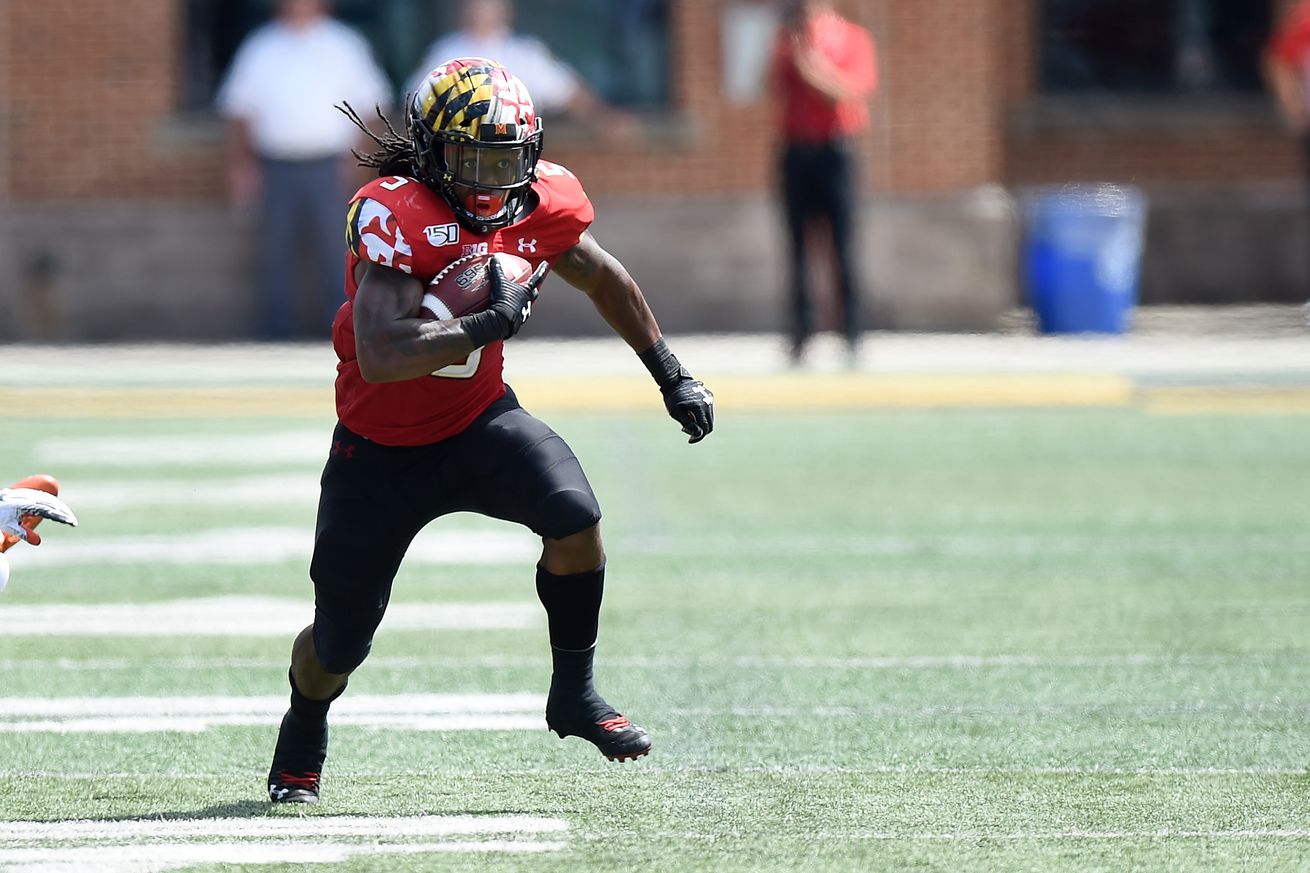 The redshirt sophomore has two years of eligibility remaining, but he’ll forego them and move on to the NFL.

Maryland running back Anthony McFarland Jr. announced his intention to enter the 2020 NFL Draft on his Twitter account Tuesday afternoon.

“I want to start by thanking the great coaching staff and amazing fans at this wonderful University,” the redshirt sophomore wrote. “In addition, thank you to my teammates. You are my brothers and I am blessed to have made deep relationships with many of you that will last a lifetime.

“While there have been times of adversity that I and we have faced, I learned a ton and always enjoyed my time in College Park.”

McFarland broke onto the scene in 2018, earning a full-time role by the second week of the season and never looked back. He was in line for another huge year to kick off the Mike Locksley era — McFarland was named to the Maxwell Award Watch List — but a lingering high-ankle sprain limited his impact throughout the team’s 2019 campaign.

In 20 games in his Maryland career, McFarland rushed 1,648 yards on just 245 attempts (6.7 yards per carry) with 12 touchdowns. He also hauled in 24 passes for 199 yards and a score. After a freshman-record 1,034 rushing yards in 2018, McFarland was limited to 614 yards this season, although he did close the year with a 139-yard performance at Michigan State.

McFarland had two more years of eligibility remaining after taking a redshirt in his first season with the program, but he’ll forgo those to try to make his name known in the NFL.

As for Maryland, what was once a strength of the team entering 2019 — the Terps boasted five quality running backs — is now incredibly suspect going forward. Javon Leake is in a similar position to McFarland and could go pro, Tayon Fleet-Davis is in the midst of off-the-field issues, and Jake Funk and Lorenzo Harrison III are both coming off season-ending knee injuries.