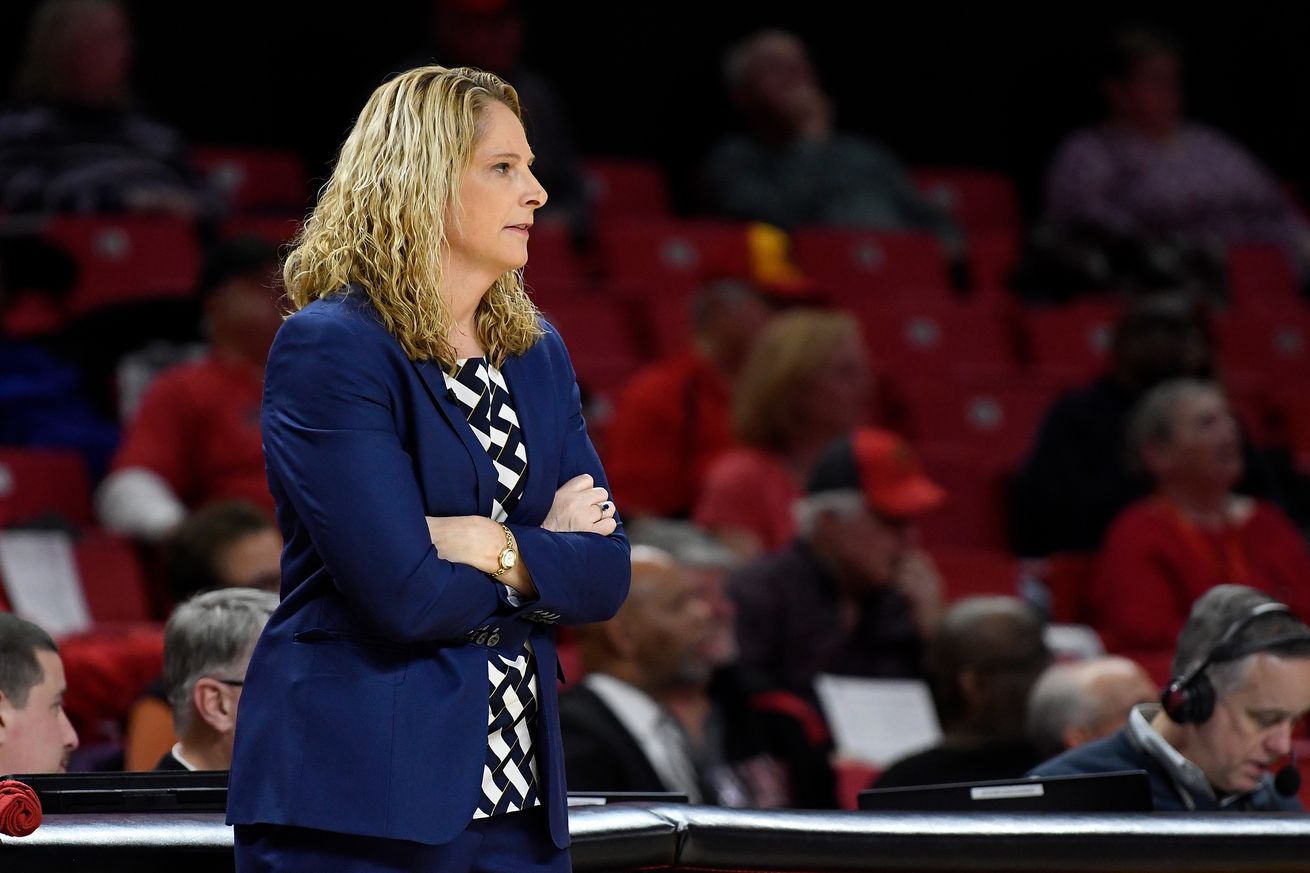 Despite a 2-0 record last week, Maryland women’s basketball has dropped down one spot to No. 9 in the latest AP Top 25 Poll.

While the Terps did go undefeated, it wasn’t without a scare. On Wednesday, Maryland beat unranked James Madison by just two points, using a 19-point fourth-quarter comeback to pull off the 70-68 victory on the road. Shakira Austin was the catalyst, scoring 13 points in the fourth quarter alone.

After a three-day layoff, Brenda Frese’s team was back in action, but it had a much easier go of things. The Terps hosted Delaware, and led by Taylor Mikesell’s 23-point performance, they steamrolled the Blue Hens for a 99-55 win. Four other Maryland players finished in double-figures, as Ashley Owusu, Blair Watson, Stephanie Jones and Austin combined for 45 points.

The Terps opened the season as the No. 4 team in the country, but the loss to South Carolina dropped them down to No. 8. They’re at No. 9 right now, though success in games against George Washington and Quinnipiac this week could give them a chance to climb the rankings.

Maryland men’s basketball is trending in the opposite direction, as the Terps jumped up one spot to No. 6 in the latest AP Poll.

We looked into how each pollster cast their ballot:

Maryland men’s basketball got the most votes for spot No. 5, but are at No. 6 with lots of varying results among pollsters.

Here is how the votes fell:

The Terps played just one game this week, picking up an 80-50 win over Oakland. Jordan took a dive into the film to see what went right for Maryland.

With 26 points, nine assists and seven rebounds across the two games, Owusu was named the Big Ten Freshman of the Week, her first such honor of the season. Wes wrote about her emergence as a legitimate star for Maryland.

Congrats to Ashley Owusu for earning her first Big Ten Freshman of the Week honor!

Maryland men’s soccer made the NCAA Tournament pool, but it enters postseason play as an unseeded team.

Maryland football was on a bye this week, so in case you took Saturday off, here’s what happened around the Big Ten.

Maryland volleyball pulls off dramatic victory over Indiana, falls to No. 16 Purdue over the weekend.

Former Maryland women’s lacrosse midfielder Taylor Cummings was named the Inside Lacrosse Midfielder of the Decade.

The only lacrosse player EVER to be a three-time recipient of the @Tewaaraton Award.