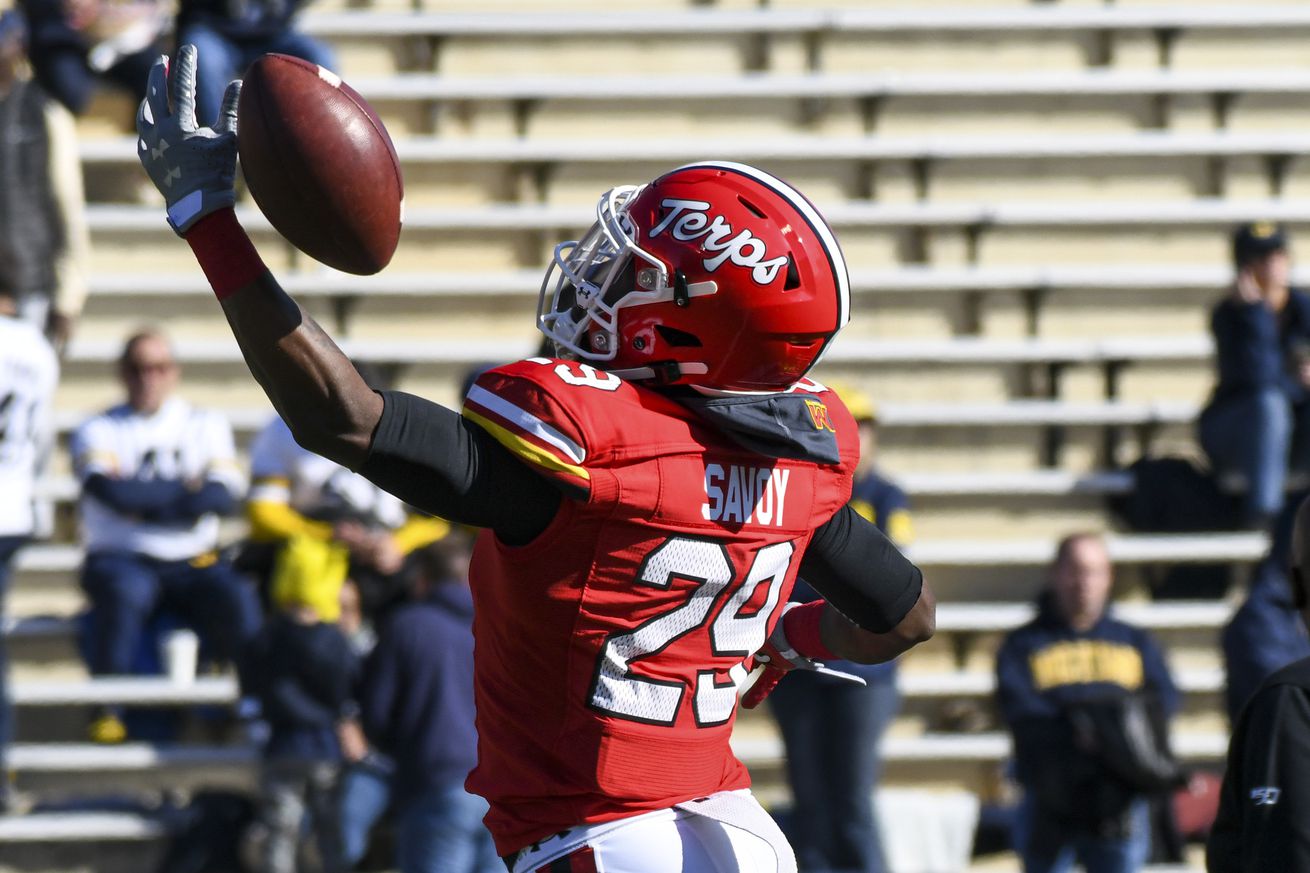 Savoy had been listed as the Terps’ starting slot wide receiver alongside Brian Cobbs but hasn’t played since Maryland lost to Michigan, 38-7, on Nov. 2.

The junior spent two years at Virginia Tech before transferring to Maryland. He was one of two players — along with quarterback Josh Jackson — to come to College Park from Blacksburg, Virginia.

After notching 57 receptions for 642 yards, to go along with 24 carries for 116 rushing yards and six total touchdowns as a Hokie, Savoy spent time as a defensive back in spring practice with the Terps before transitioning back to the offensive side of the ball in the fall.

After fellow wideout DJ Turner received a DUI in September, Locksley announced that the starting slot receiver would miss the remainder of the season, allowing Savoy to take over the starting role.

The D.C. native recorded six catches for 56 yards in his one season as a Terp.

With Savoy gone, Cobbs retains the starting slot position for Maryland’s final game of the season against Michigan State.

Lila was in Atlanta to cover all your favorite Terps in the NBA. Bruno Fernando showed what he’s made of in career-best performance.

Terps in the NFL: DJ Moore continues hot streak with his best game of the season.

Johnny Holliday had an unconventional path to become the voice of the Maryland Terrapins.

I took a look at how No. 5 Maryland men’s basketball is finding life in its zone defense.

If you were ever wondering who on Maryland football could eat the most Thanksgiving turkey, you now have a few candidates.

RB Javon Leake gave a two-parted answer and said twins Breyon and Brandon Gaddy would eat the most turkey.

Maryland football is going with three senior captains for its last game of the year.

Leading us at Michigan State

Don’t forget to vote for Yannick Ngakoue for the Pro Bowl.

A dominant force on the edge

No. 5 Maryland men’s basketball is wheels up to Orlando for the Orlando Invitational.

If you’re driving on I-95, keep an eye out for Jalen Smith and Darryl Morsell.

The team is promoting “Fight Week” for its game against Notre Dame and Illinois next month.

update: Elon changed its mascot to the Phoenix in 2000*

No. 9 Maryland women’s basketball appears to be enjoying the start of Daytona Beach Invitational.

We got some ride lovers over here! pic.twitter.com/wolSajhnV0

Kaila Charles is now the No. 13 all time scorer for Maryland women’s basketball.

With her 13 points in Sunday’s matchup, she passed Tianna Hawkins (1,595).#UnitedPursuit pic.twitter.com/eBtK6JUmW1

The Crognale family is leaving quite a legacy with Maryland men’s soccer.

“Katie Myers is what you call a fierce competitor.” – @ScottABC7 @_katiemyers23 tells her story of coming back from three knee surgeries and now dominating in the Big Ten.

Head coach Adam Hughes is back in Coffee with Coach, looking back on the 2019 season.

As we head into our last two matches, @AdamNHughes takes a look back at the 2019 season.

Maryland men’s lacrosse is still in the football spirit.