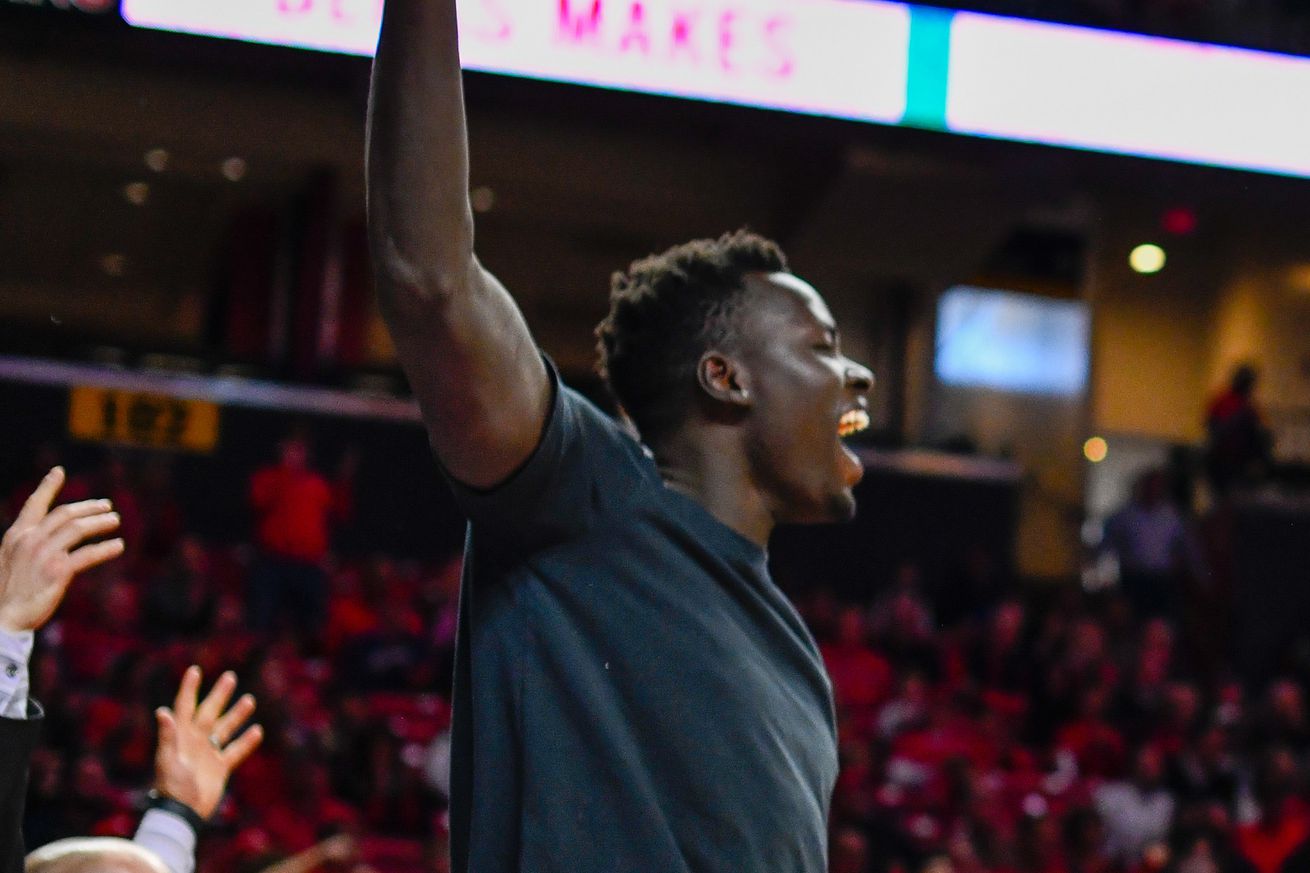 ORLANDO, Fla. — Head coach Mark Turgeon gave an update on the status of freshman Chol Marial Wednesday after his most recent checkup since having a surgery in early September for stress fractures in both legs suffered in high school.

The 7’2 big man was rated as a top recruit in his class as a sophomore but was derailed by injuries throughout his last two seasons. He is now about a month away from being able to return to the court, Turgeon said.

Marial progressed to running up and down the court without contact, participating in shooting drills and played a one-on-one against Will Clark Tuesday.

“The X-rays show that it’s healing. He’s in less pain. So we’re just progressing,” Turgeon said. “He had a pretty good workout yesterday, felt good today. So it’s probably going to be a month progress, you know, as we just try to get better. Hopefully we have no setbacks, that’s really going to be the key, to try to get a little bit better every day.”

It doesn’t sound like the South Sudan native will be playing a major role anytime soon, with Turgeon noting there is a lot of unknowns since he hasn’t played in so long.

“If he’s the Chol that I saw as a sophomore, then he’s really going to help our team, but he hasn’t played a lot in two years. I think we’re going to have to be really patient,” Turgeon said. “But defensively, I think lengthwise, we should be a better defensive team around the rim, should be a better rebounding team too automatically with him back.”

Sean previewed the No. 5 Terps’ matchup against Temple at the Orlando Invitational, which will tip off at 11 a.m.

Matt Levine and I discussed the whole tournament, as well as a special fun topic, on this week’s Testudo Times Podcast.

And here is how you to watch the game against Temple.

Sean and I are in Orlando to cover the entire tournament, so make sure to follow along with our coverage.

The Terps seem to be enjoying their trip to the Sunshine State so far.

Put in that work, too pic.twitter.com/lm4o8watIo

No. 9 Maryland women’s basketball is in Florida for tournament play too, getting set for the Daytona Beach Invitational.

Make sure to go vote former Terps DJ Moore and Stefon Diggs as Pro Bowl selections. The pair have been tearing it up this season.

DJ and Stef are a PROBLEM

Time for two of the best WRs in the league to go to the #ProBowl!

Check out this feature on Maryland volleyball’s Katie Myers.

Not one, not two, but three knee injuries – all to the same knee – couldn’t keep Katie Myers from putting up elite numbers.

The @TerpsVolleyball redshirt sophomore shares her story of battling back to play the sport she loves. #NCAAVB pic.twitter.com/wjZmCOvDLw