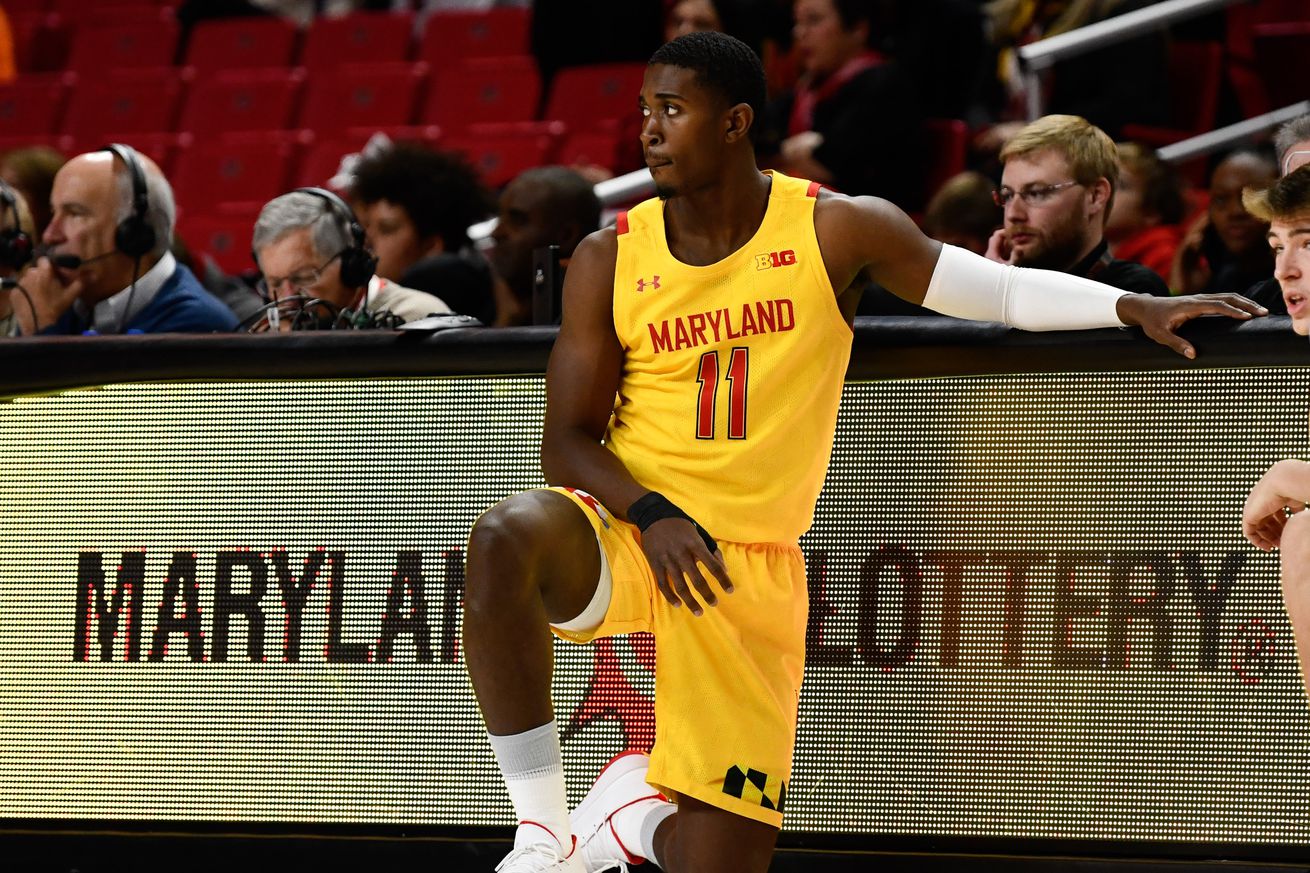 The No. 5 Terps started off the Orlando Invitational with a gritty 76-69 victory over Temple on Thanksgiving. Maryland will now face Harvard in the semifinals of the tournament on Friday at 11:30 a.m.

Thanks to a career high 30-point performance by senior Anthony Cowan, the Terps survived a close quarterfinal matchup against first year head coach Aaron McKie and his Owls squad.

Mired by a slow start — a trend that has defined the Terps this season thus far — Maryland battled through 14 lead changes and nine ties with the Owls. The Terps struggled with 14 turnovers, but when it mattered most, the team showed poise at the free throw line, shooting a perfect 4-for-4 in the final seconds.

With a lot of the top teams in the country losing this week — most notably Stephen F. Austin shocking No. 1 Duke at Cameron Indoor Stadium — Maryland can capitalize with a first place finish this weekend. But first, it needs to get past Harvard.

The game will be televised on ESPN2.

Anthony Cowan Jr. messed around and dropped 30 points against Temple. Check out some of his highlights.

Here are some more highlights from the game.

Check out what head coach Mark Turgeon and the No. 5 Terrapins had to say to the press after their victory over Temple.

The teams of College Park made sure to wish their followers a Happy Thanksgiving.

Thankful for our Football Family ❤️

We have so much to be thankful for ❤️️.#TerpFamily // #HappyThanksgiving pic.twitter.com/Co2sOxcn6D

Thankful for the BEST fans in the country! ❤️

Happy Thanksgiving from the boys! pic.twitter.com/yQi2fq2JtO

From our family to yours, HAPPY THANKSGIVING! #BeTheBest x #HappyThanksgiving pic.twitter.com/9xzCrEzZGp

We have a lot to be thankful for…