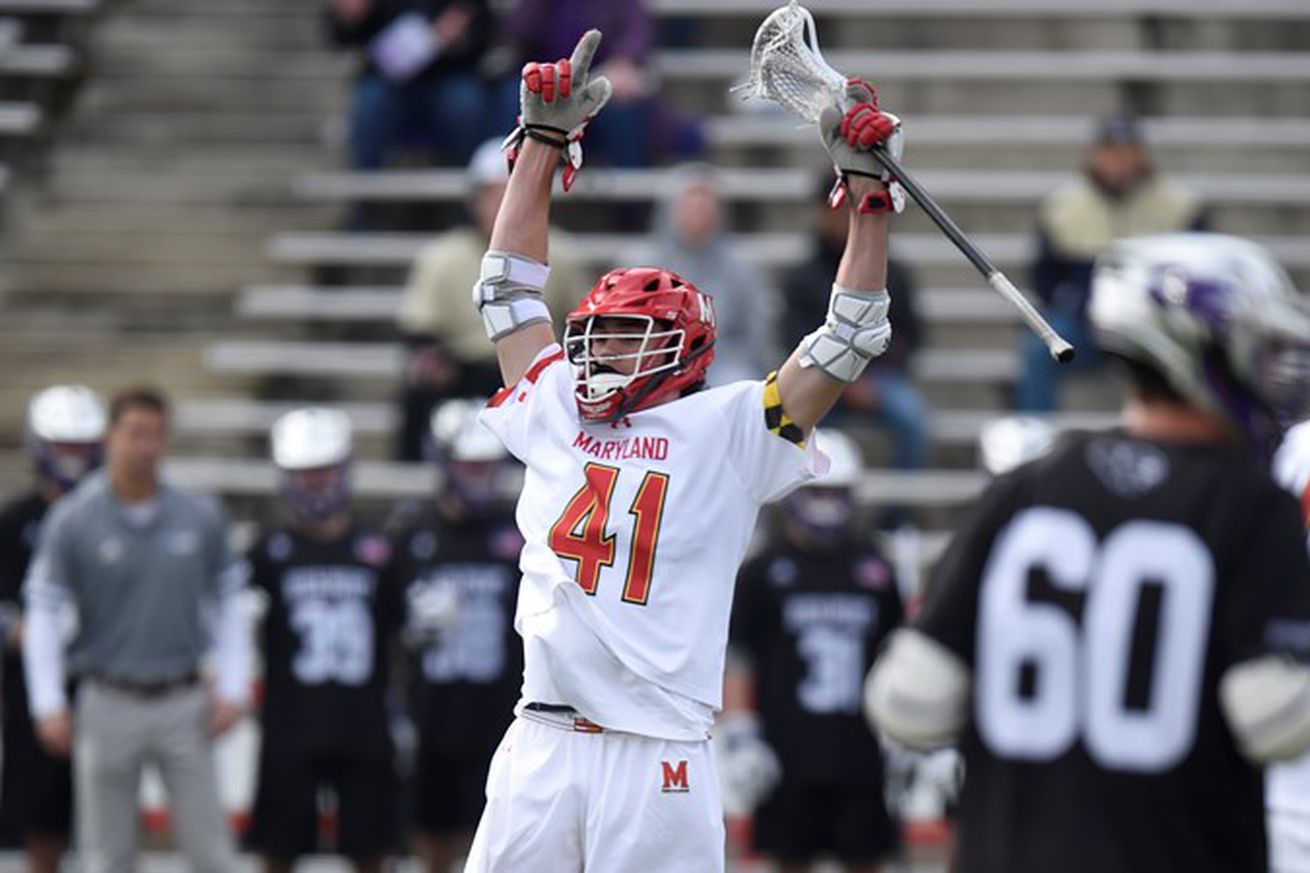 Maryland men’s lacrosse player Jack Brennan was named Big Ten Freshman of the Week Tuesday after a solid performance in the season opening win over No. 20 High Point.

Brennan made his impact early against the Panthers on Saturday, scoring both of his goals within the first five minutes of the game. The Rochester, New York, native’s two goals helped contribute to an explosive 23-12 victory.

Brennan will look to keep his impressive play rolling, as the Terps travel to Richmond this Saturday for their first road game.

In a game that came down to the wire, the Maryland men’s basketball team denied Rutgers the upset to stay undefeated at home and keep their win streak rolling.

Maryland football’s Tyrrell Pigrome is reportedly entering the transfer portal ahead of the 2020 season.

Check out the photos from Maryland women’s basketball victory against Michigan State in the latest addition to the photo gallery.

After suffering a loss to No. 2 Penn State, the Maryland wrestling team reconvened at coach Alex Clemson’s house for a super bowl party.

Maryland men’s basketball is knocking on the door of sole possession for first place in the Big Ten standings.

With No. 16 Michigan State losing at home to No. 22 Penn State tonight, No. 9 Maryland men’s basketball is officially tied for first place in the Big Ten standings.

The team the Terps are tied with? No. 20 Illinois, who they play on the road Friday night. Circle it.

Caption this photo of Jalen Smith’s celebration after a big dunk.

.@JalenSmith2000 had a big celebration after his dunk tonight.

Former Terp Kevin Huerter was a big fan of this play from the game.

I stood up in my hotel room and flexed with him. Not even kidding https://t.co/lB49Qt7T8c

With some spots in next year’s rotation currently open, Mark Turgeon appears to be working the transfer portal.

Maryland men’s basketball is working on a couple prospects with its open scholarships — including grad transfer Patrick Tape.

He would have one season remaining. https://t.co/Jfz4lovvwH

The football team is back in the weight room, already gearing up for next season.

Guys are getting after it

Incoming Angel Reese is one of semifinalists for the Naismith High School Trophy! #FearTheTurtle // @Reese10Angel pic.twitter.com/opCvzG9l2z

Check out some highlights from Brenda Frese’s team’s latest victory.

“It’s a ℕ night when you share the basketball the way we did and when you shoot it as well as we did.”

After scoring a career-high in goals, Logan Wisnauskas was named to the USILA Team of the Week.

A much deserved @USILA_Lax Team of the Week nod for Logan Wisnauskas! #BeTheBest

The Maryland women’s lacrosse season is right around the corner, and that means “Thumbs Up!” is back. Check out the latest episode.

Thumbs Up! is back!!

Episode One: Can You Feel It?!

Lizzie and Meghan Doherty try to guess the item in the box pic.twitter.com/hDRqqHglbZ

With a pair of wins over top-100 singles opponents, Ayana Akli from @TerpTennis is the #B1G Women’s Tennis Athlete of the Week. pic.twitter.com/2KZ1wvjjxS