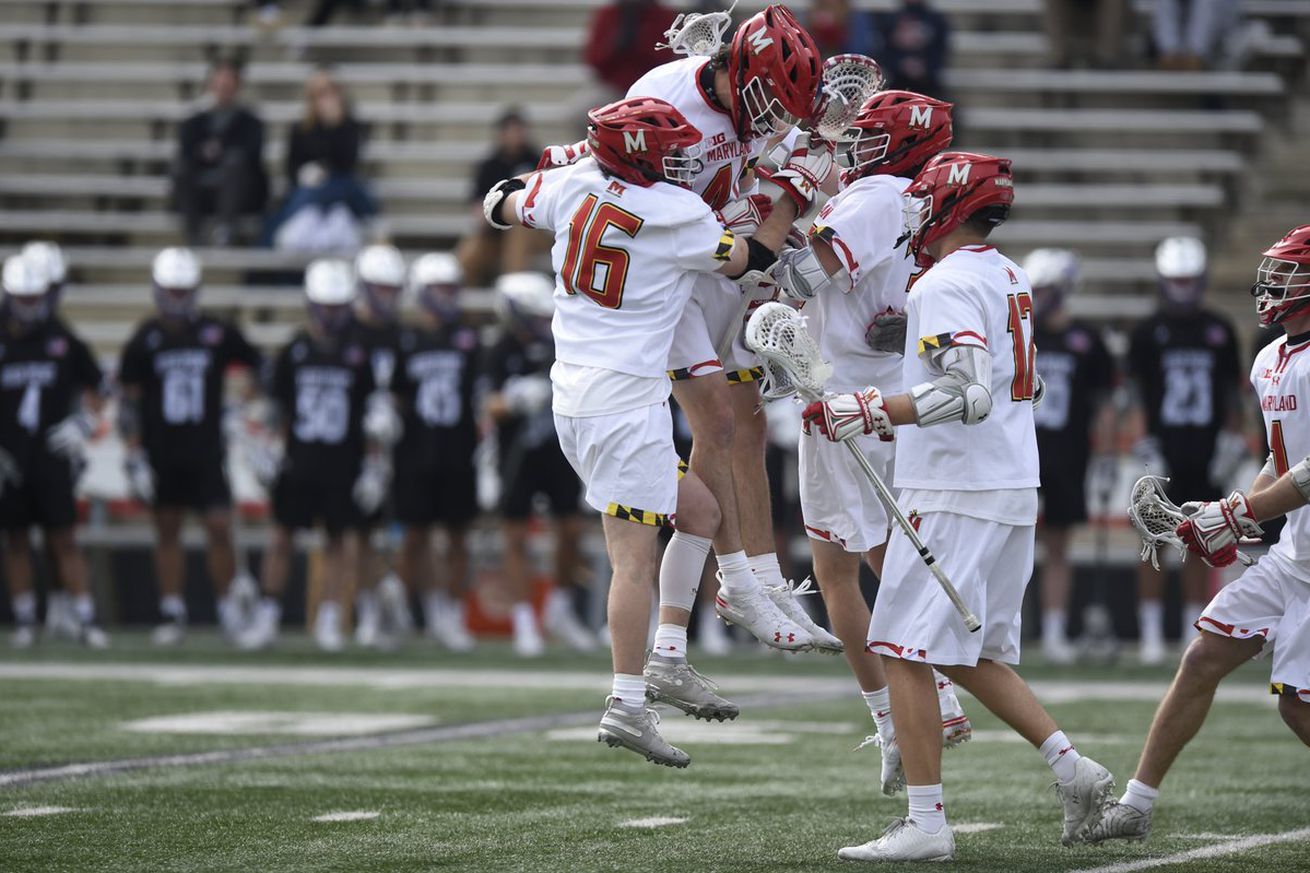 The Terps start the 2020 season off with a dominant victory.

Entering the second half of Saturday’s game, No. 4 Maryland men’s lacrosse was struggling to put away No. 20 High Point, only up two goals. But the Terps picked up some momentum to start the third quarter.

Near the 12 minute mark, junior midfielder Anthony DeMaio hit fellow junior attackman Logan Wisnauskas with a beautiful behind-the-back dish. The attackman was right in front of the Panthers’ goal and converted, putting the ball in the back of the net to give Maryland a 12-7 lead it would never look back from.

Entering the 2020 season, Maryland expected to have a high-power offense — after all, it did return its top four leading scorers from last season. The explosive offensive was on full-display Saturday as the Terps used all their weapons to roll to a 23-12 victory over No. 20 High Point.

“We did a pretty decent job of moving the ball today. Just everyone was on the same page. Our coaches really prepared us and the scout team gave us a great look through the week, so we kinda knew what they were going to throw at us,” said junior midfielder Bubba Fairman. “We were just communicating great, so we got a couple good looks.”

Coming into Saturday’s contest, Wisnauskas and Fairman were expected to command the potent offense and they did just that. Wisnauskas, who led the team in points last season, was peppering the net all game. He took 13 shots, finishing with a career-high six goals.

Fairman was a passing savant. He constantly found his teammates in the right spots, finishing with a career-high five assists.

“We’re a really unselfish group. Bubba had six assists. It’s easy to play with guys like Jared (Bernhardt). Jack Brennan shot us out of the hole in the first quarter,” Wisnauskas said. “It’s kinda easy playing with those guys, you just move off of them. They see the game how you see it.”

In addition to the duo’s showing, senior attackman Jared Bernhardt had four goals and an assist, while freshman midfielder Jack Brennan, junior midfielder Roman Puglise and DeMaio each had two goals apiece.

The scoring got started early for the Terps in this one. Junior Justin Shockey won the opening faceoff and eight seconds later, Puglise put the ball in the net to put the Terps up 1-0. The hot start continued when Brennan scored his first two career goals, both assisted by Fairman.

High Point would not fade away though, scoring back-to-back goals to cut the lead to one heading into the second quarter. Midfielder Hunter Vines netted one for the Panthers, giving them their first lead at 5-4.

However, Maryland quickly responded with goals by Puglise and Wisnauskas, who converted an opportunity with 1:40 remaining in the quarter to give Maryland a 9-7 lead heading into the break.

In the second half, the Terps tightened up defensively and used their attack to pull away. In goal for the Terps, Georgetown transfer Chase Brandau got his first start, and in the third quarter he showed why Tillman went to him. He saved five shots and the Terps held the Panthers scoreless for just under nine minutes to start the third.

The fourth quarter was much of the same for the Terps. Dominating possession, Maryland was constantly playing with the ball on High Point’s side of the field. Maryland tacked on eight more goals in the final quarter to finish with 23 in a dominant start to the 2020 season.

1. Chris Brandau gets the start in goal. As the season opener approached, it remained to be seen who the starting goalie would be for Tillman’s squad. Junior Drew Morris had the most experience for the Terps in goal, but Tillman elected to go with the Georgetown transfer Brandau instead.

Brandau appeared in nine games last season for the Hoyas, starting the last two, and he was solid in his debut for the Terps. Despite allowing 12 goals, Brandau saved 15 shots and made some impressive plays. Given that High Point also has an explosive offense led by Asher Nolting, it was a positive debut for the sophomore.

“I liked his body language. I liked his presence. He made some saves early. They got inside on us and they’re ones that it’s just tough. But he didn’t flinch, stayed positive and cleared the ball well,” Tillman said. “It’s hard to believe that’s his third start ever.”

2. Justin Shockey saw the most face-off opportunities. With the departure of Austin Henningsen, who the faceoff specialist for the Terps would be remained a big question. But it was Shockey started in the faceoff X for the Terps.

Shockey had a so-so first half, as the Panthers won the faceoff battle 11-7. But he was much improved in the second, constantly giving the Terps possession which led to scoring opportunities.

“Justin Shockey did a great job picking up the face-offs,” Wisnauskas said. “Giving us that possession so we can get in that rhythm, get those three goals at the beginning of the quarters.”

In addition to Shockey, freshman Connor Calderone also got a chance to win some faceoffs. Calderone struggled, only winning 3-10.

3. Maryland is on pace for a historic offensive season. It’s only one game, so this is obviously a small sample size, but this group clearly has the skills to be a dangerous offensive team. After a slow start, the group put together 20 goals in the final three quarters. They attempted 70 shots, 44 of which were on net.

Wisnauskas, Fairman and senior Jared Bernhardt were expected to lead the team and Saturday they did just that. Wisnauskas and Bernhardt combined for 10 goals.

But role players also did their part to contribute to the dominance. The aforementioned Pugliise and Brennan had two goals a piece, as did DeMaio. The upcoming schedule does Maryland no favors, so it will need to continue this offensive production if it wants to stay unbeaten.