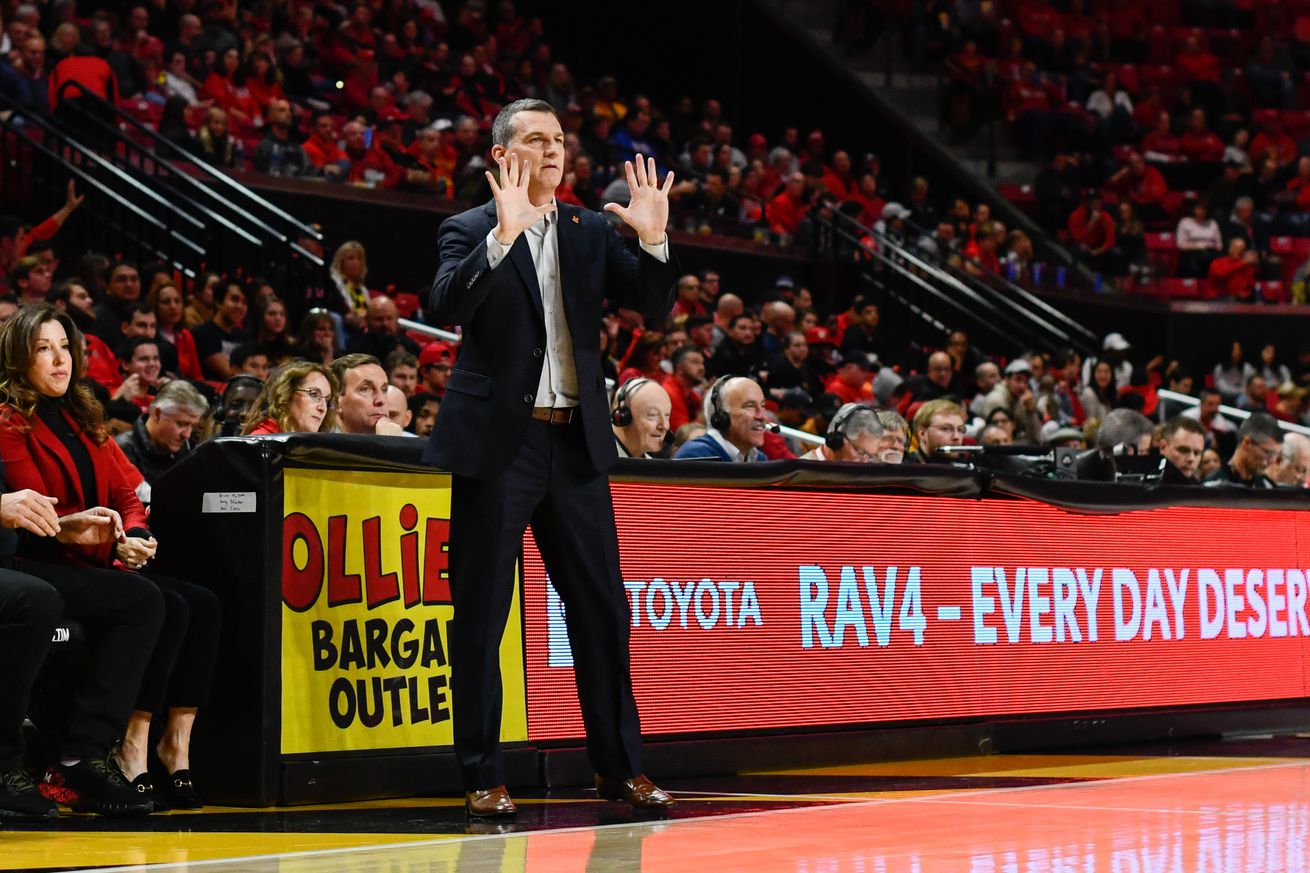 The Terps kick off the Orlando Invitational with an AAC opponent.

After not playing in an early-season tournament last year, the Terps are spending their Thanksgiving in Florida for the Orlando Invitational, presented by AdvoCare. They’ll play three games in four days, with Saturday being the only off day.

Friday’s and Sunday’s opponents are currently unknown — and will stay that way until the first round plays out. But Maryland knows its first foe, as it’ll face off against Temple to kick off the holiday weekend.

Thursday’s game is scheduled to tip off at 11 a.m. ET, and will be televised on ESPN2.

Head coach Aaron McKie is in his first season in charge of the Owls, though he’s been with the program for a long time. He played three seasons for Temple from 1991-94, which led to a 13-year NBA career that included a Sixth Man of the Year Award in 2001. After retiring in 2007, McKie served five seasons on the Philadelphia 76ers coaching staff before returning to his alma mater. He was an assistant under legendary head coach Fran Dunphy since the 2014-2015 campaign, and this April, he was handed the keys to the castle.

“I love their coach. Aaron was the Sixers when I was with the Sixers, or he was on the team, I was an assistant coach. So I’ve known him forever,” head coach Mark Turgeon said. “I’m going to tell him when I see him, he’s making it looking to easy. Coaching’s not this easy, to be undefeated the way he is, and he’s doing a great job.”

Nate Pierre-Louis, junior guard, 6’4, 205 lbs, No. 15. Pierre-Louis served as a reserve scorer off the bench as a freshman, but last season, he broke out for the Owls. He nearly doubled his output in all major stats, posting averages of 13.3 points, 5.8 rebounds and 2.1 assists. And while the season is just four games old, Pierre-Louis has emerged into a star. He’s currently averaging a double-double with 15.8 points and 10.8 boards — the latter of which leads the AAC — while also racking up a team-high 14 assists.

Quinton Rose, senior guard, 6’8, 195 lbs, No. 1. Rose is in his third year as a starter for the Owls, but it’s his fourth as a double-digit scorer. In 102 games (75 starts) for Temple, Rose has averaged 13.9 points, 4.0 rebounds and 2.2 assists. His junior campaign was his best from a scoring perceptive, as he averaged 16.3 points per game while stealing a career-high 2.2 steals per contest. So far this year, Rose is averaging 15.0 points per game.

Alani Moore II, senior guard, 5’10, 180 lbs, No. 0. After starting as a freshman for Temple, Moore was demoted to a reserve role the past two seasons. He struggled to get consistent playing time, seeing his minutes slashed in half from the 2016-17 to 2017-18 campaigns. However, as a senior, Moore is back in a starting role, and he’s made the most of his opportunities thus far — he’s currently averaging 9.8 points per game while adding 3.5 rebounds and 2.5 assists.

Defense. While Temple has had issues scoring the basketball at times (more on that later), opposing teams have been helpless offensively through the early going. The Owls are allowing opponents to shoot just 36.3 percent from the field and 29.8 percent from beyond the arc, which rank first and fourth in the conference, respectively — the former also ranks 29th in the country.

Shooting. Temple is currently averaging 71.2 points per game, which ranks ninth in the American out of 12 teams. While the Owls rank slightly above average in terms of offensive efficiency — 118th in the nation, per KenPom — they’ve struggled mightily in shooting the basketball. Temple is currently hitting just 39.1 percent of its field goals — last in the conference and 315th in the country — and 29.6 percent of its three-pointers — ninth in the AAC and tied for 275th nationally.

1. How will Maryland fare away from home? While the Orlando Invitational won’t be a true road game — none of the tournament’s eight teams are within the general vicinity — these three games will still be the Terps’ firsts away from the Xfinity Center. As good a team as Maryland appears to be, straying away from its comfort zone could bring about some difficulties early on.

“This is our first road game, per se,” Anthony Cowan Jr. said. “[I told the team], ‘just be ready for adversity, be ready for the crowd going against you.’”

2. Can Maryland continue its incredible tournament success? The Terps have won five straight early-season tournaments under Turgeon, and while the bracket is comprised of some talented programs, they’re the best team of the bunch. Maryland enters as a top-five team in the country, but the competition thus far has been suspect, to say the least. This will be the team’s first true test of the season, and how it handles it will be interesting.

“It’s a huge challenge because you’re playing a whole bunch of teams that you really don’t got that much time to scout against. Like any other team, we probably have like a day or two to scout against them, now it’s like we got probably a night to scout them,” Jalen Smith said. “But it’s a learning experience for everybody and just a challenge for the freshman, so we’re ready for it.”

3. Will Temple be able to hang around after halftime? So far this season, Maryland has gotten out to a slow start in each of its first five games, but by halftime, it was out to a lead. And in the second half, the Terps completely pulled away for a blowout victory. Temple is the best team the Terps will have played to this point, per Turgeon, and if they get out to a slow start, it could prove to be too difficult pull away from the Owls for a comfortable win.

“The second half is their best half by far,” Turgeon said. “They really played at a high level in that half [in the win over USC] and showed you what they’re capable of.”