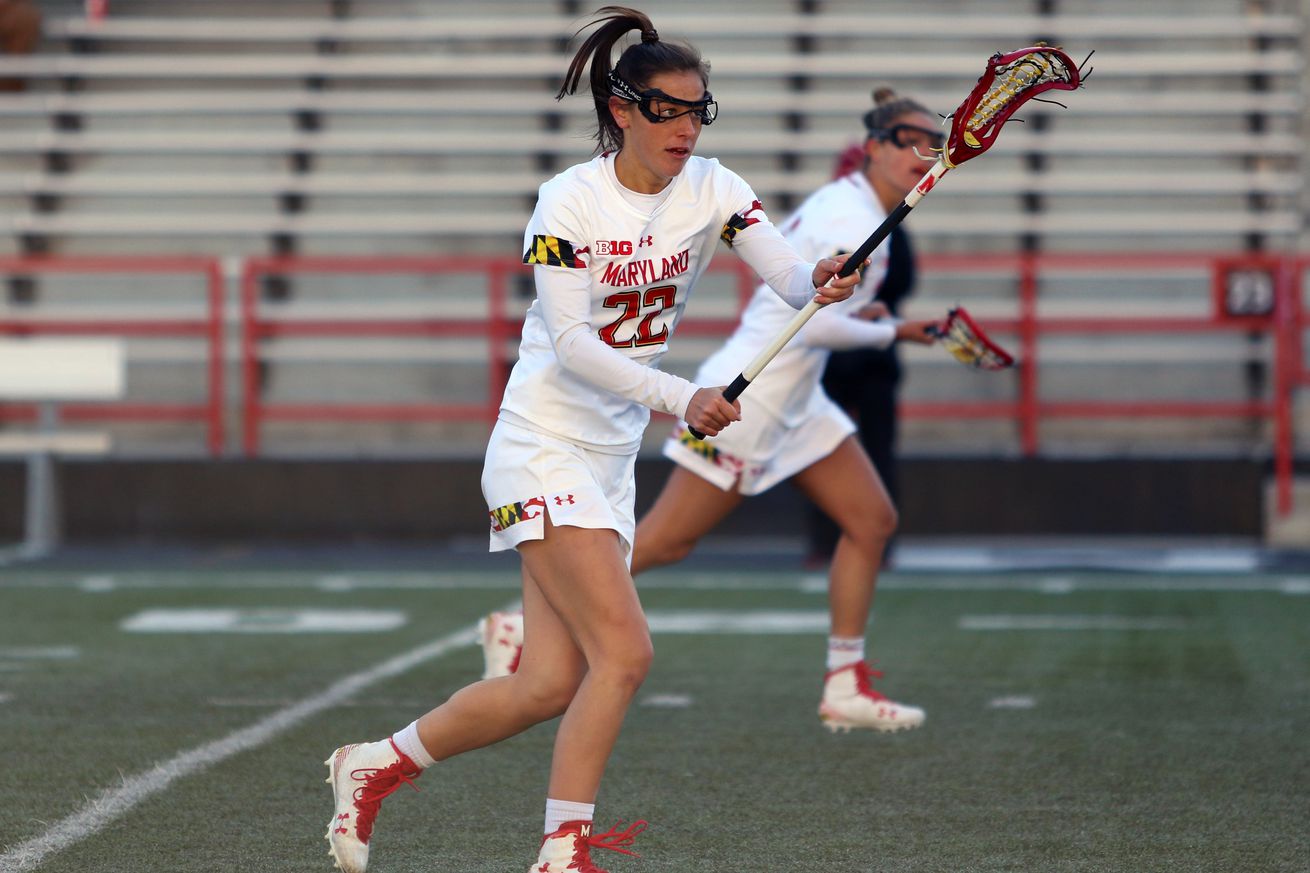 The defending national champs will look to continue their success into the new decade.

Maryland women’s lacrosse is ranked No. 1 in the nation fresh off a 2019 season in which it emerged as national champions in a 12-10 victory over Boston College.

Head coach Cathy Reese has reverted the program back to its perennial powerhouse days in the late-90s since taking over in 2007. Despite the top ranking, the Terps face significant turnover following the departure of their top three goal scorers and 2019 Tewaaraton Award winner Megan Taylor.

Here’s how the Terps shape out for the 2020 season.

The star trio of Jen Giles, Erica Evans and Caroline Steele is gone. Midfielders Giles and Evans chipped in 59 goals apiece in 2019, while Steele scored 53 goals in four fewer games than the aforementioned duo due to injury.

Giles served as the leader every successful team seeks. In her four years at Maryland, she compiled an impressive 268 points despite not starting a game until her sophomore season. Giles — who was as much of a leader off the field as she was on — will leave big shoes to be filled.

Evans played collegiately for the Canisius Golden Griffins before making an immediate impact in her only season as a graduate student for the Terrapins. The Canadian fit in seamlessly, starting all 23 games and ending the season on a torrid 32-goal stretch over the final nine games.

Steele consistently produced throughout her Maryland career, starting in every game she played en route to a career tally of 205 goals. In her final game as a Terp, Steele provided the first two goals of the championship victory over Boston College.

Taylor cemented herself as one of the all-time great goalkeepers during her tenure at Maryland. In her final season, she won the Tewaaraton Award for her outstanding play — the first goalie to ever win the prestigious honor. Her accolades are endless, and the Terps will endure a huge change between the pipes in 2020.

Despite all the departures, there’s a reason the defending champs are ranked No. 1 in the Inside Lacrosse preseason rankings; Maryland will return many catalysts of its 2019 championship run.

To make up for the void in the scoring department, the Terps return the fifth- and sixth-leading goal scorers from last season in Brindi and Grace Griffin.

Recently named the Big Ten Preseason Player of the Year, senior attacker Brindi Griffin is riding a wave of momentum heading into her final year at Maryland. She churned out nine goals in the Final Four of last year’s tournament and is certainly a candidate to lead the team in goals in 2020.

Midfielder Grace Griffin was the only junior named a captain for the upcoming season as she continues to ascend in the Maryland record books. Since becoming a starter in her freshman year, she has been a staple of Reese’s lineups the past two years and will look to build on her contributions as an underclassmen.

Despite not cracking the captain’s list, senior attacker Kali Hartshorn has a chance at making Maryland history this season. In 2019, she recorded 137 draw controls to extend her collegiate career total to 388 over three years. Now trailing only the legendary Taylor Cummings on the draw control leaderboard for the university by 121, a record-breaking season for Hartshorn is certainly within the realm of possibility.

The remaining two captains come on the defensive side of the field, but the Terps will have to deal with more adversity than assurance surrounding their defense. Senior captain Lizzie Colson suffered a torn ACL over the summer and will miss the entire season.

Maryland will have to rely on their only returning defensive starter in senior captain Meghan Doherty — who forced 17 turnovers in 2019 — to maintain the team’s stellar defensive identity. Despite the hole on the defensive end on the field, Doherty believes Colson’s alternate perspective will pay its dividends for the Terps.

“We lose Lizzie on the field but we haven’t lost her at all,” Doherty said. “Our freshman are absorbing everything up and the new people on the field are wanting to get better.”

With Taylor gone, junior Madison Hine and sophomore Maddie McSally are the top candidates to take over the reigns at goalkeeper for Reese’s squad. It is yet to be seen how long that competition will go on, if the two will share time on the field.

Maryland didn’t bring in any transfers this offseason, but it still boasts a plentiful amount of newcomers — the team has 12 freshman as a part of its nationally recognized recruiting class.

The midfield duo of Shaylan Ahearn and Emma Schettig ranks as the fourth- and fifth-best players in Inside Lacrosse’s 2019 recruit rankings, respectfully. The two Under Armour All-Americans will look to lead the new decade of Terps talent.

Also member of Inside Lacrosse’s top-10 is Hannah Leubecker, who was the highest-ranked attacker in 2019 and could contribute early in her career behind captain Brindi Griffin.

Maryland brought in the highest-ranked defender as well in Catherine Flaherty. The New York native will look to translate her game to the collegiate level and become a defensive anchor for the Terps in the coming years.

As the search for Taylor’s replacement lingers into the season, freshman Emily Sterling could be in line for significant minutes in her first year at College Park. The four-star recruit out of Bel Air, Maryland, figures to be in the mix at goaltender this season as the Terps look to recapture the consistency found in goal with Taylor in recent years.

At spring media day, Reese stressed the fact that the team will remain focused on one game at a time. With that being said, it’s hard to ignore the void left at goalkeeper with the departure of Megan Taylor.

“Different year, similar situation where we graduate these people who had stellar careers in Maryland uniforms,” Reese said. “In the history of Maryland lacrosse you graduate great players every year, but people are ready for their opportunity to step in and fill roles.”

A lot of new faces will emerge throughout the season for the defending national champions, but the Terps are battle tested and ready for the upcoming season starting at the top of the mountain.

“We enjoyed that celebration surrounding that championship, but like any year you reset, you refocus, you reload,” Reese said. “We’re ready to go and we are excited about what 2020 has for us.”

Maryland kicks off its season on the road against George Mason on Feb. 8, followed by its home opener against No. 19 Florida on Feb. 15. The big clash against No. 2 North Carolina will take place in Chapel Hill, North Carolina, Saturday, Feb. 22 at 1 p.m.