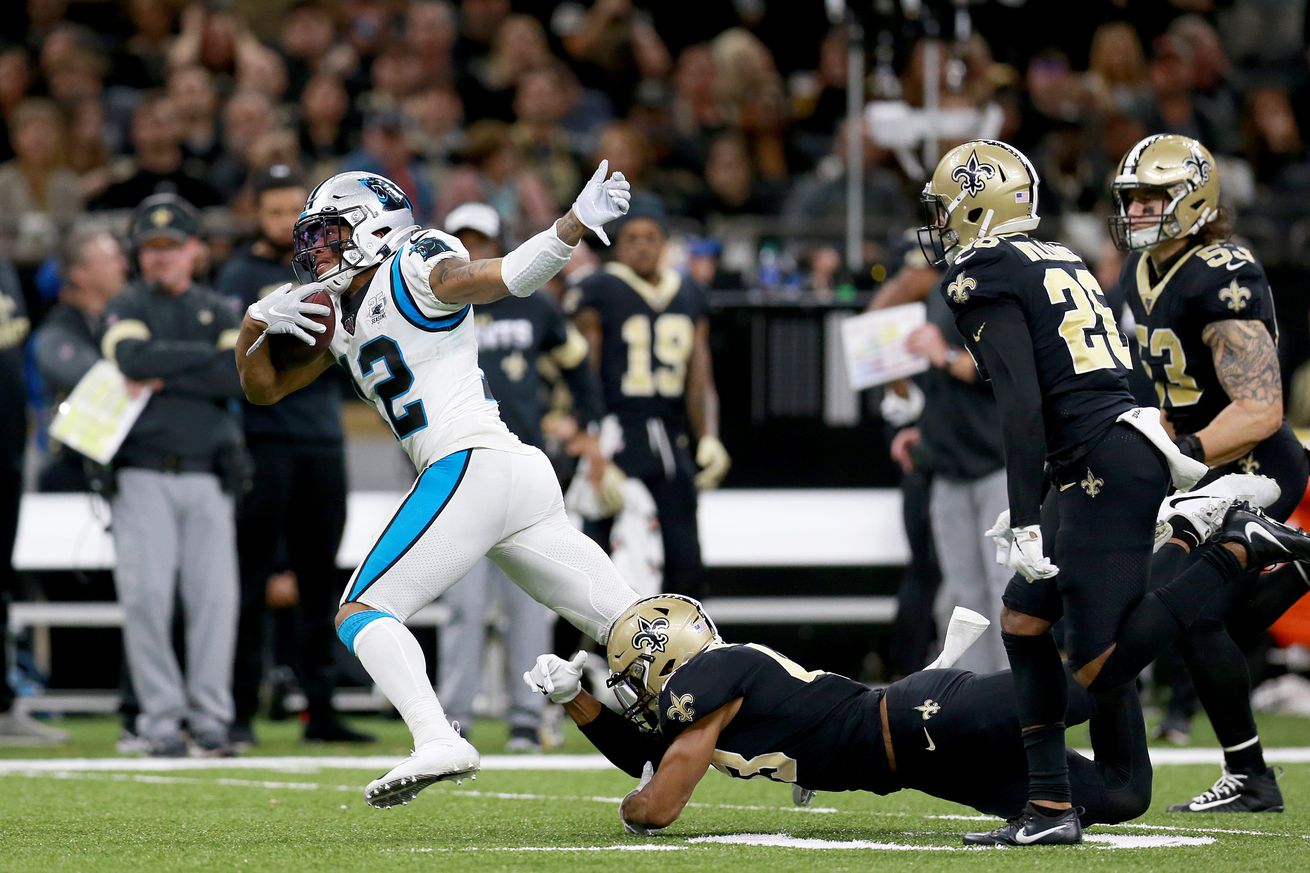 Here’s how former Terps performed in the Week 12 of the NFL season.

DJ Moore is a budding star in the NFL, and on Sunday, he turned in a career-best performance in the Panthers’ 34-31 loss to the Saints.

Moore had his best game of his NFL tenure, scoring two touchdowns and catching six passes for a season-high 126 yards. He also recorded one rush for eight yards. The former Terp has now recorded four straight games with at least 95 yards receiving and adds his second 120-plus yard receiving game to his season totals.

DJ Moore finally gets his second touchdown of the season! This one on a 51 yard bomb. #HeATerp pic.twitter.com/YfJOwMXM9W

The former first round pick has really broken out over the past four weeks, and his numbers speak for themselves. Moore is now fifth in the NFL in receiving with 905 yards, only behind Michael Thomas, Chris Godwin, Mike Evans and Julio Jones. Moore is ahead of fellow Terp Stefon Diggs, who ranks seventh with 880 yards.

DJ Moore with his second TD of the day! The former Terp now has 6 catches for 126 yards and 2 TDs. #HeATerp pic.twitter.com/Up6tX3NTeX

Moore had struggled all season to score touchdowns, only tallying one prior to Sunday’s game. But he showed in this game he is more than capable of finding the end zone — Moore’s first touchdown came on a 51-yard bomb and his second came on a two-yard slant near the goal line to tie things up late.

“For a second-year player, just courageous,” coach Ron Rivera told media after the game. “He stepped up. When we needed him to be out there, he went out there and that’s hats off to him. When young guys learn how to win, you’re going to be a good football team, and I think DJ knows how to win. Hopefully, we can all understand what it takes and we can all continue to grow and get better.”

If Moore can keep up this strong play throughout the final five weeks of the season, he will have a very strong case to make the Pro Bowl in just his second year in the NFL. Panthers great Steve Smith once said that no one had been able to replace his greatness for the team at wide receiver until the team drafted Moore. Through almost two seasons in the NFL, it appears Smith was spot on in his assessment.

Yannick Ngakoue had yet another strong performance for the Jaguars in their 42-20 loss to the Titans. The former Terp recorded two tackles, one of which was a strip sack and recovery early in the second quarter.

Huge strip sack and recovery for Yannick Ngakoue. His second week in a row with a strip sack and his sixth sack on the season. #HeATerp pic.twitter.com/6xTKxjZgfq

Although the Jaguars have been playing quite poorly as of late, Ngakoue has been far from the issue. The former third round pick has now recorded four sacks in his past four games and has seemingly shaken off the rust after a tough start to the season.