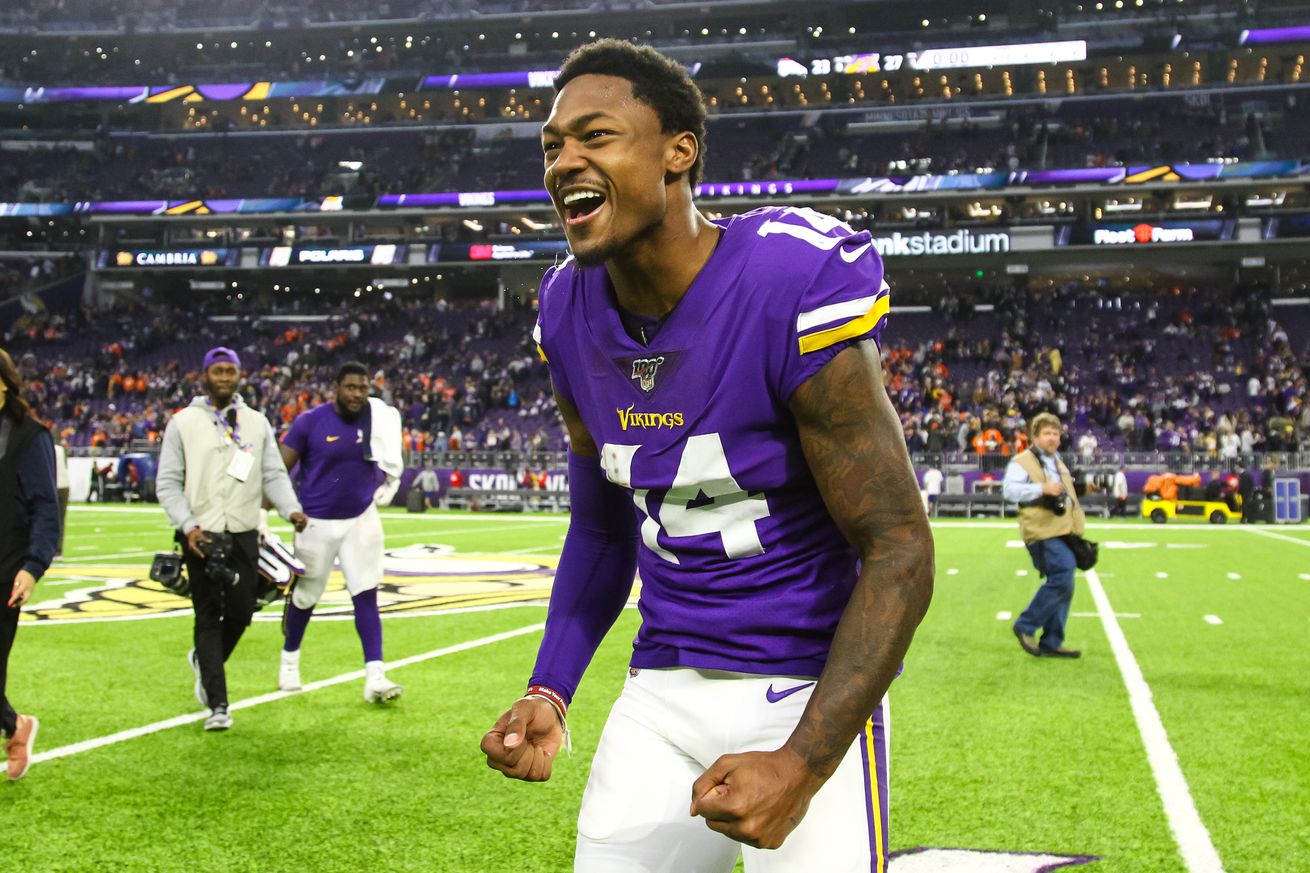 Here’s how former Terps performed in the Week 11 of the NFL season.

Stefon Diggs’ 2019 campaign has featured many peaks and valleys throughout the first 11 weeks of the season, and Sunday’s 27-23 comeback win against the Broncos will go down as one of his best performances of the year

Going into this matchup, many fantasy analysts and NFL pundits predicted that this game would be extremely tough for Diggs as he was matching up against Chris Harris Jr., one of the top cornerbacks in the league.

In addition to the tough matchup, the Vikings were without Diggs’ fellow star receiver Adam Thielen, which meant all of the secondary’s attention would be placed on the former Terp.

However, Diggs proved all the analysts wrong and put together a stellar performance that saw the star receiver catch all five of his targets for 121 yards and a long 54 yard touchdown. On the score, Diggs turned on the jets to motor past Harris and catch the well-placed ball by quarterback Kirk Cousins.

“Kirk threw a hell of a ball as usual. He’s playing lights out and doing a great job,” Diggs said after the game, voicing his support for his oft-criticized quarterback. “You guys need to give him more credit, you guys are hard on him when he isn’t playing well, and right now he’s doing everything he can. I want you guys to give him a pat on the back.”

Diggs also continued to dominate the rest of the NFL when it comes to his shoe game. This week Diggs paid homage to the popular “Women Yelling at a Cat” meme, and as always the cleats were designed by the popular shoe artist Mache.

Yannick Ngakoue came back from the Jaguars bye week and picked up right where he left off before the break. The former third round pick recorded a sack as part of his four tackles during the Jags 33-13 loss to the Colts.

It was a momentous day for Ngakoue as he became the Jaguars second all-time leader in sacks with 34.5 and did so in just his fourth season with the team. The former Terp also joined Von Miller as the only two players over the last decade to register at least 34.5 sacks and 12 forced fumbles through their first 57 career games, according to the Jaguars’ official Twitter account.

Ngakoue now has five total sacks on the season to go along with a pick-six and two forced fumbles. The defensive end should be a strong candidate to make the Pro Bowl at the end of the season.

DJ Moore continued to shine, putting together his third consecutive strong performance, even in the Panthers’ blowout loss to the Falcons 29-3. Moore recorded eight catches for 95 yards on a whopping 15 targets.

Even in Kyle Allen’s worst game of the season, Moore still excelled, and that is very encouraging for the budding-star receiver. The former first round pick is averaging 11 targets per game over his last five, a statistic that should have Moore’s fantasy owners ecstatic.