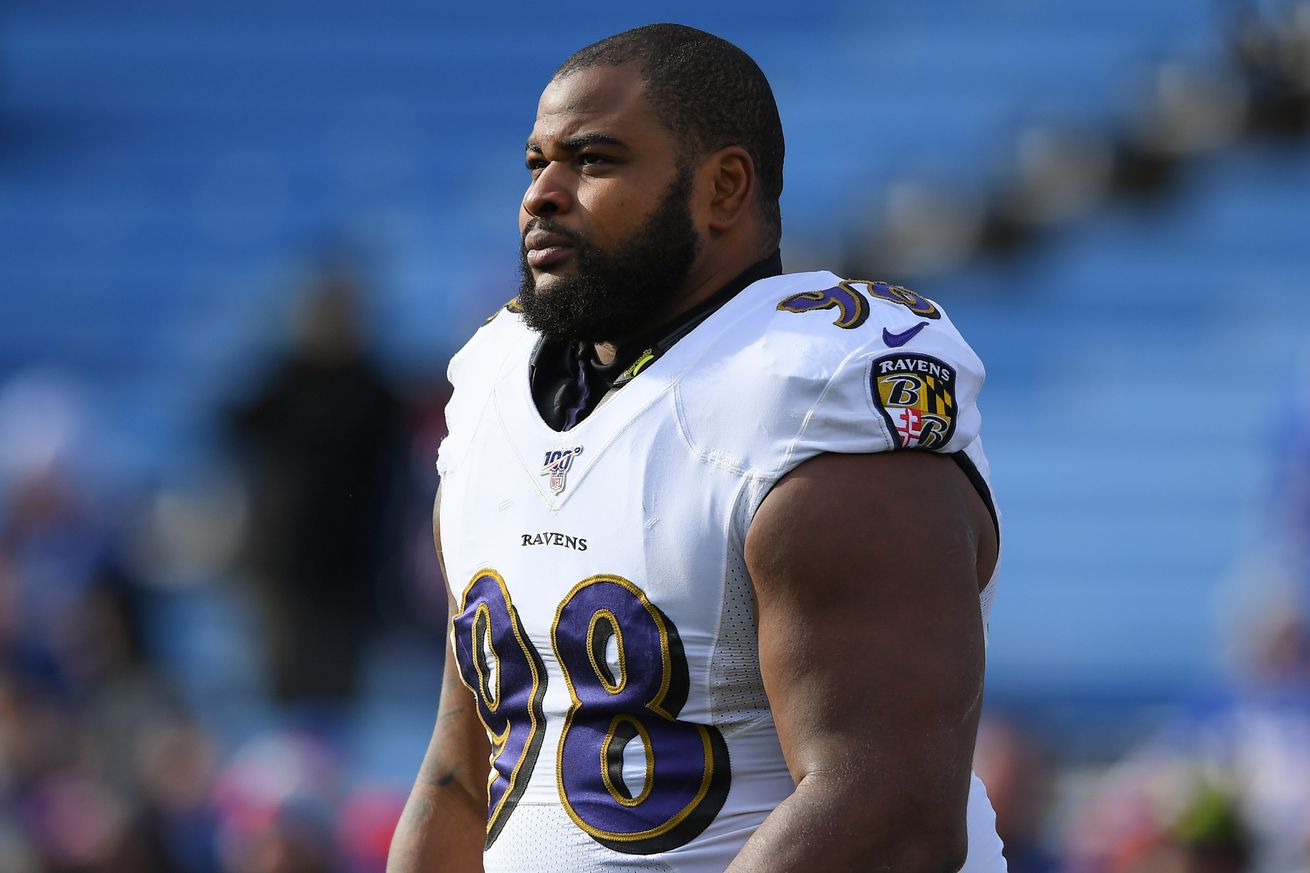 With the offensive grades complete, it’s time to shift focus from one side of the ball to the other, beginning with the defensive line.

You can find links to the prior report card articles below:

The most tenured player from this bunch and one of the few elder statesmen on the entire roster, Brandon Williams put forth a solid campaign in 2019. Williams has never been one to stuff the stat sheet, but rather his value stems from plugging gaps in the front seven and shedding blocks to prevent rushing gains.

This season was no different, although Williams did provide more impact as a pass-rusher than he had in years prior. Williams only recorded one sack on the season, which came against the Seahawks, but posted a career-high five QB hits. For perspective, he had the same number of QB hits over the prior three seasons combined (2016-2018).

Nobody will mistake Williams for being a virtuoso when it comes to pass-rushing, as he still lacks the necessary moves, technique and athleticism to consistently get after the quarterback. Still, it was nice to see him add more production on passing downs than he had in years past and his ability to get push at times was valuable.

Many have speculated over the years that the Ravens would eventually move on from Williams given his large cap number. While he may not necessarily fit into the team’s long-term timeline, a solid showing in 2019 leaves room for optimism heading into next season.

Heading into a contract year, Michael Pierce’s season got off to a rough start before it even began. Pierce struggled with conditioning in the offseason and while he eventually worked his way back into playing shape prior to Week 1, not the best launching pad for a campaign in which Pierce had a lot at stake.

Nevertheless, Pierce was overall solid – abelit unspectacular – in 2019. Pierce didn’t flash anything that we hadn’t seen already throughout his short career but provided a stout, physical presence up front and once again helped prevent runs up the middle.

Like Williams, Pierce has never really offered much as a pass-rusher. However, the former was more formidable in that department than the latter this past season. Pierce had just three QB hits and 0.5 sacks on the season. He had two less TFL than he did in 2018, too.

Still, despite missing two games due to injury, Pierce managed to remain a consistent presence and at times dominant force throughout the year. Overall, a mildly disappointing year given expectations and stakes but hard to harp too much.

How much Pierce garners on the open market this free agency will ultimately determine his future in Baltimore. e

Perhaps the most perplexing player of this bunch, Chris Wormley’s performance in 2019 was nothing to fonder over. However, at the same time, he suited up in all sixteen games and posted career-highs in tackles (33), sacks (1.5) and QB hits (6). So, what gives?

Wormley got off to a rather sluggish start to begin the year bit his play began to tick up as the season progressed, particularly in the second half of the season. His best individual performance came against the Bengals in Week 9, when he recorded four tackles, one sack and a two-yard stuff.

The issue that arises, though, is consistency. These impressive showings were compounded with games in which Wormley was almost a no-show at times, which puts a blemish on his season overall. Still, Wormley was at least a mainstay in the lineup and offered some valuable production at times, so he deserves credit for that.

The bottom line is, though, that in order to earn a second contract following the 2020 season, Wormley will need to become more impactful and consistent, while also making more of an impact a pass-rusher and/or in the turnover department.

The Ravens brought in journeyman DE Jihad Ward ahead of their Week 6 matchup against the Bengals, hoping he’d bring some added juice to the front seven. Most fans may not even have been aware of Ward’s existence at the time but as the season progressed in the second half of the year, Ward began to make a name for himself.

Ward played 37% of defensive snaps in his first game with the Ravens but after that, he wound up seeing over 52% of snaps in all but one other contest – the blowout victory over the Jets in Week 15. There’s a reason that Ward’s snap count was so high; he often did a good job of setting the edge and pressuring the quarterback.

On the surface, his season numbers won’t wow anyone: seven combined tackles, five QB hits and one TFL. However, Ward’s contributions seemingly went beyond the box score and he was part of a slew of midseason acquisitions that contributed to the team’s defensive turnaround.

Same can be said for Domata Peko Sr. A 13-year veteran, the Ravens signed Peko in the wake of Michael Pierce’s injury around Week 11 of the season. While the sample size wasn’t as large as Ward’s, Peko provided a capable and physical presence up front, flashing the ability to get off blocks and stuff the run fairly consistently.

Peko had 14 combined tackles in seven games, three of which he started. While he offered little as a pass-rusher, Peko played his well role given what the Ravens asked and expected of him. Both Peko and Ward provided stabilizing presences. Given the age of each player, though, it’s more likely that the Ravens attempt to re-sign Ward between the two.