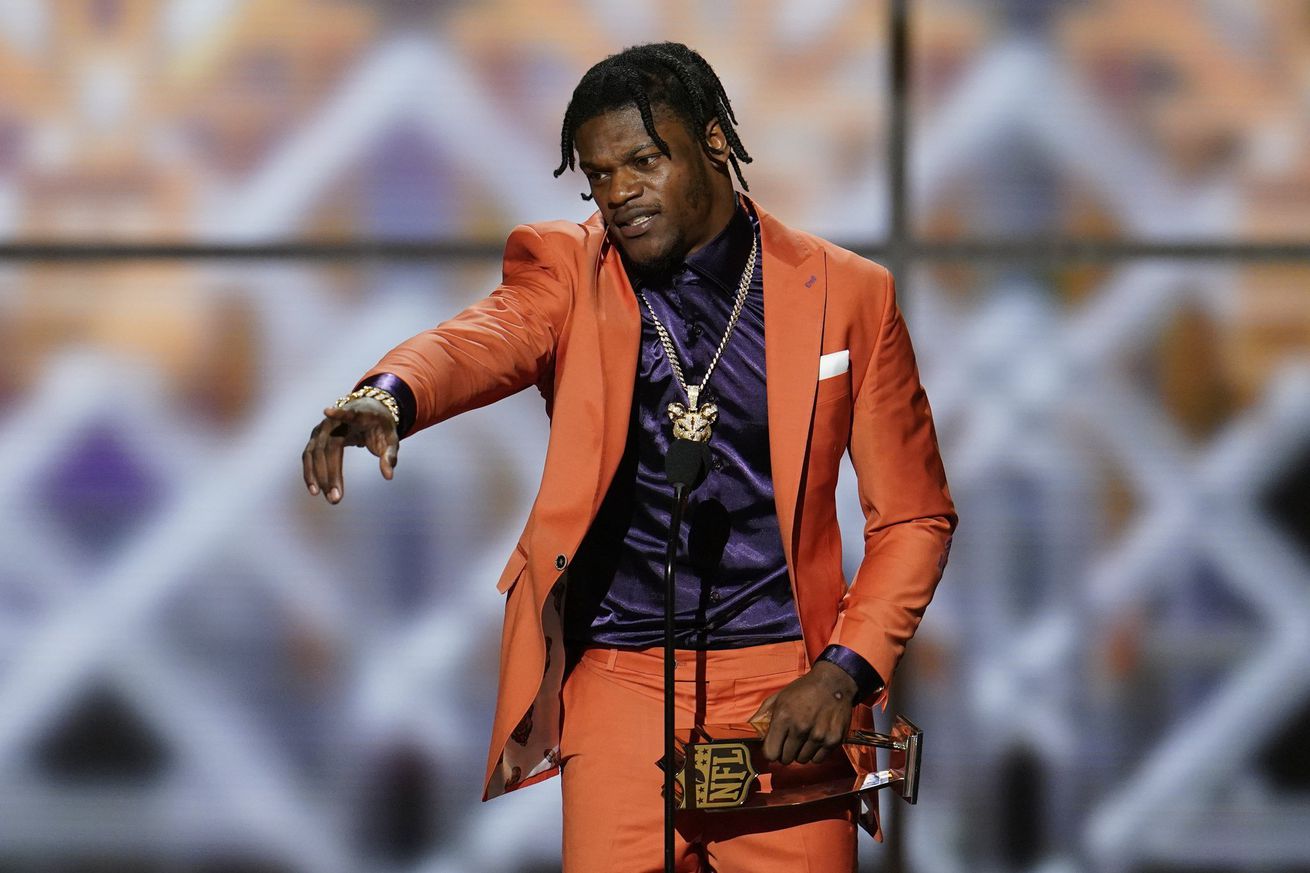 Jackson becomes the second youngest player to win the award

Jackson becomes the second player in NFL history to unanimously win the award, after Tom Brady received all 50 votes in 2010.

The second youngest player to win the award after Jim Brown, Jackson also became the ninth Heisman Trophy winner to win both awards.

Lamar Jackson’s meteoric rise to stardom happened in the blink of an eye. The second year quarterback broke records and provided highlights on a weekly basis, while propelling to the apex of the sport.

Jackson’s ability on the field is only surpassed by his humility off of it. After losing his father and grandmother in the span of a day, Jackson was forced to mature at the age of nine. The humble maturity that Jackson brings as a man, leader and athlete has magnetized not just Ravens fans, but Jackson’s peers, rivals and critics.

That mantra has became a staple of Jackson’s MVP campaign. Work, Jackson did. Following a volatile, yet awe-inspiring rookie campaign, Jackson didn’t have an offseason. Before January of 2019 ended, Jackson had commenced workouts to improve his mechanics.

Baltimore’s very own No. 8 truly embodies the “mamba mentality.” His unrelenting gym-rat work ethic has surmounted in the ultimate individual honor. While Jackson has regularly proclaimed, “we not me” being awarded NFL MVP in his first full season as a starter is resounding proof that Jackson’s hard work has paid off.

The anticipation, excitement and joy that the former Louisville Cardinal has brought to Baltimore, Maryland, the NFL, football world has reached levels of near hysteria. Jackson’s signature moment perhaps occurred on a dreary day in Seattle:

Lamar Jackson takes it himself on 4th and 2!@Ravens take the lead in Seattle. #BALvsSEA @lj_era8

The explosive energy from the moment John Harbaugh, who was named the 2019-20 NFL Coach of the Year, asked Jackson if he wanted to go for it, through his guttural scream following a touchdown run felt like a culmination of all the hard work Jackson has put in since he was a boy.

It was a resounding and emphatic, “YES” to any and all questions that have been asked about Jackson being able to play what many consider the most important position in sports.

Every MVP has their own story of trial and triumph. Jackson’s just feels so real:

When greatness is hiding in plain sight.

Twenty-one months ago, Lamar Jackson sat alone with his mom in the 2018 NFL draft’s green room. His name was the last to be called that night.

Today, he was named the 2019 NFL MVP. pic.twitter.com/vX9C1cCvfZ

Jackson was the first player to enter the NFL draft without representation from an agent or agency. He is bold. He is different. Those adjectives apply both on and off the field.

These qualities often inspire strong opinions, particularly of athletes. Particularly of quarterbacks. Anyone can agree, in Jackson’s case, they certainly have.

Regardless, Jackson will continue to work. If Jackson’s improvement from year one to year two are just the beginning, Baltimore Ravens fans and all football fans are in for a treat for years to come.