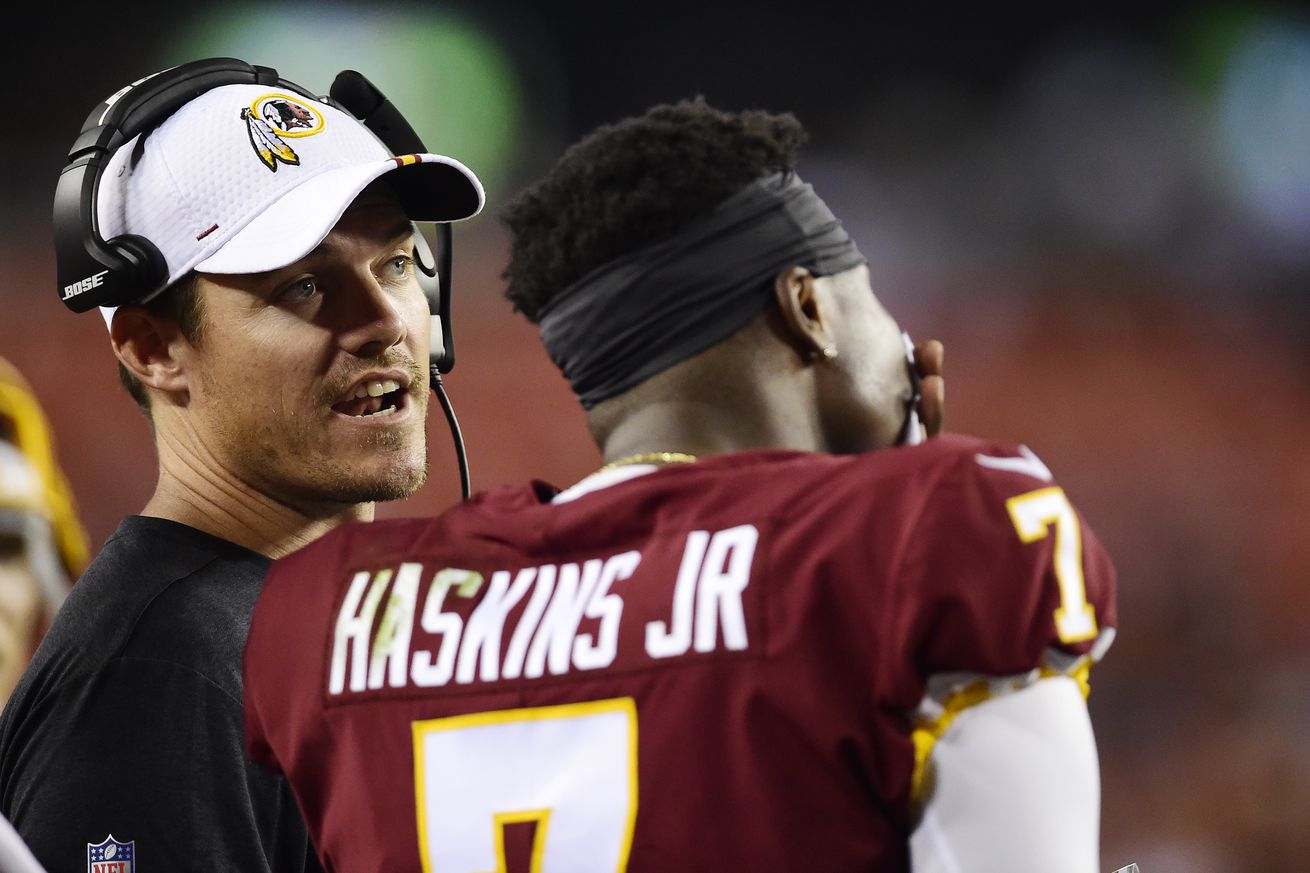 Redskins interim Head Coach Bill Callahan and Offensive Coordinator Kevin O’Connell spoke to the media after today’s practice. There are still questions about the health of several starters heading into Sunday’s home game against the Lions. Chris Thompson could be back which will change the rotation at RB. Kevin O’Connell likes the progress Dwayne Haskins Jr. and other young players are making in this offense.

Callahan at the podium:

Callahan says he expects Peterson and Allen to be up this weekend. Less committal on Thompson.

I think if CT is out, that might change AP’s avail. Adrian’s been battling the toe, but if they need him he’ll go. The time off this week has helped too.

With AP, Guice and Chris Thompson all potentially being able to see snaps on Sunday, Callahan said the rotation is a case-by-base scenario. #Redskins #HTTR

Also not sure how the reps will be split up between AP and Guice and CT (if he plays). Said it will be concept based, just like last week.

Callahan says Geron Christian has progressed – “he’s a 2nd year player that’s ascending. The arrow is up on his play.”

Callahan said he isn’t sure how Kelvin Harmon’s role will change with Paul Richardson being back. Harmon set career-highs in catches (5), targets (6) and receiving yards (53) vs. the Jets.

Of the 3-6-1 Detroit Lions offense, Bill Callahan says “they have it all.”

Callahan said the Detroit Lions have put together a well-designed offense. #Redskins #HTTR

Says Haskins looked more comfortable within the offense as Sunday’s game went on. Also highlighted his mental toughness in response to the pressure he was under. (Jets sacked him six times). #Redskins

Kevin O’Connell to the podium.

He’s “really excited” to see Dwayne go back to work Sunday. Added the Jets didn’t show anything too complicated coverage wise which allowed #7 to settle in and take some shots on their two-deep zone. Said he will look for more of that against DET.

offensive coordinator Kevin O’Connell now up at the podium. Said he loved Kelvin Harmon’s play speed. “He plays fast, he plays physical. The game is never too fast for him.” #Redskins #HTTR

O’Connell says “you can see a nucleus of young players here” as he talks about Guice, Harmon, McLaurin and Haskins among others

“You could see a nucleus of young players here, and it’s fun to watch those guys.”

Mentioned almost all of the rookie draft picks as well as Derrius Guice and undrafted rookie Steven Sims.