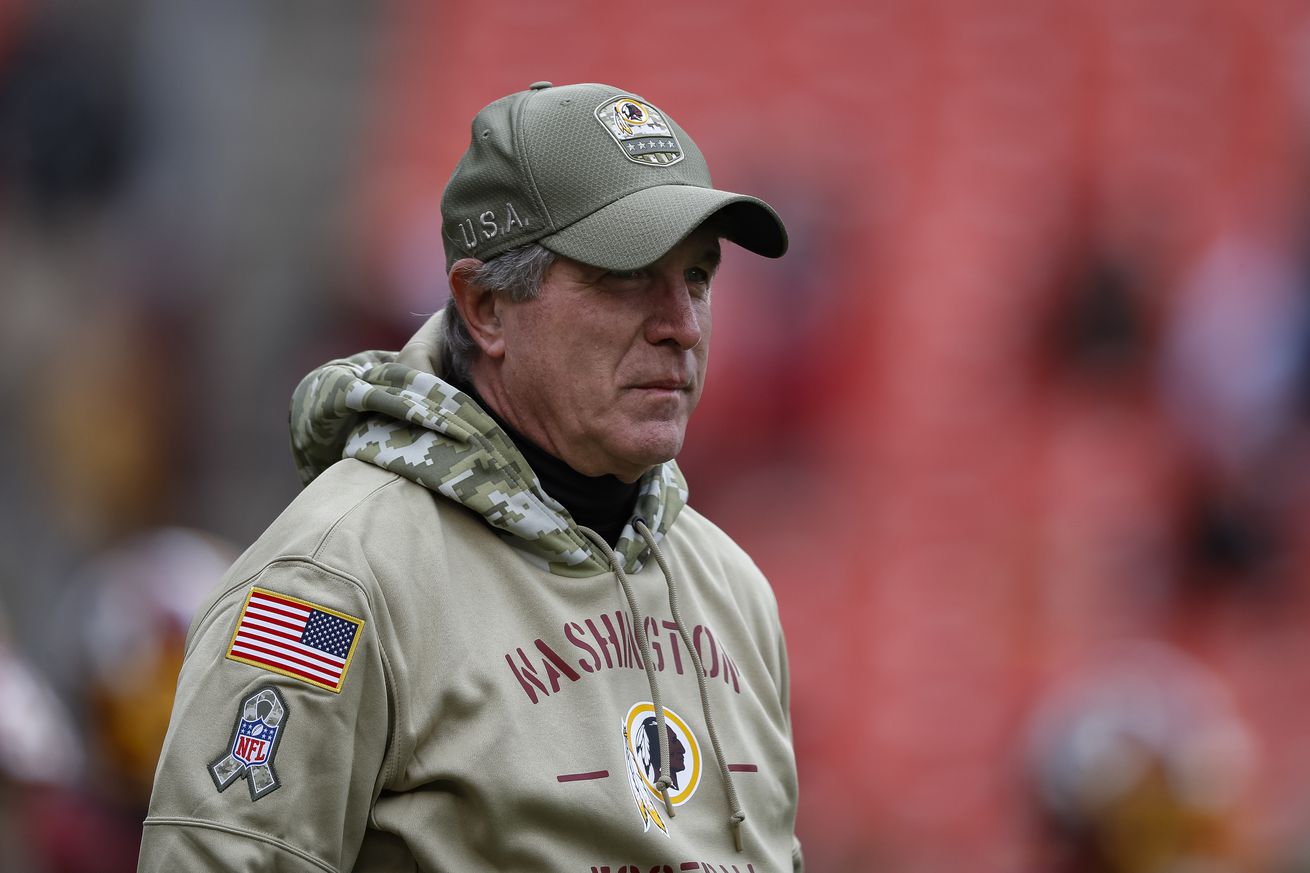 Bill Callahan spoke to the media after another loss. He is now 1-4 as the Redskins interim Head Coach. The Jets got out to an early lead, and it wasn’t close after that.

Not on top of our game:

Callahan: “We were just not on top of our game in any shape or form.”

Callahan: “Certainly not what we expected or desired…”

Callahan said today’s 34-17 loss was “obviously not what we desired.” Later added they got in a hole in the first half they couldn’t get out of #Redskins #HTTR

Callahan: “There’s no give up in my self. … The only way I know to dig out of this is to go back to work.”

He says he was disappointed in how they performed

Callahan on the delay: “I just let them know there’s no give-up in myself. I’m a very positive person.”

Callahan doesn’t see any quit in his players. “They’re hurting, but that’s to be expected.” #Redskins #HTTR

Callahan: the only thing I know to do is going back to work. #Redskins #HTTR

Callahan said this #Redskins team is full of young players. Mentioned tight end and players on the defense that are getting a lot of reps at an early age. #HTTR

Callahan said the #Redskins wanted to get Dwayne and Terry going earlier with some shots downfield but that got away from them as the game went on. #HTTR

Asked him about getting the ball to McLaurin more. He said they wanted to take a few shots per quarter, and then glowed about Terry without really explaining why they can’t seem to do it.

Callahan says there won’t be defensive staff changes when asked.

Callahan: “I don’t think we were close today…in the previous few games we were close and we were looking for closers in the second half. Not today.”

Callahan has said this #Redskins team is close to having success all year. That wasn’t the case today, he said after today’s 34-17 loss to the #Jets #HTTR

“I don’t think we were close today, I have to be honest with you.” Bill Callahan said when asked how close he feels this team is. Team President Bruce Allen has said consistently since Senior Bowl that they feel the team is “close” to being successful.