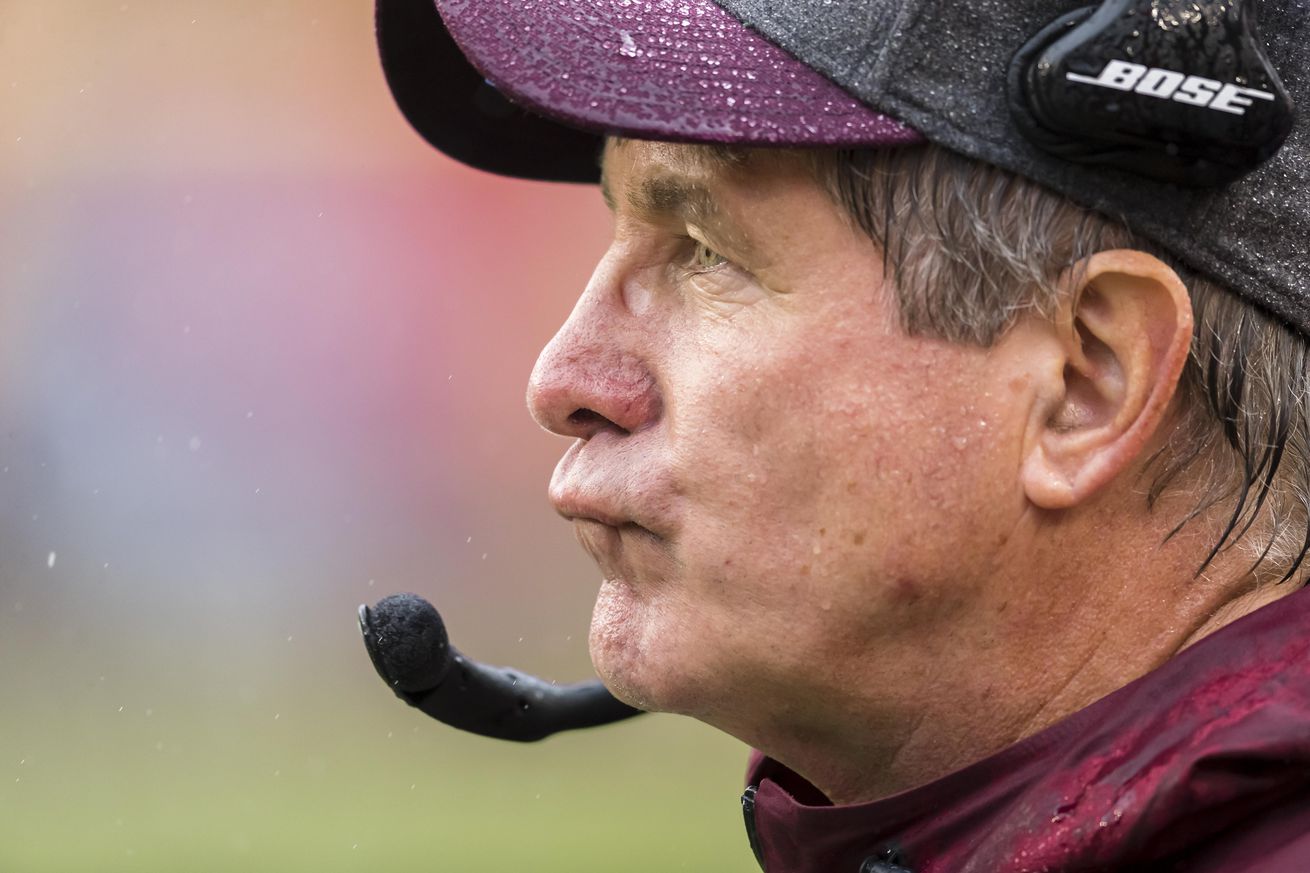 Bill Callahan speaks to the media

Bill Callahan spoke to the media the day after the Redskins dropped to 1-9. He tried to answer questions about why Montae Nicholson played 3 days after an incident at his home that resulted in a death investigation after he took his girlfriend to the ER. Callahan also feels really bad for the fans.

Callahan said Dwayne Haskins at times had good decisions and good reads. Other times he didn’t. Added that he’s still in the learning phase. #Redskins #HTTR

Bill Callahan speaking now. Says Dwayne Haskins is still in the learning process but the coach liked the deep throws

Callahan says the biggest frustration is not taking practice to the games. The lack of translation from what he sees in good practices to bad game performance is really disappointing.

Redskins HC Bill Callahan: I feel bad for our fans. They come to the game and they expect a quality product, and that wasn’t displayed yesterday.

Callahan cont’d: “That’s what eats at me, that’s what bothers me, when I feel that I’ve let our fans down in that respect. It falls on my shoulders.”

Callahan on starting Montae Nicholson: “The plan all along was to play Montae.”

Bill Callahan said the plan all along for the Redskins was to play Montae Nicholson if his ankle could go.

Asked Bill Callahan what their process was in deciding to let Montae Nicholson play on Sunday. His first answer was all about Nicholson’s health.

Asked him again about how Montae could play after the tragic events of last week. Bill said Montae wanted to play

Callahan says Norman, Dunbar and Moreau were benched yesterday because they wanted to look at other players. Their snaps were limited down the stretch

When asked about how the RB snaps were split, Callahan said O’Connell wanted to have Smallwood in for various passing plays throughout the game. Smallwood ended up with more snaps than Guice and AP. #Redskins

“and you can see that manifest itself in the way that they play in Dallas over the years.”

Just strengthen your resolve regarding standards, the way you view and coach the game, and maybe you, too, can come back and deliver and 0-16 season.