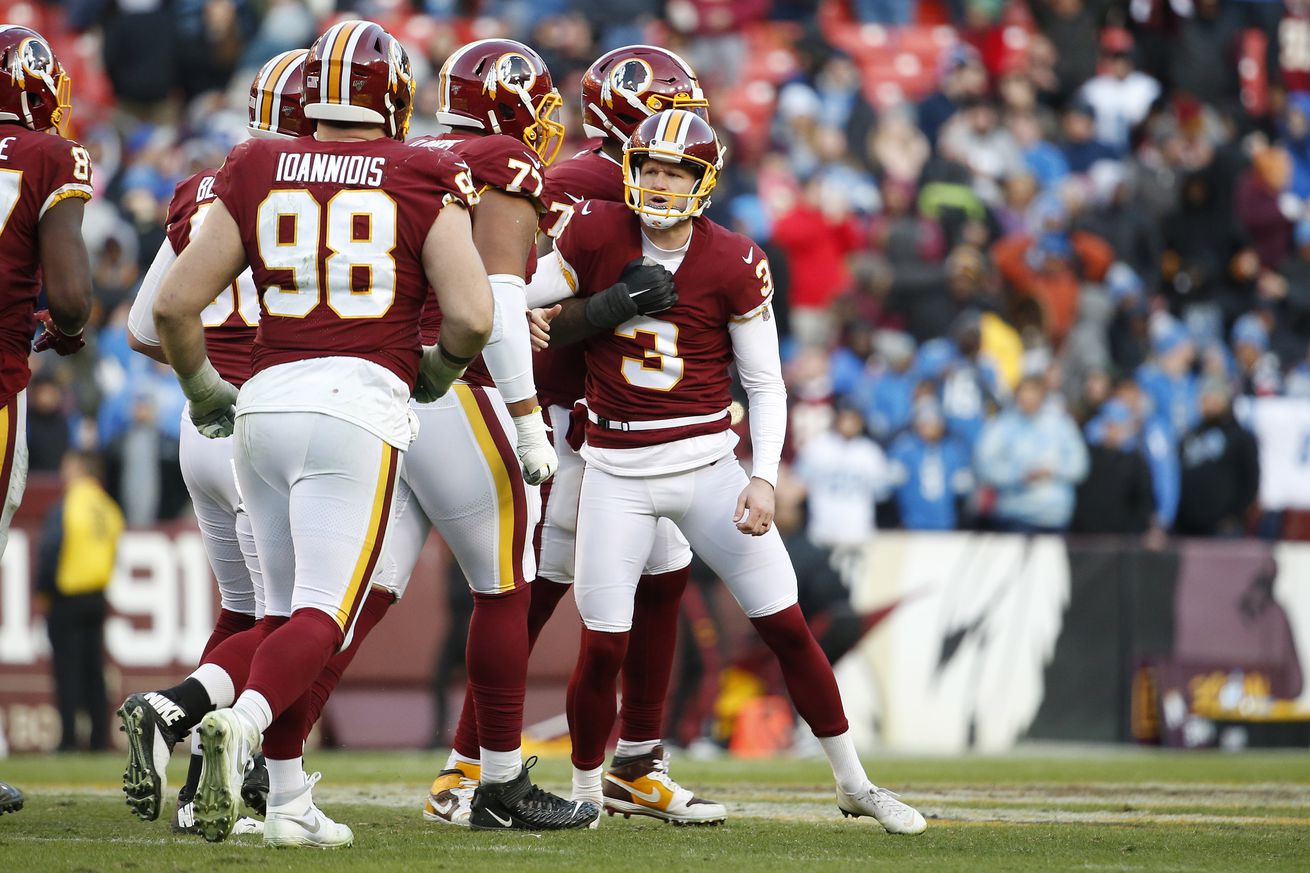 Matt Ioannidis Makes ESPN’s All-Underrated Team
You may not have noticed, but the Redskins‘ fourth-year defensive lineman is having his best season yet.

Redskins are spending absurd money on players that aren’t playing | NBC Sports Washington
The Redskins won their second game of the year Sunday, and in the victory, the team carried a shocking amount of wasted salary around. How much? Let’s count it.

Who is the Week 12 Pepsi Rookie of the Week? VOTE HERE – NFL.com
Vote for Cole Holcomb, Washington Redskins

The linebacker had 13 tackles and a sack in Washington’s 19-16 win over the Detroit Lions.

Former Redskin Darrell Green to captain the NFC in 2020 Pro Bowl | NBC Sports Washington
The former defensive back will help out the NFC team.

Steven Sims has gone from feel-good story to a legitimately dangerous NFL player | NBC Sports Washington
When Steven Sims made the Redskins’ 53-man roster, it was a feel-good story. In the 11 games since, though, Sims has shown he more than belongs in the NFL.

Rookie LB Cole Holcomb Turns In Career Performance Against Detroit
Holcomb has turned into a key player for the Redskins defense, and Sunday’s 13-tackle outing was another high point during a solid rookie year.

Beyond Dwayne Haskins, Redskins’ young talent starting to shine – Washington Times
Terry McLaurin plans to watch the film of Washington’s 19-16 win over the Detroit Lions closer than any game of his young career so far. Standing by his locker Monday, the Redskins rookie recalled how when lining up against Lions cornerback and Pro Bowler Darrius Slay, he faced more press-man coverage than he had previously this season.

Redskins player bothered by clock mismanagement, not selfie
At least one teammate thinks coaches opened up the possibility of the Lions tying the game.

Dwayne Haskins has found a trusted mentor in Alex Smith – NFC East- ESPN
Washington’s rookie quarterback is embracing advice from the injured veteran, who followed a similar path into the NFL with the 49ers in 2005.