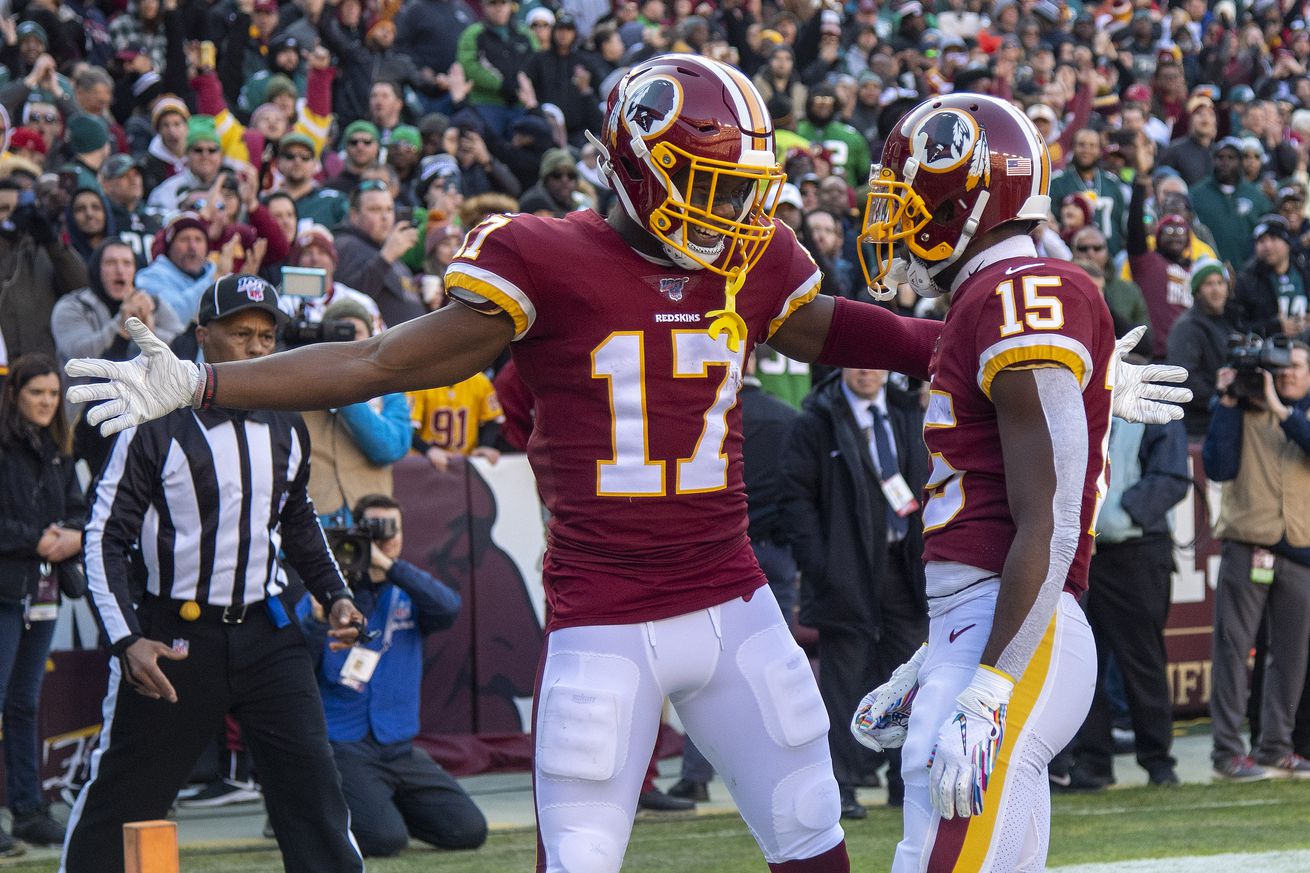 A collection of Redskins articles from around the web

This conversation shows how perfect of a fit Terry McLaurin is for Ron Rivera’s vision | NBC Sports Washington
Terry McLaurin and Ron Rivera sat down together with the Redskins Talk podcast on Thursday, and in their time together, they showed how perfectly aligned they are with one another’s goals.

Could Greg Olsen be a fit with Redskins after parting with Panthers? | NBC Sports Washington
The veteran tight end needs a new team, and he has a history with Ron Rivera.

Ron Rivera: Redskins need a plan, process and ultimate goal | 106.7 The Fan
If you thought Ron Rivera wouldn’t have a detailed plan for how to change the Redskins culture, you’d be sorely mistaken. Rivera unveils that precise plan – in painstaking detail – in this 106.7 The Fan interview with Craig Hoffman.

Ron Rivera won’t be in the NFL Films spotlight voluntarily anytime soon | Professional Sports | richmond.com
MIAMI BEACH, Fla. — In 2018, NFL Films followed the Carolina Panthers around for Amazon’s “All or Nothing” video series, which is released after the season and offers an inside

Ron Rivera’s simple, refreshing plan to change Redskins’ culture | NBC Sports Washington
Ron Rivera has a simple, yet refreshing approach to rebuilding the Redskins, one thing that has not been seen in Ashburn in a while.

Super Bowl trip ‘a piece of Americana’ for Ron Rivera, military vets and family – Washington Redskins Blog- ESPN
Washington’s coach, who embraces the lessons he learned in a military household, knows the impact his sport can have on those stationed overseas.