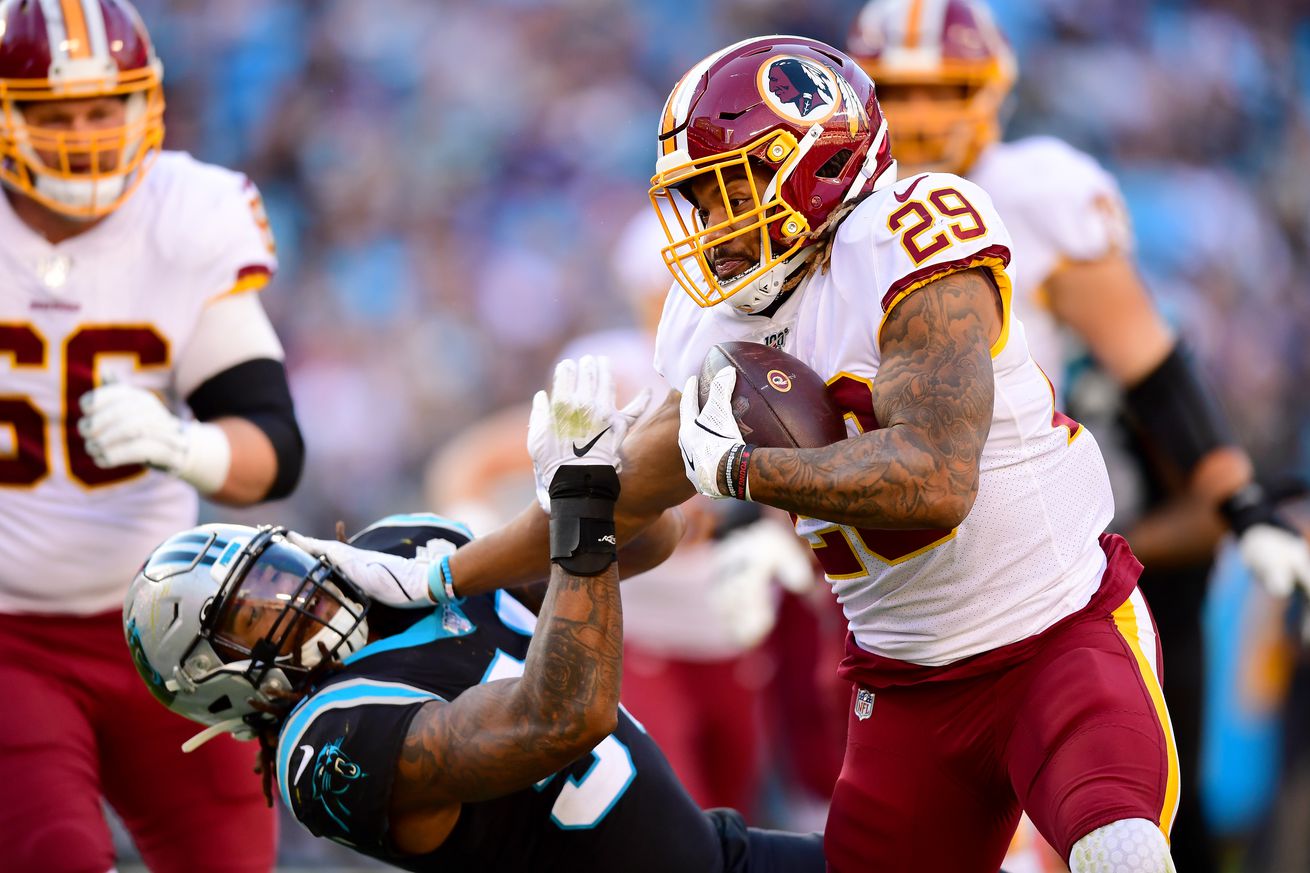 Vote for the young Redskins running back… he deserves it!

The numbers.
The stiff arm.@DhaSickest needs your vote for @FedEx Ground Player of the Week.

Derrius Guice has been nominated for the FedEx Ground Player of the week.

NextGen Stats from Week 13 point to some absurd play from Guice, listed below:

Looking at the data, here’s what can be ascertained about Guice: He decides where he is going fast, and he attacks that spot. There is not much-wasted movement, and he is obviously able to avoid and run right through defenders.

Guice literally lifts Bradberry off the ground and takes him for an 8 yard ride!!! pic.twitter.com/n4MiUuLA9W

Great run from Derrius Guice here. Nice patience initially to allow the blocks to develop. Found the hole and then burst through it. Nasty stiff arm to run through the tackle and turn the run into a big gain #Redskins pic.twitter.com/VQltGkZZMT