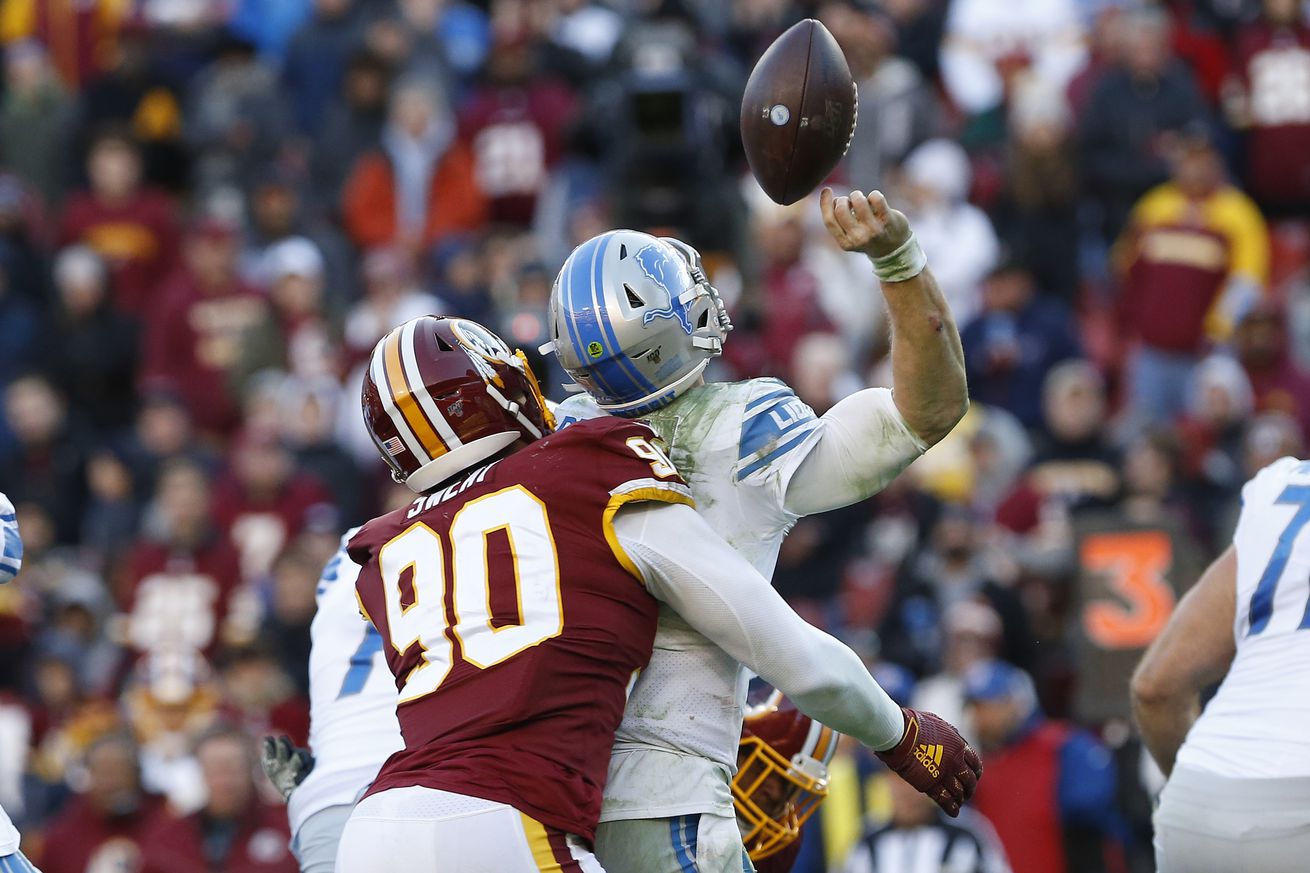 When the Redskins moved back into round one of the 2019 NFL Draft to select Mississippi State pass rusher Montez Sweat, in what was a very good EDGE class, Skins fans rejoiced. It was just a few months before this selection that Sweat tore up the scouting combine, posting a 4.41 40 yard dash, a 36 inch vertical, a 4.29 short shuttle and 21 reps on the bench press. The 6’6” 265 pound athletic freak was projected by many to be a top 10 pick, but slid due to some medical concerns.

The hype was REAL during training camp and the preseason, but when the rookie didn’t light it up out of the gate, the fan’s patience wore thin quickly. Despite showing very well early on against the run, diehards wanted more pass rush production off the edge, and as weeks went by and they weren’t seeing the sacks, the voices began to get louder – some even going to far as to say he was a bust.

Sweat, who has now made 12 consecutive starts at OLB, is starting to heat up – like most of us assumed he would. On the season he has 38 total tackles, five tackles for a loss, five sacks, two passes defended and a forced fumble. If he continues at his current hot pace, he’s projected to have 52-55 tackles, 8-9 for a loss, 7-8 sacks, and 2 FF. That would be right there with the numbers Pro Bowler Ryan Kerrigan produced as a rookie in 2011 over 16 games.

There were five EDGE rushers(six total) taken before Sweat in round one of the 2019 NFL Draft. Here is a look at how they are doing during their rookie seasons:

Nick Bosa and Josh Allen, the two most highly regarded EDGEs in last year’s draft, are pacing the pack when it comes to sacks and tackles for a loss. Allen leads the group in forced fumbles with two. Sweat is leading the pack in tackles with 38 combined.

It’s pretty fair to say that Montez is third in total production out of the six drafted in round one.

For comparison, let’s look at some of today’s best EDGE rushers, and see how they finished their rookie seasons(or second year in some case):

Despite the lack of patience by the Redskins fan base, I think Montez Sweat is having a very solid rookie season. We’ve seen him mature right before our eyes, and he’s certainly heating up over the second half of the season.

If he can finish his rookie season with over 50 tackles, 8-9 TFL, 7-8 sacks, and 2 FF, he’s well on his way to becoming a very good edge rusher in this league for years to come. Even if his season ended with the stats he currently has, there is no way you are calling him a bust.