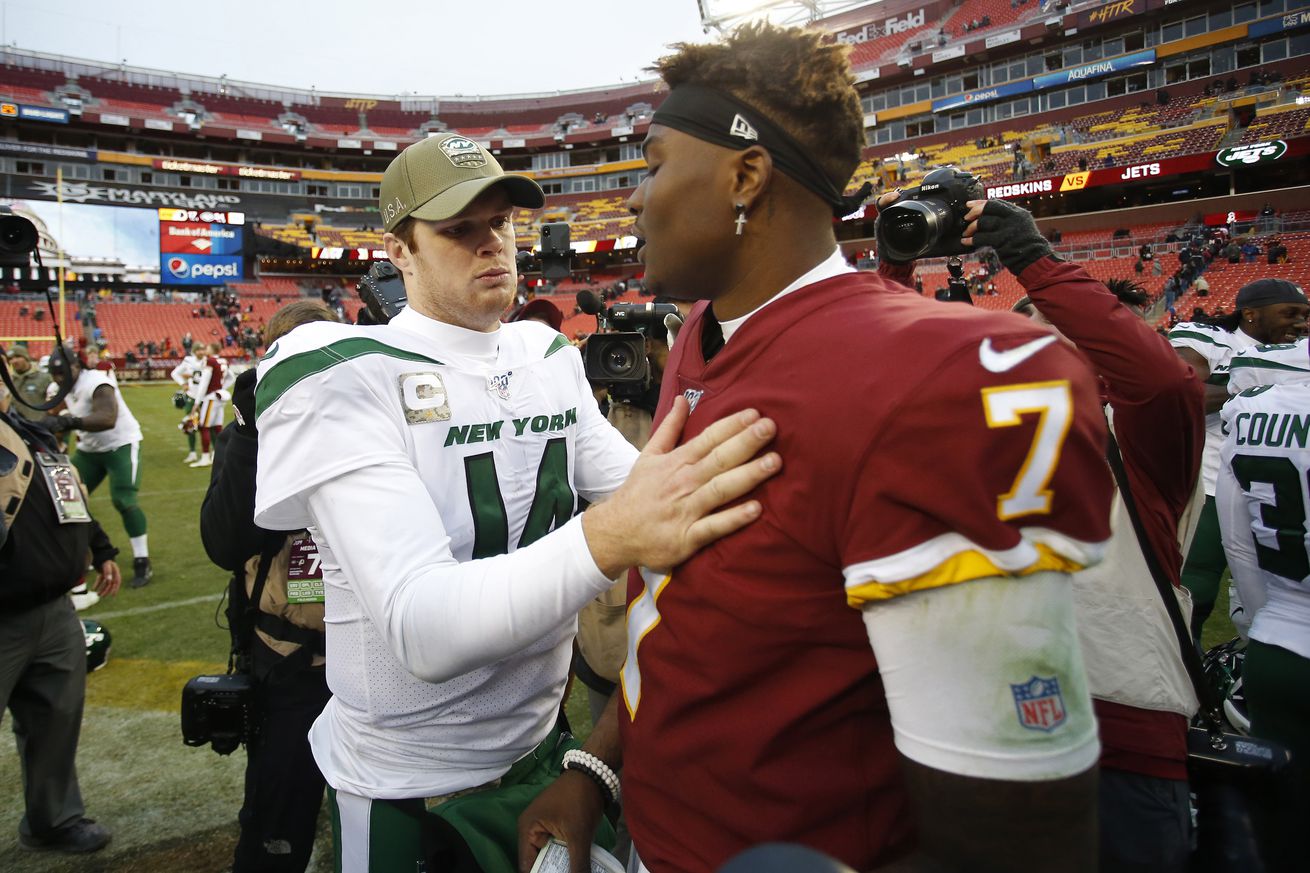 A fellow SBN vet comes out of retirement to talk a little Jets-Skins, and JetSkins

The Hogs Night: A Porkcast gang is back on the one’s and two’s to chat a little bit about the Washington Redskins and the District of Champions following the ‘Skins loss to the week 11 loss to the New York Jets. We were joined by friend in real life, but not of the show, Scott Salmon (somehow Esq.,) the former managing editor of Gang Green Nation and Bryan’s fellow Franklin & Marshall Diplomat.

Scott came out of retirement to rub a little salt in our wounds after the Redskins dropped to 1-9 on the year, but gracefully ate a little crow at disappointment his New York Football Jets have brought this season. While the Redskins have had their fair share of QB turnover and injuries, the we chatted about how the Jets have the sole distinction of having both start out with a kiss (how did it end up like this?!)

We rounded off the evening with Scott’s outsider perspective on what there is to like about Washington’s prospects, and a mini-rant about Braylon Edwards before a free word association of “JetSkins” i.e. former players who have graced Burgundy and Gold and Green and White, including The Diesel, Santana Moss, Laveranues Coles, Mark Brunell, John Hall, and of course The Sanchize.

Many thanks to Scott for taking the time out to join us on the show, and for you civically engaged Garden Staters to check out his newest project, Politically Driven.

If you haven’t already, be sure to subscribe to the Hogs Haven Podcast network on Apple Podcasts, Google Play, Stitcher, and Spotify.