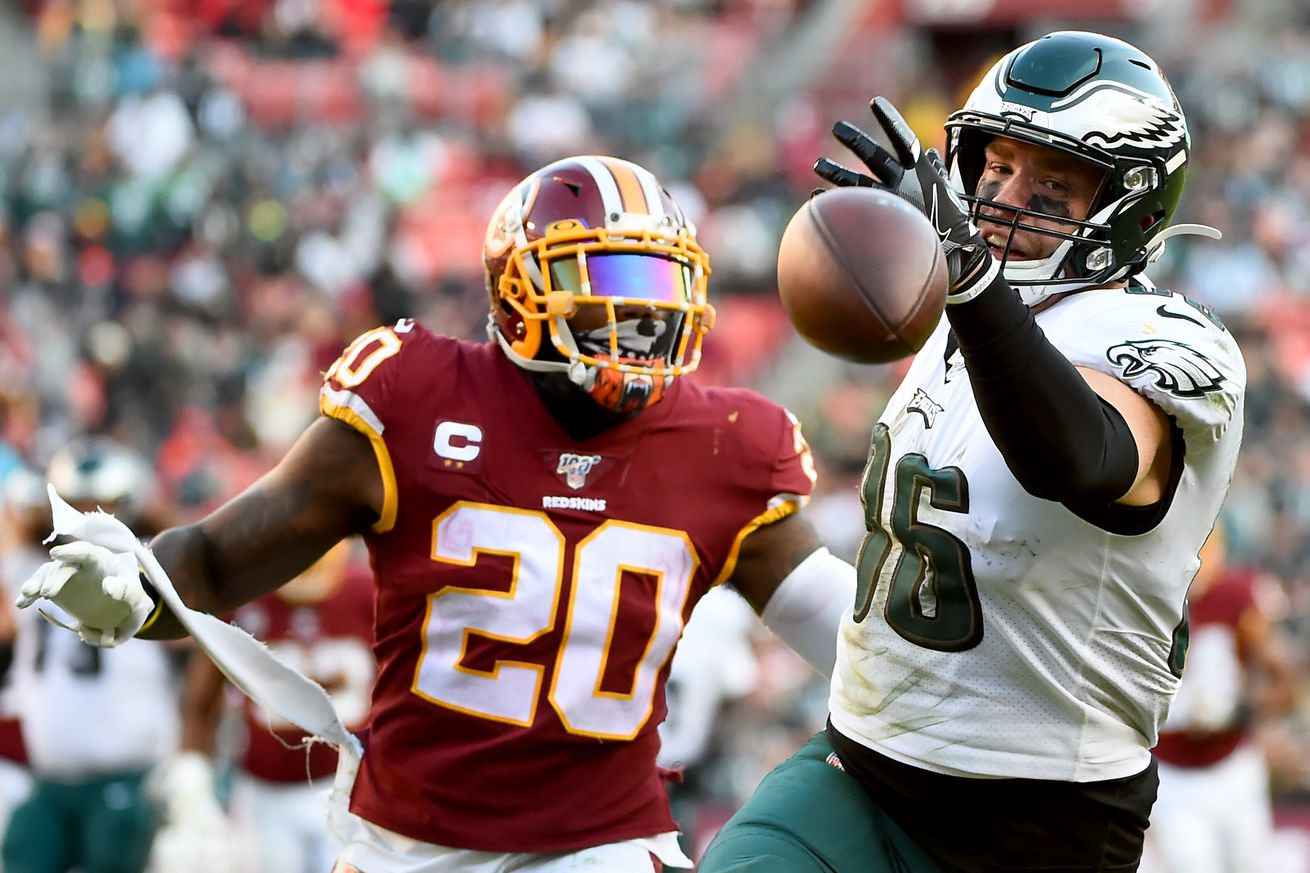 Photo by Will Newton/Getty Images

It’s that’s time of year, just after the Super Bowl and before preparations for the next season begin. Free agency hasn’t started yet, the combine is still weeks off, and the draft is still months away. It’s a time when there’s an opportunity to do a deep dive on esoteric topics around the draft, and this is one such piece.

My fascination with the compensatory pick process is no secret, and I’ve written here in the past on strategies for optimizing comp picks as well as examining which teams have best utilized the comp pick process since its inception. This article will take a look at the positions where players have been the most likely to generate comp pick capital when walking from their teams as free agents over the course of the past 4 years. All of that data is available from overthecap.com, which is an incredible resource for historical and future comp pick information.

The purpose of the analysis is to understand which sorts of players, when allowed to walk – either after their rookie contract, or after a free agent signing stint – are the most likely to garner sufficient interest from teams in the rest of the league to be scooped up for another contract.

The table below is a collection of the positions of the 32 players each year, over the course of the last 4, who have generated comp pick capital for the team that they left. The columns “SUM” and “Norm” represent, respectively, the total number of players taken at the position and the number of players taken divided by the “starting slots” at the position on a team. So, the “Norm” for cornerbacks is the total number of CBs – 13 – divided by starting CB slots – 3 – for a normalized figure of 4.3.

I’m sure there are criticisms to be made of the methodology, but I think that it provides us some interesting context in which to view the numbers.

Just looking at the most frequent position selected (17), and the second highest normalized score (8.5) (QBs are their own animal, and will be addressed a bit later in the discussion), we see how in-demand offensive tackles are in the league. This should come as no surprise. Essentially, any OTs of value that are allowed to walk in free agency are likely to get scooped up quickly, and often for a very handsome sum. Players like Trent Brown, Nate Solder, and Russell Okung have been among the most sought out free agents over the years sampled, and all ended up bringing coveted third round comp picks. Why is this important? It simply re-emphasizes what most of us know: Creating a pipeline of starting and back-up caliber offensive tackles is among the most important things you can do in the league both because they’ll be charged with protecting the team’s most valuable resource AND because, when they roll off their rookie deals, allowing some of them to walk is likely to result in returned value to the team. We saw this recently with Ty Nsekhe, when he was signed by the Bills (even though his comp pick was canceled by the signing of Ereck Flowers). This makes a strong case for drafting a tackle at least every year or two to keep the pipeline full, and grooming them either to replace starters or to roll off and become desirable free agents.

The next most populous position (15), as well as the next highest normalized score (7.5), belongs to the safeties. Just in the last year, Landon Collins, Earl Thomas, and Tyrann Mathieu have all returned third round comp picks to their previous teams. This free agent demand, paired with the fact that first round drafted safeties have – by a considerable margin – the highest pro bowl rate and second lowest bust rate of any position in football, suggests to me that it is a great place to invest high round resources. This year’s draft doesn’t have a ton of safety depth, but Isaiah Simmons, Grant Delpit, and Xavier McKinney are all first round talents. The Redskins paid through the nose for a top safety last year, and would be foolish to do so again. While drafting for starter and depth at safety in the same draft could seem excessive, it could end up paying long term dividends, as the importance of talented safeties is increasingly recognized across the league.

Looking at the other end of the spectrum, we see two positions with normalized scores of “3.” Running back was the position with the second fewest players generating comp picks (6), while center was the position with the fewest (3). Looking at this year’s free agent class there are 51 running backs and there are 22 centers available. Each is relatively abundant, both in free agency and in the draft, and each is in relatively low demand in high end free agency. Obviously both positions are critical elements of a successful team, but they are probably also both positions that teams should expect to churn, particularly at RB, and where they should expect to generate relatively little comp pick capital on the back end. There is an occasional Le’veon Bell or Ryan Jensen, but they are more the exceptions that prove the rule. In our case, a team friendly extension of Chase Roullier – whose current contract runs through 2020 – could save us spending significant draft capital at the position for the next couple of years while Ross Pierschbacher is groomed as a back-up. In terms of running backs, they should be a serious option in every draft, not because they generate longer range comp pick capital, but because we should continually be looking to replenish their ranks on the current roster.

Finally, to drill into the outlier position – quarterback. Over the past 4 years, 9 QBs generated comp pick capital for their prior teams, some as starters (Nick Foles, Kirk Cousins), and others as back-ups (Teddy Bridgewater, AJ McCarron, Drew Stanton). QB is another position, like OT, where intentionally creating a pipeline makes a ton of sense, both to ensure an adequate back-up to the starting QB as well as to create a commodity that can either be traded away (ala Jimmy Garoppolo) or allowed to walk in free agency to generate comp pick value. Allowing a sub-par vet (see: Colt McCoy) to sit on the bench and occupy a crucial roster spot while you could instead be grooming talent on a rookie deal is an almost unforgivable team building sin when every element needs to be working both for your present and long range success.