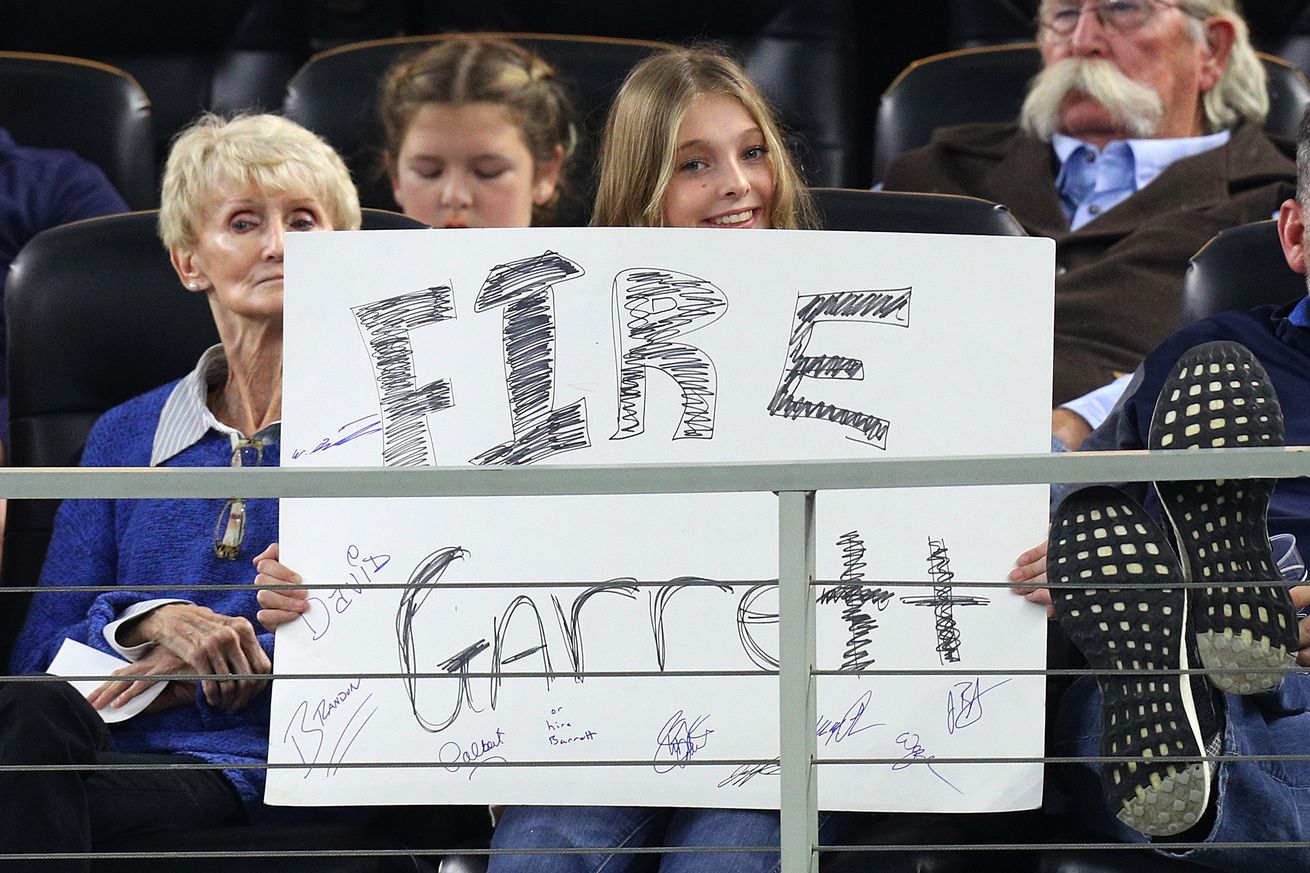 If you’d like to add your voice to that of other Redskins fans via the FanPulse weekly surveys, simply click here to sign up. We want to hear your opinions!

Fanpulse asked fans across the country this week who they thought would end up winning the NFC East. Would it be the 6-6 Dallas Cowboys or the 5-7 Philadelphia Eagles. It’s no surprise that the Redskins, who are 3-9 but not yet mathematically eliminated, were not included. For the Redskins to win the division, they would have win out the remaining four games while the Cowboys lost every game and the Eagles won only their matchup with Dallas.

Despite the Redskins being the hottest team in the division right now, that scenario seems just too outlandish for anyone to take seriously.

Apparently, a lot of people are taking the Cowboys seriously. In the Fanpulse poll more than 7 out of 10 NFL fans picked Dallas to be the eventual division winner. America’s team, indeed.

For the record, I voted for Philly.

The Eagles and Cowboys will, of course, play each other in the final quarter of the season; that will happen in Week 16 — a game that potentially could decide who wins the division.

They also both play the Redskins – the Eagles at FedEx Field in Week 15, and Dallas at home in Week 17, to close out the season.

The difference is that the Eagles will play the Giants twice, while the Cowboys have only one game remaining against the G-men. Dallas’s other remaining game is tonight’s matchup against the Bears in Chicago.

Personally, I see Matt Nagy’s team taking the “W” tonight, which would leave the NFC East with 4 teams under .500 — a situation that doesn’t arise too often.

Which brings us to Jerry Jones.

Jerry and the Dallas fans, before the season began, somehow looked at the collection of misfits that they call a roster and saw a super bowl contender. That was unrealistic crazy thinking, of course. Dallas didn’t even clearly field the best roster in the division, and were never likely to compete for a Lombardi Trophy, but when the owner is also the GM, he tends to feel like his roster is better than it is. Jerry’s been making the same mistake for 26 years.

Still, he thinks what he thinks, and this year Jerry thinks he’s provided Jason Garrett with a championship roster.

That was a point that Jones made clear during a Tuesday appearance on 105.3 The Fan. The Cowboys have lost two straight games and three of their last four during a string that’s soured many people on their chances of success come the postseason.

Jones continues to see things through rose-colored glasses, however.

“I look at our team with our skillset and I look at other teams with theirs, and there’s nothing in my mind that jumps out at me that we can’t be playing well enough to take it to the house,” Jones said.

This has led to tons of speculation that Jason Garrett has reached the end of the line as head coach of the Cowboys. While Jones has declared that he will not fire Garrett during the season, he has hinted strongly that Garrett won’t be prowling the sidelines in Dallas once the current campaign is done.

Cowboys coach Jason Garrett currently does not have a contract for next year. But his boss believes that Garrett will be coaching in the NFL next year, somewhere.

“Nobody has the exclusive skills to get the job done so that collectively you can win a Super Bowl,” Cowboys owner Jerry Jones said during one of his regular appearances on 105.3 The Fan in Dallas, via Jon Machota of TheAthletic.com. “But there are qualified people. Jason Garrett is one of them. In my opinion, Jason Garrett will be coaching in the NFL next year.”

Jones didn’t say that Garrett will be coaching the Cowboys next year. That’s an important distinction given Jones’ recent comments that were widely interpreted as being critical of Garrett’s coaching abilities.

Absent a sudden burst of winning from the not-so-hot Boyz, Garrett is likely to find himself looking for work in the new year. Surprisingly, if NFL fans are right, his firing will top off a season in which his team will have won back-to-back division championships for the first time since 2004, and after playing in at least one playoff game — something no other team in the division has done since 2017.

But Jerry started the season expecting a super bowl trophy, and no one will convince him that the failure is with his roster, and not with the head coach. It’ll be an interesting game tonight, and an interesting final few weeks to the season as the drama in Dallas plays out.