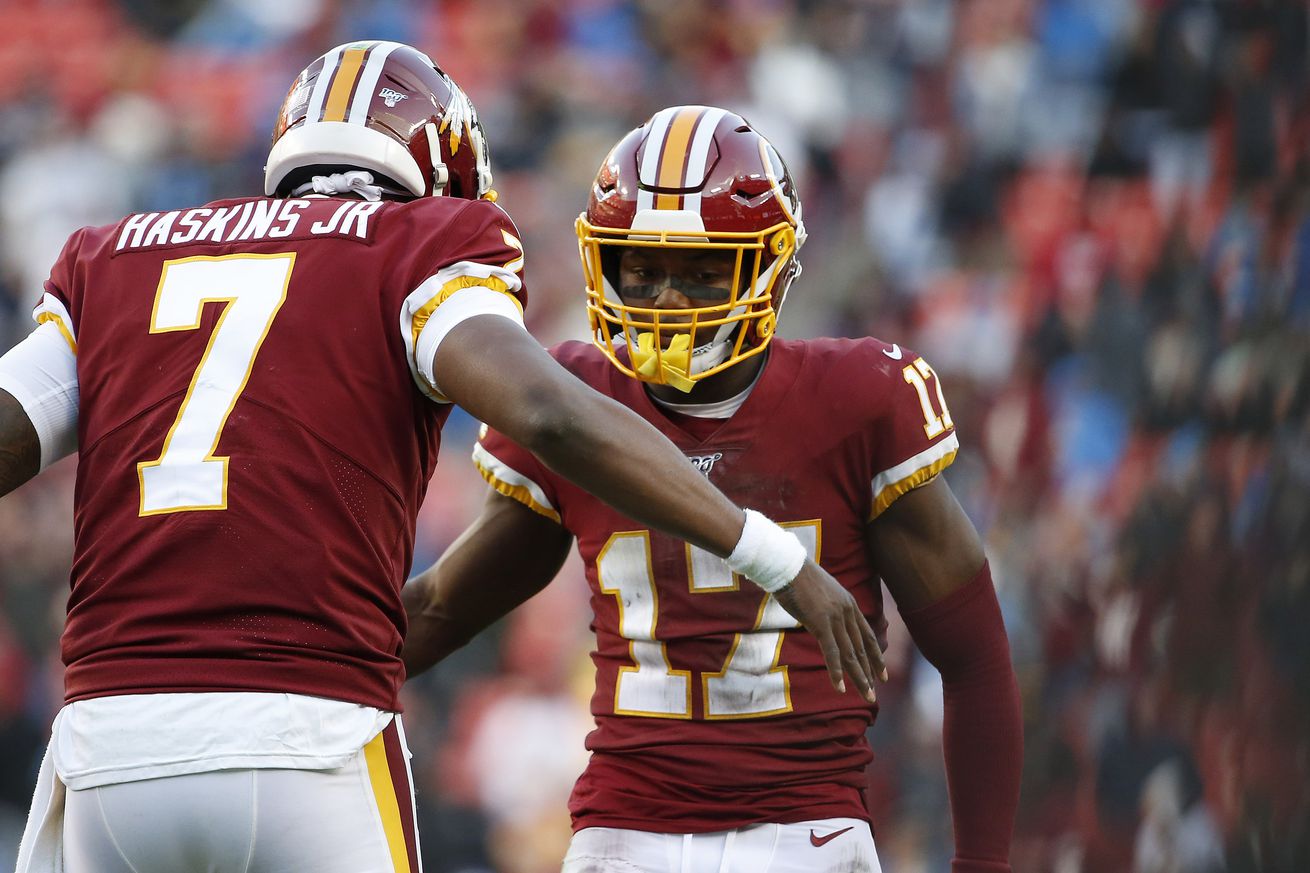 The Redskins are 2-9. Dwayne Haskins Jr. is 1-2 as a starter and he got his first NFL win last week against the Detroit Lions.

The Redskins continue to deal with injuries this week. Two players were ruled after Friday’s practice. Paul Richardson Jr. is returning to the inactive list with his hamstring injury. The bigger loss this week is OLB Ryan Kerrigan who is in the NFL’s concussion protocol. This will be his first missed game since being drafted by the Redskins in the 1st round in 2011.

Only two players are listed as questionable this week. Chris Thompson is still dealing with turf toe, but interim Head Coach Bill Callahan sounded confident that he would return today. DT Daron Payne was in a walking boot last week and didn’t play against the Jets. The Redskins signed Ryan Bee from the practice squad for depth, but he was released again this week which is a good sign he’s playing despite being limited all week.