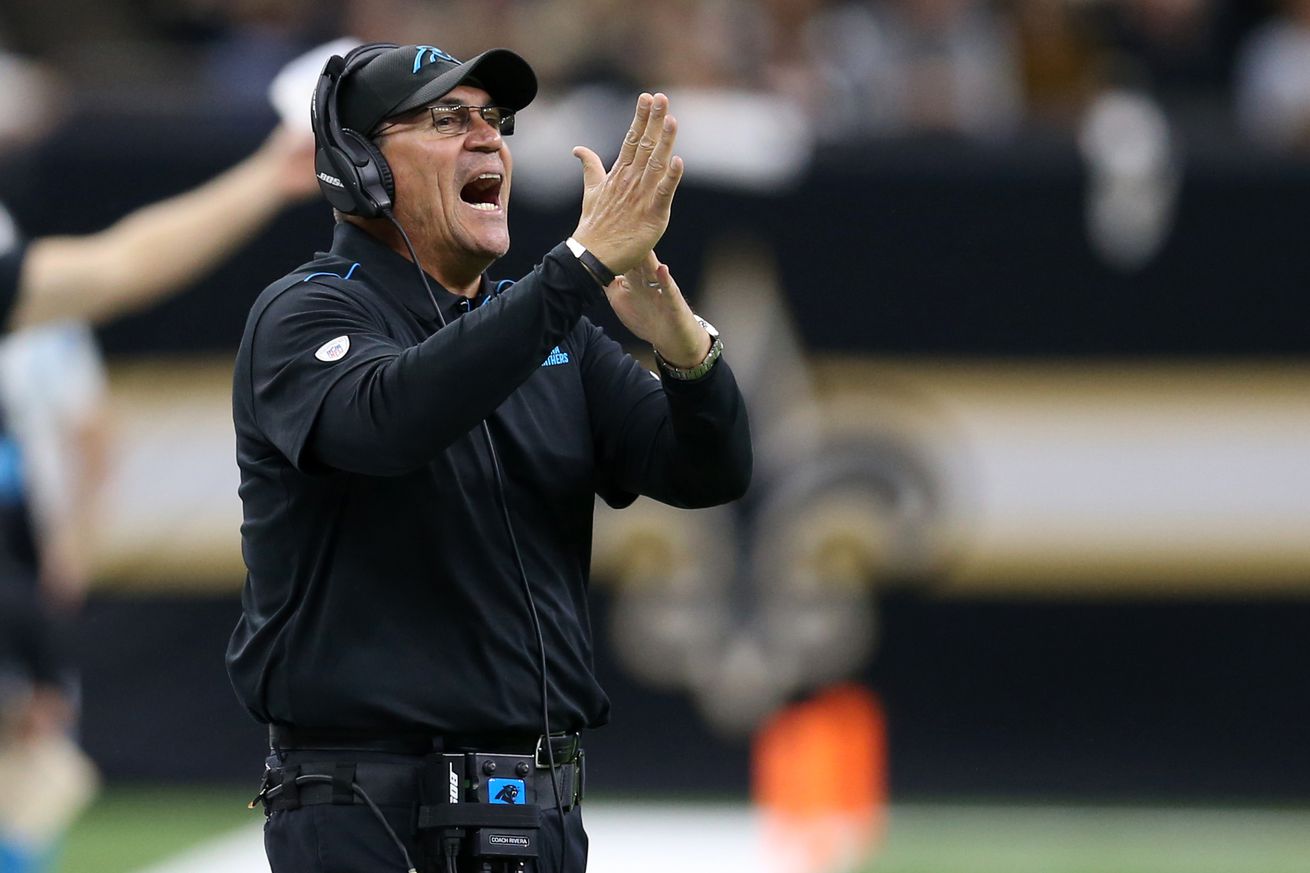 The Redskins got their 2nd straight win, and their 3rd of the year, when they ran all over the Panthers in Carolina. Two days later the Panthers have fired 9th-year Head Coach Ron Rivera. Washington handed Carolina their 7th loss of the year, and they have lost 5 of their last 6 games.

Ron Rivera is the 2nd NFL head coach to be fired this season. We’re very familiar with the first, former Redskins HC Jay Gruden who was fired after the team went 0-5 to start the year. Rivera had a 76-63-1 regular season record, was 3-4 in the playoffs, and had a Super Bowl loss during his 9 seasons in Carolina. Gruden had a 35-49-1 record with one home playoff loss during his 6 season in Washington.

Both coaches will be looking for work and could be trying to get another head coaching gig right away. It’s more likely that both return to coordinator jobs before getting a shot at one of the 32 HC jobs, but it only takes one team. Would Rivera be a fit in Washington? That’s a good question for the new Redskins GM.

The Washington Redskins and the Carolina Panthers were both 6-3 last season. They then lost six of their last seven to finish 7-9, and now are two teams to let go of their coach midseason.