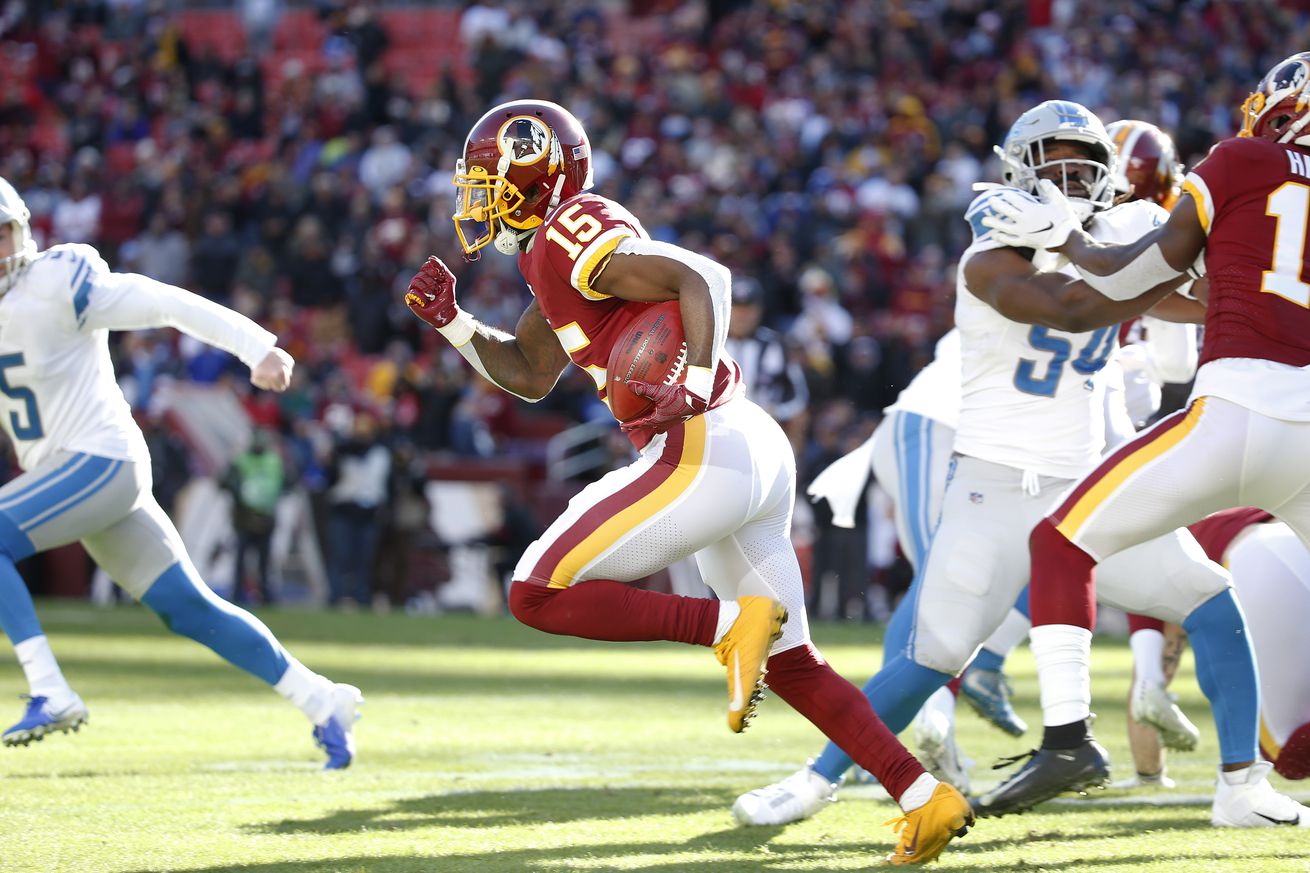 Washington’s record improves as its spot in draft order falls

The Redskins gave faithful fans something to smile about Sunday, snapping a nine-game losing streak at FedEx Field in a six-point win over the Detroit Lions.

Washington’s offense couldn’t get much going, and a 91-yard kick return touchdown by Steven Sims Jr. was one of few highlights in front of a sparse home crowd. Rookie quarterback Dwayne Haskins Jr. was just out of sync with receivers for much of the day, but he made enough plays to notch his first career win.

Sunday showcased a duel behind center of two young quarterbacks making their third career starts. Haskins struggled, going 13-for-29 with 156 yards and an interception, as did Detroit’s second-year signal-caller Jeff Driskel, who filled in for starter Matthew Stafford and went 20-for-33 for 207 yards, one touchdown and three interceptions.

The Redskins and Lions exchanged early field goals before Sims broke free after bobbling the initial kick at the 9-yard line. Hopkins and his Detroit counterpart, Matt Prater, would each boot another kick through as the first half came to a close with the home team up, 13-6.

Detroit got the ball to start the second half, and Driskel engineered a 75-yard drive culminating with a 12-yard toss to tight end Logan Thomas, who played quarterback at Virginia Tech from 2010-13.

The Lions scored 13 in a row and took their first lead of the game with 12:01 to play in regulation as Washington’s defense forced another Prater field goal. Detroit appeared to be in control after Haskins was intercepted, though the Lions lost seven yards on their next drive and punted.

However, Haskins rebounded and led a drive deep into Detroit territory that culminated in Hopkins’ third field goal of the day, which knotted the score at 16.

Then, cornerback Quinton Dunbar intercepted Driskell with 48 seconds to play, which gave Haskins and the Redskins a chance to take the lead. A 10-yard scramble by the rookie gave Washington a critical first down, and Hopkins’ right leg gave the Redskins a precious three-point lead they wouldn’t lose.

Finally, cornerback Fabian Moreau picked off Driskel to ice the game. Washington won the turnover battle four to two, though it lost time of possession, 33:30 to 26:30.