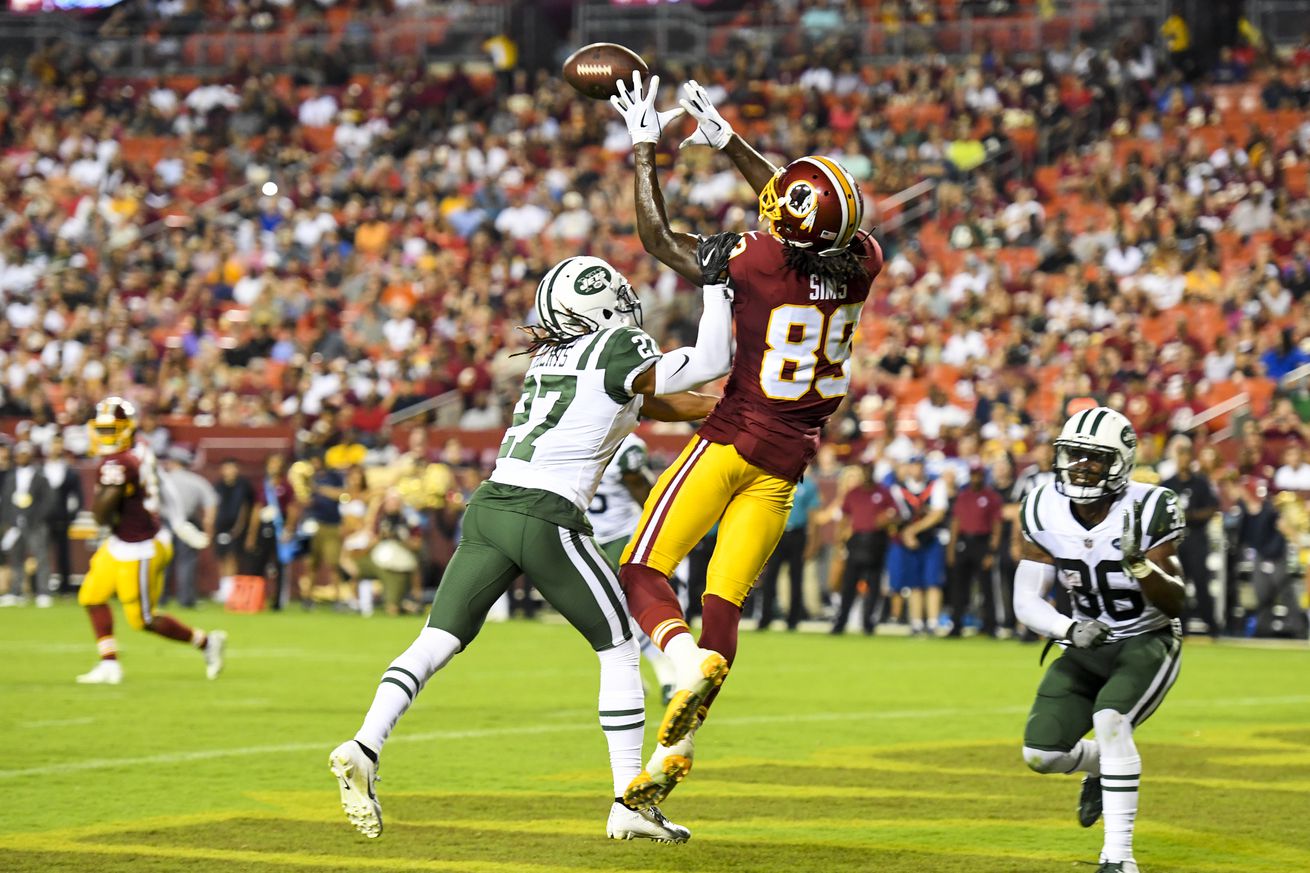 Photo by Jonathan Newton / The Washington Post via Getty Images

Cam Sims is back! The Redskins will reportedly release LB Tanner Vallejo to make room on the 53-man roster. Washington is thin at wide receiver with Paul Richardson Jr. ruled out for tomorrow’s game against the New York Jets. They had 4 healthy WRs(Terry McLaurin, Trey Quinn, Kelvin Harmon, and Steven Sims Jr.) before this move. The Redskins are also thin at TE with Vernon Davis out, so adding a 5th WR today was necessary.

Tanner Vallejo was a big factor on the Redskins special teams, the highest-rated player per John Keim. This could also mean safety Deshazor Everett is ready to return to the field and his role as special teams captain.

The Redskins are promoting Cam Sims off the PS, per source. Callahan had mentioned Thursday wanting to see more of him. Now he’ll get his chance.

My understanding is that Vallejo was their highest-rated ST performer. Was good in that role. Redskins needed WR help with Paul Richardson out. Enter Sims.