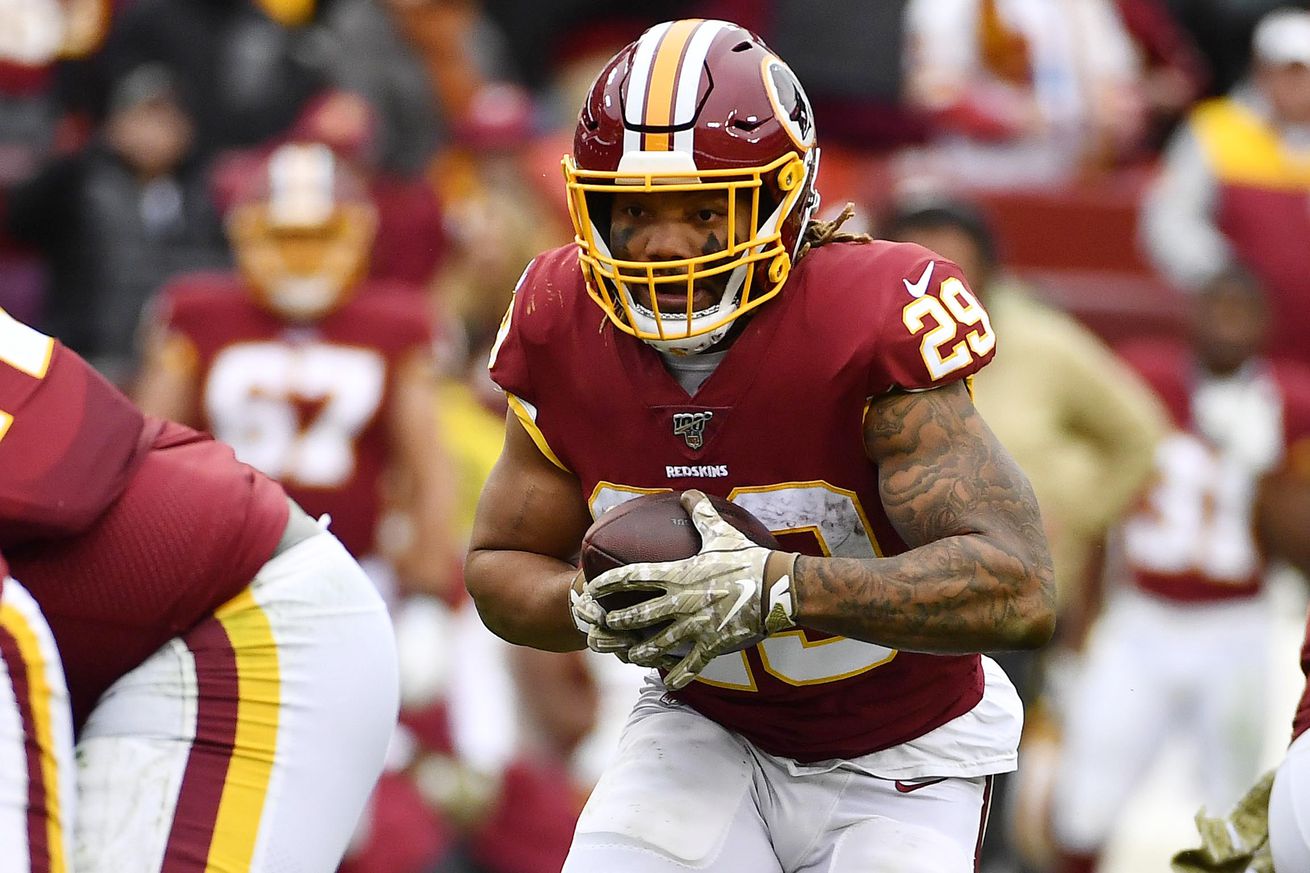 The dysfunction continues… This time at the hands of the 3-7 New York Jets.

The Skins were pummeled by the AFC bottom dweller led by the magnificent Sam Darnold and future Hall of Fame tight end(sarcasm), Ryan Griffin.

It yet another embarrassing home loss, the Redskins did however manage to do something good. They broke their string of consecutive quarters without a touchdown(16) when Derrius Guice took a screen 45 yards to the house in the fourth quarter.

Below are my Studs and Duds of the game, followed by some notes.

Terry McLaurin – McLaurin had just three catches for 69 yards, but he should have had at least 4 for over 120 if his long gain hadn’t been negated by a Brandon Scherff hold. But two of his three receptions were amazing catches; one while leaping over a defender down the left sideline and the other on a slant in the red zone where he took a big shot and still held on to the ball. This kid is good – but I didn’t need to tell you that!

I am in disbelief of the skill set of this young receiver pic.twitter.com/1c9WwuX1UH

Kelvin Harmon – Harmon led all Redskins receivers in catches with five, and tallied 53 yards. He had one drop where a ball hit him in the hands, but the defender was right there and it was certainly a contested catch. He did have a play on a short third down where he didn’t run his pattern to the sticks, but that will be a learning moment for the rookie. What really impressed me was his blocking on running plays. I think we may have something here.

Derrius Guice – Finally back after a knee procedure, Guice looked fresh, explosive and motivated to prove himself. There is just something a bit different about him when he has the ball in his hands. He had 24 rushing yards on seven carries, and took his lone reception 45 yards to the house for his first NFL touchdown!

Ryan Kerrigan – Kerrigan recorded four tackles and two sacks in the game. As you can see though, I’m not getting overly excited.

Morgan Moses – My goodness…when did Moses become THIS bad? I’ll just leave these hear for your viewing pleasure.

All on Morgan Moses here from the coaches film ‍♂️ pic.twitter.com/3vvUuhElBc

Brandon Scherff – The same guy who wants to be paid as one of the best guard in all of football keeps making plays like this… On top of this, he argued the call and took his helmet off resulting in another 15 yards! He had a false start called against him later in the game.

Very clear and easy to see that this is a blatant hold on Scherff on the 67 yard strike from Haskins to McLaurin. pic.twitter.com/uIons6M2Fi

Tony Bergstrom – Please tell me why this guy is still on the roster. Same dude would couldn’t even look our quarterback in the eye when he got the O-line together on the sideline.

Another angle of the Bergstrom Blunder ‍♂️ pic.twitter.com/EmB0Zc2CYY

The ENTIRE Redskins secondary – If Sam Darnold was seeing ghosts against the Patriots secondary, he must have been seeing unicorns and rainbows against ours. Josh Norman, as in the norm now, continued to get toasted in coverage. Moreau was awful. Dunbar, who has been the team’s best corner all season, was not himself. Landon Collins was good against the run, but horrible against the pass. Nicholson was a complete non-factor. I can tell you one thing – we need at least TWO new corners this offseason.

Greg Manusky – Can someone please take a pair of scissors to his key-card that lets him into Redskins Park! He is so bad I had to single him out instead of just letting him slip in with the coaches(see below).

Coaching – Callahan insists the players haven’t checked out…but he made no mention of the coaches!

– Ereck Flowers CONTINUES to be the team’s best offensive lineman…don’t @ me!

I’m not kidding when I say Ereck Flowers literally blocks three guys on this play… pic.twitter.com/lskFACGw26

– Dwayne Haskins was far from perfect, but he was also far from being bad. He had 5 drops by his wide receivers/tight ends(not just in garbage time), was sacked six times and pressured many more, yet still made some nice plays – and if it were not for some of these things(including the holding penalty by Scherff), he’d have gone for over 300 yards passing and at least two touchdowns. Progress people…progress.

Haskins works to his 3rd read, steps up nicely in the pocket and delivers a perfect strike…and

Love this toughness in the pocket and accurate ball under pressure here by Haskins. pic.twitter.com/cRipvPdD6d

– I counted at least three bad shotgun snaps by Roullier. This is becoming an issue.

Bad snap. This was one of a few by Roullier. pic.twitter.com/ybcYEdbRhd