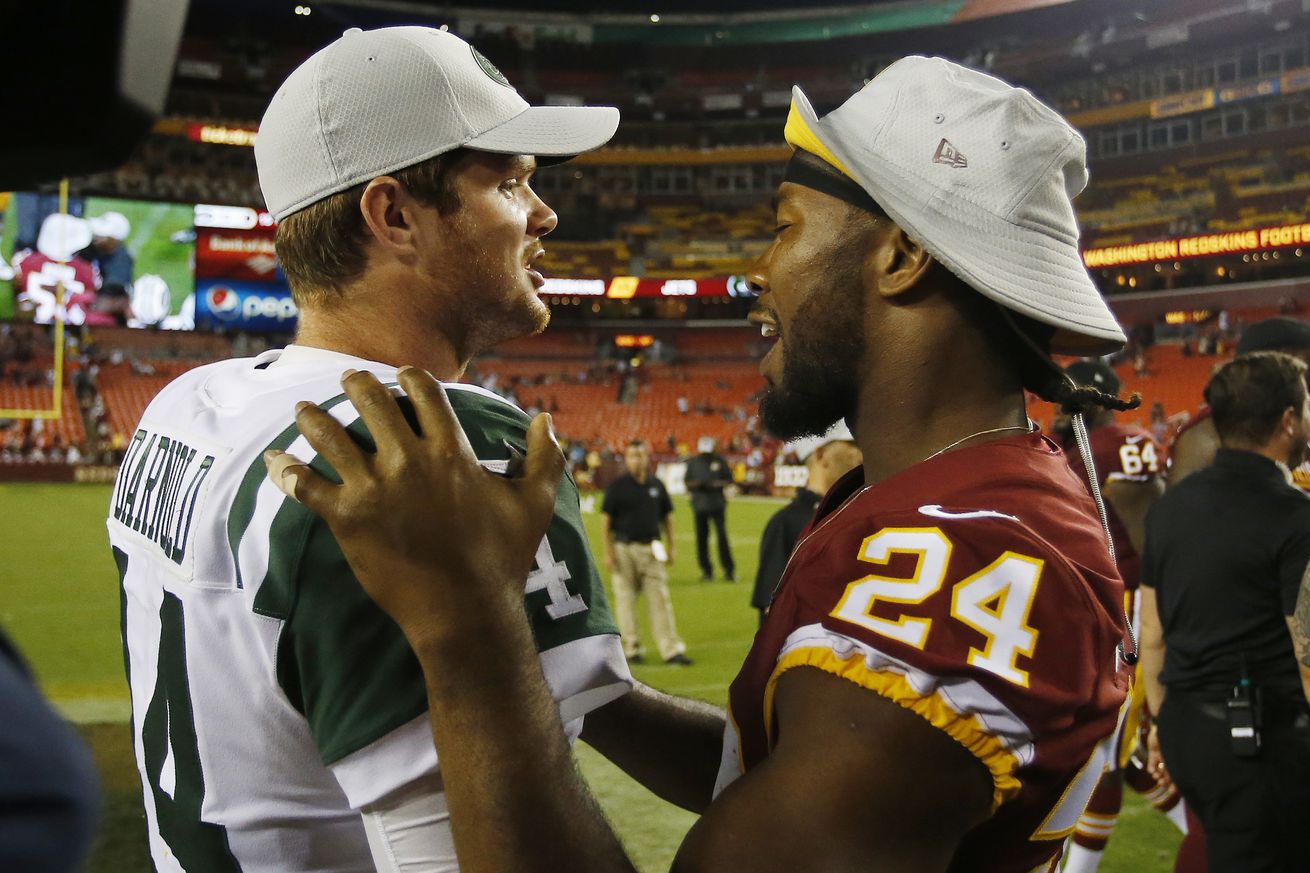 One player to watch who is returning from injury is RB Derrius Guice. He missed his rookie season when he tore his ACL during the Redskins first preseason game. He returned this season but tore the meniscus in his other knee Week 1 and went to IR. He will be in the backfield on Sunday and will be the #2 back behind Adrian Peterson.