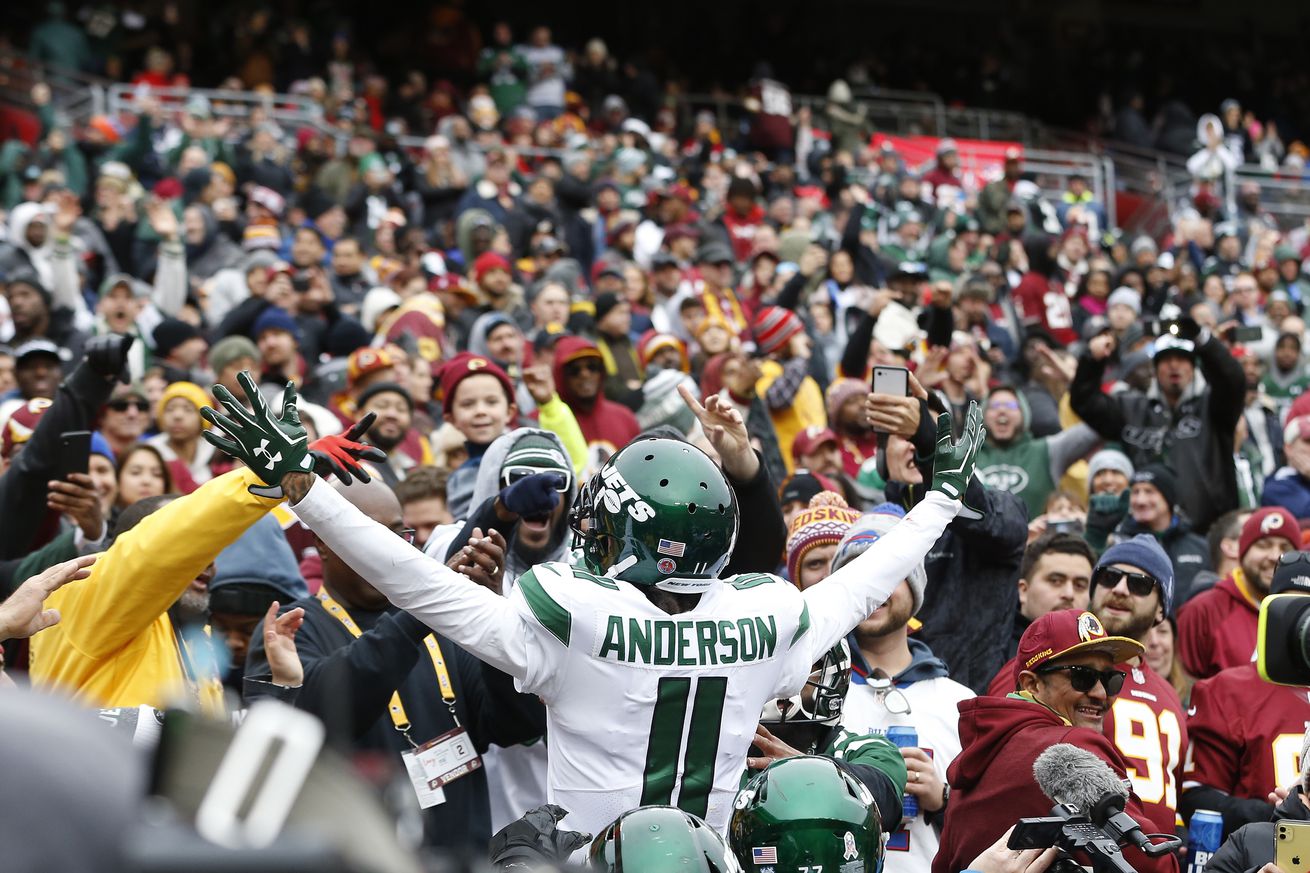 The Redskins lose for the ninth time this year, what did we take away from the 34-17 loss against the New York Jets?

The Redskins suffer their fourth consecutive loss this week, losing 34-17 to the woeful New York Jets. The season was lost early on for the Redskins, but if there was one thing for sure, it was that many expected the team to be somewhat competitive this year. That is not the case for the Redskins, all eight of Washington’s losses were by two possessions or more. Additionally, the Redskins were a two-point conversion away in Miami from being 0-10. 0-10! The hits keep on coming, and there is still plenty to discuss – here is what we learned from the Sunday afternoon beat down by New York.

Dwayne Haskins far from a finished product – the offense is ugly now – but allow him the chance to develop.

Dwayne is in a situation that is unlike many other rookie quarterbacks coming into the NFL. The front office had no faith in his first head coach Jay Gruden; he was fired not even halfway into the season. Along with the head coach being fired, the star left tackle quit playing (and for a good reason) for Washington and is ready for the next chapter of his playing career, his coaching staff is mediocre, his offensive line is mightily inconsistent, and he has very little talent around him. All that being said, Haskins is not playing good football right now, and he needs to improve upon the things that are in his control. Specifically, Haskins can do away with indecision on his dropbacks, develop consistency in his base and throwing mechanics, increase his selective assertion as opposed to checking down so often, and, most importantly, increase urgency on third downs to extend drives. In Haskins’s first two starts, the Redskins are 8-27 (or 29 percent) on third downs, and he has been sacked ten times overall.

Again, remember, it is clear that his situation is not ideal for a rookie quarterback, Haskins is already behind the chains in that regard as most of the coaching staff will be replaced at the end of the season. The new coaching staff will need to invest a lot of time into developing the young quarterback; nonetheless, Haskins still has things he can improve on individually even with the situation around him being as bad as it is.

Leadership is either ineffective or nonexistent on the Redskins

For me, it is simple, under no circumstances does a team go down 34-3 to the 2019 New York Jets unless you have terrible leadership and woefully unprepared. At the coaching level, it is clear that nothing is getting through to the team. There continues to be an abundance of penalties – whether pre-snap, mid-play, or dead-ball – they refuse to get out of their own way. The players come across as uninspired, and although the record plays a part, being noncompetitive in all but a couple of games shows that there the problems are more profound than just an X’s and O’s thing.

Concerning the players, Dwayne Haskins was caught on camera, asking his offensive line for guidance on how he, the quarterback, can help his blockers out. The question is a straightforward one that can be answered by assessing how the defensive lineman is attacking his lineman. Where exactly should Haskins step up? Which way should he slide the line when he gets a particular look? If he has the leash, what can he audible too when a defensive front looks a certain way? Those are examples of the conversation that could have transpired after the camera cut off. However, the issue is the body language of his offensive lineman in the video. In totality, it is not a big deal, but when your quarterback comes to you with a sense of urgency (or anyone in this matter), it is a bad look to come across as dispassionate when your teammate shows no quit in him. If I had to guess, Trent Williams would have never allowed the Redskins offensive line to ever look that bad in any light, camera or no camera, Haskins would have had his question immediately addressed.

The Redskins storied history of the 80s has been thoroughly washed out – Dan Snyder has completely ruined the franchise.

Daniel Snyder has completely ruined the franchise, which is not breaking news. Even as we entered the 2010 decade, there was hope in the Redskins fanbase that things can turn around with the new general manager Bruce Allen and head coach Mike Shanahan. We are approaching 2020, where Bruce Allen is 60-96-1 during his tenure in Washington, and seemingly endless scandals, topped off with the Redskins best player this entire decade in Trent Williams, vowing to never play for the team ever again. Optimism turned into anger, and anger has turned into apathy. Older fans are starting to move on with their life, and younger fans are still young enough to attach themselves to other teams that have star players and who are winning. Additionally, fans 35 and under have never seen the team win at all. Chants of “sell the team” from the 50 Redskins fans who attended (insert sarcasm) was heard loud and clear on the television broadcast of the game.

The issue here is, the Redskins fanbase is passionate, the best and biggest in Washington D.C, but also dormant. Or so that was true for a very long time until the other D.C. teams started to win. For years, the Washington Nationals and Capitals have come up short in the playoffs, and coming up short in the playoffs stood true for all major sports teams. Until 2018, where the Capitals broke the “curse”, and the Nationals followed that up with a title of their own this year. Other D.C. teams are catching up with the Redskins, and their fan bases are growing by the day, Snyder’s incompetence, along with his terrible GM, will continue to sink the franchise along with its importance to the city.

It is true that winning cures all, but that is not the case for a franchise who has been a loser for at least 25 years. One or two good seasons does not get rid of the underlying issue. Changes must be made in the off-season, significant changes, where Snyder recognizes that the current front office cannot last beyond this season. Change starts there, and maybe, there can be some progress made to change the direction of this franchise for the better.

Big picture-wise, how do you feel about the future of this team? Are you confident things will turn around sooner rather than later?