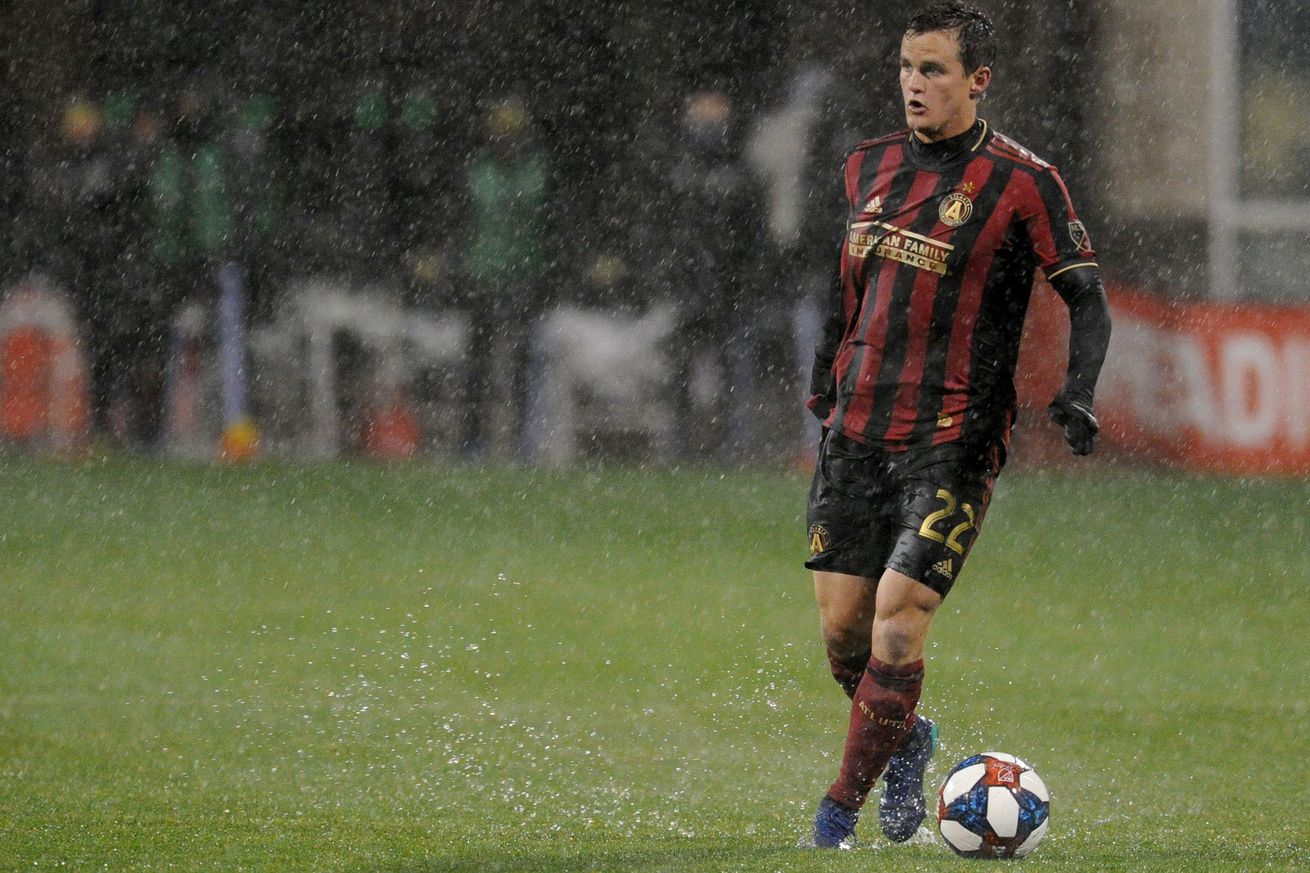 Teams generally sit this round out, but if United makes a move, here’s a list of (mostly) realistic options

The first stage of the MLS Re-Entry Draft is this afternoon, with D.C. United holding the 15th pick. Generally speaking, this is the boring stage of the Re-Entry Process (the formal name that no one ever uses for this particular player distribution mechanism). In the last 5 years, there have been 13 players selected in stage one, which means that in the same timeframe, teams have opted to pass 108 times.

That said, there are a few options who we can make a case for when it comes to United being on the short list of teams who do end up making a pick. Before we get into those players, let’s remember the ground rules for the Re-Entry Draft: if you pick a player whose option was declined, you are picking up their existing contract option. If your choice is someone that is out of contract but doesn’t meet the requirements for free agency, you have to pay them at least as much as they made in 2019. You can also pick free agents that opt in, but as of this writing none have for this year.

In other words, you’re saying that you’re willing to pay the same price a different MLS team was unwilling to pay. There are also details we won’t know about, like players having a huge raise built into their option. But, since we’re just playing GM for the day, let’s not worry too much about the unknowns.

Rather than go player-by-player, let’s go with something more specific to United’s roster:

Remember when Joseph Mora got hurt, and United’s ability to create chances going forward fell off a cliff? D.C. didn’t have a natural left back as a fallback plan, and suffered for it. Going into 2020, United thankfully has more options now that Oniel Fisher and Chris Odoi-Atsem are healthy. However, with Leonardo Jara going back to Boca Juniors, Russell Canouse probably looking to compete for a spot in the midfield, and the injury risk that comes when players have long layoffs like Fisher and Odoi-Atsem had, “more options” is still probably not enough at this point. United still needs a dependable left back option, and because we’re talking depth, they need someone who can do it on the cheap.

Fortunately, the Re-Entry options include a couple players who fit the bill. Mikey Ambrose, 26, spent three years getting spot starts with Atlanta United, and while their fans aren’t panicking over his departure, the consensus is that he did a solid job for a player barely making over the senior minimum ($72,352 guaranteed in 2019). Ambrose would bring a ton of energy and competitiveness, a well-rounded profile in terms of athletic traits, and experience at a winning club. He’d also add to the growing legion of DCU players who spent some time under Sasho Cirovski at Maryland, if you’re the sort of right-minded individual who likes to see that sort of thing.

Dillon Serna is another possibility. The Colorado Rapids homegrown player was finally let go after seven years there. Serna is still just 25, and would offer Ben Olsen an attacking threat (as opposed to hoping Mora’s attacking play could somehow be replaced by the stay-at-home stylings of Chris McCann and Marquinhos Pedroso) from the position. Serna can also play as a winger, and has even seen minutes as a shuttler in a diamond, so there’s some versatility that teams always see as valuable. Serna had $120,000 guaranteed in 2019, which at this point in MLS’s cap evolution is very affordable.

Both Ambrose and Serna are out of contract, so United would have to offer a new deal that at least matches those salary figures. As a reminder, players can turn down the offer, which means the club just keeps their MLS rights.

With Jalen Robinson not being offered a new deal and Chris Durkin playing in Belgium until at least the middle of summer, United looks to enter 2020 with just three center backs on the books. That’s not enough, particularly with Frederic Brillant turning 35 in the middle of the season.

If United wanted to address that problem today, their best option would be Columbus Crew homegrown product Alex Crognale. At 6’5”, Crognale would fit right in with what is already a towering group of center backs for the Black-and-Red, and while he never quite took over as a starter with the Crew, he did amass 21 starts under two different coaching regimes. Crognale is a player accustomed to fighting for his place, and for a few stretches, he’s even pushed aside established starters. Columbus declined his option, so it could be that there’s a major raise from the $104,504 he was guaranteed in 2019, but most likely we’re talking about a player who stays well within the affordable range.

A back-up for Ola Kamara

This piece originally included a whole section on Anthony Jackson-Hamel, who was the subject of a bit of a rumor linking him to a trade to United earlier this year, and Jordan Hamilton, but neither player is on the final Re-Entry Draft list for stage one. Players are allowed to opt out, and that appears to be the case here.

So if you want a back-up for Kamara…well, this probably isn’t the day it’s going to happen.

So maybe you’re not the “make a sound, but boring move” type. You want to go for broke. The player for you risk-takers out there is undoubtedly Juan Agudelo. The New England Revolution declined Agudelo’s option, a year after he took a minimal raise to stick around for another season in Massachusetts. Agudelo, 27, made $605,000 this year, meaning that United would be picking up a TAM-level contract.

The risk here would be extremely high: Agudelo is coming off of back-to-back seasons in which he scored 3 goals, and he clearly didn’t thrive under Brad Friedel (very few players could, it turned out) or Bruce Arena. For United to take Agudelo today, they’d have to be extraordinarily confident that they’re the club that could finally unlock the potential of one of MLS’s most talented (and most frustrating) players.

They’re probably not going to do that, but I’ll point out that United has only really looked good going forward during the Olsen era when they’ve had a deep pool of starting-caliber attackers. In 2012, Branko Boskovic could be brought in to change a game. In the back half of 2016, United’s leading scorer was Lamar Neagle, who was mostly not a starter. In 2018, Olsen could call on Mattocks, Zoltan Stieber, and Nick DeLeon. Generally speaking, you aren’t going to get starting-caliber attacking players by nickel-and-diming things. Agudelo would be a change of pace from Kamara, checking back into the midfield and looking to create more often. They’d also potentially work as a duo if United wanted to go that route, and Agudelo has seen plenty of time playing on the wing as well.