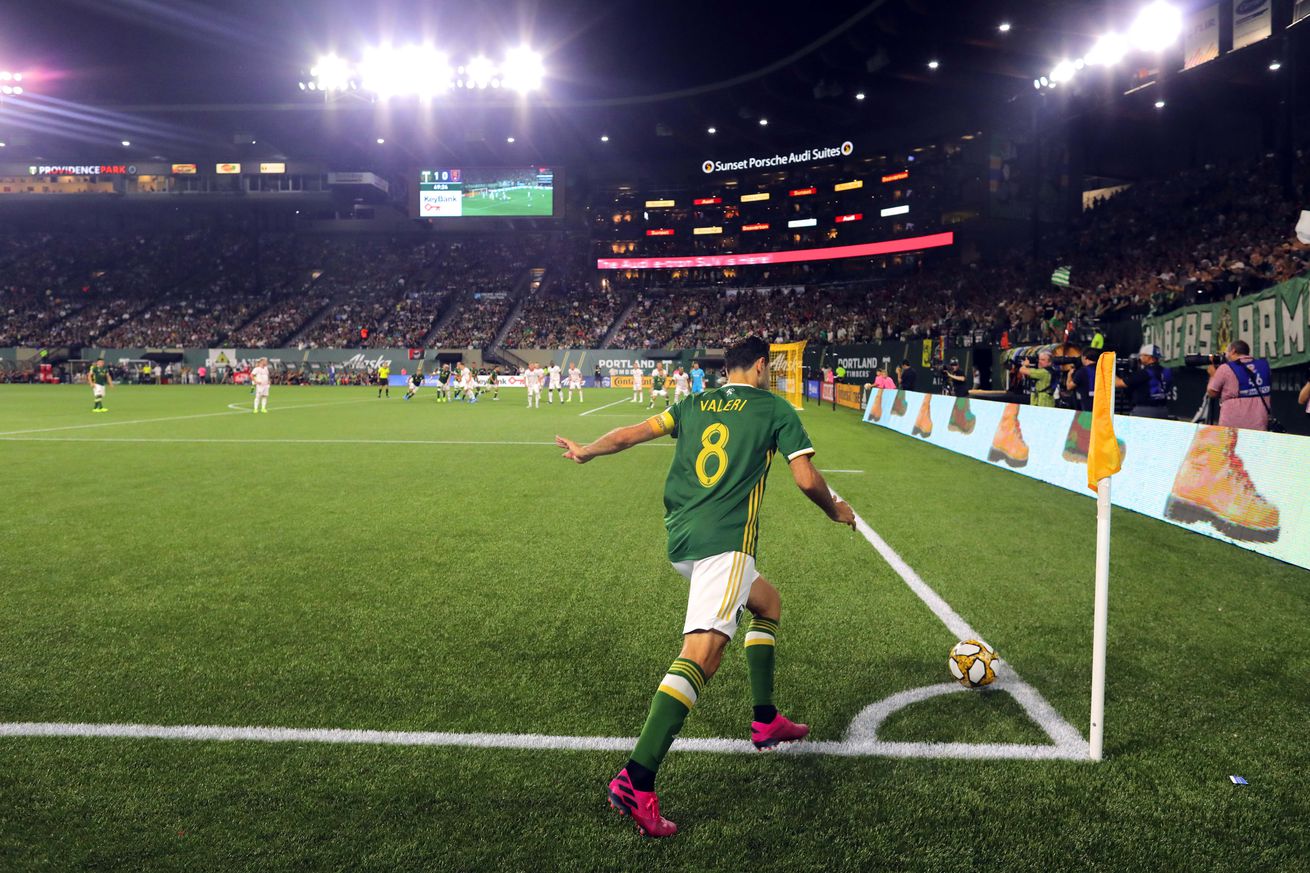 The MLS Re-Entry Draft’s second stage is today, and as always, this is the one to keep an eye on. While D.C. United joined the vast majority of teams in passing during last week’s first round, the structure of this particular method for MLS players to find clubs is designed toward making today a busier one. In short, this is the round that teams can negotiate a new contract with players, making it far more likely that clubs make moves.

United could certainly use reinforcements, and they haven’t been afraid of adding to the roster at this point in the Re-Entry Draft. When it comes to the second round, Dave Kasper has selected at least one player in four of the nine Re-Entry Drafts that MLS has held, and in 2013 he took two players (Fabian Espindola and Nana Attakora).

As such, there’s plenty of room to speculate, which is what we’re here to do. Let’s set the ground rules first: any player picked in this round must be handed a bona fide offer within one week of being selected, or the team that picked him loses his MLS rights. If, after the offer is made, the sides cannot reach an agreement, the team maintains that player’s MLS rights (remember Gonzalo Veron?).

It’s probably time to mention that the players that we mentioned last week are even more interesting at this stage. Dillon Serna, Alex Crognale, Anthony Jackson-Hamel, and Jordan Hamilton make more sense for United at lower price points than they did in round one. That said, Jackson-Hamel and Hamilton both may have opted out of the Re-Entry Draft entirely; their names were not on the list released just before last week’s set of picks, though that doesn’t preclude them from being involved today. MLS is supposed to post the list of available players at 10:00am today.

Alright, that’s enough preamble. Let’s get to the list, which is in alphabetical order:

Hopefully you read that last link, which also contains the (admittedly high-risk) argument for taking Agudelo. The problem was cost: Agudelo’s salary was into TAM range last year, which is a tough pill to swallow when you combine it with “the Revs are willing to let him leave.”

However, now that United would be able to select him and open contract talks, the move would make a ton of sense. Agudelo’s comfort in various positions fits the positional fluidity Ben Olsen allowed from his attacking players for most of last season, and he’d instantly answer questions about whether United will once again go into a season without a proven goalscorer to back up their DP striker.

Agudelo would be much more than a back-up striker, though. He’d be a playoff-caliber starter on either wing, and can play the no. 10 role as well. We assume that Paul Arriola, Lucas Rodriguez, and Yamil Asad are vying for two spots flanking a DP playmaker, but what if said playmaker doesn’t arrive until the summer? Or, not at all? And even if that player arrives and is a spectacular success, it’d be much better for United to have more than one game-changing player to come in off the bench. Add Agudelo to the existing mix, and that problem is solved no matter who wins the starting gigs.

Ibarra isn’t quite as versatile as Agudelo, but we’re covering more or less the same ground here at a lower price point. Ibarra posted 7 goals and 8 assists from the wing in 2018 for Minnesota United, but saw his minutes dwindle in 2019 after Adrian Heath got Kevin Molino back healthy and added Robin Lod to the mix as a TAM winger.

The underlying data indicates that Ibarra didn’t have a good 2019 (American Soccer Analysis has his combined Expected Goals and Expected Assists at just 4.2, which is very low given that he played 1,621 minutes), but in 2018 things were much different. That 7g/8a season wasn’t a fluke: American Soccer Analysis has him at 13.0 in the same categories in 2018, the fourth-best total of any Minnesota player since they made the jump to MLS.

In terms of playing style, Ibarra is closer to Arriola — covers a ton of ground, good off the ball, prefers to combine rather than dribble — than Rodriguez or Asad. He might not necessarily be as much of a change of pace as Agudelo would be, but it would be reasonable to expect him to do more as an attacker than Ulises Segura or Emmanuel Boateng did this past season.

If it’s not clear by now, the focus is on the attack. In seasons where he’s played over 1,600 minutes, here is what Plata has done in MLS:

So from a numbers perspective, Plata has been productive, and he’s got a ton of MLS experience. But here’s the real allure: one thing United lacked this year, and will continue to lack now that Luciano Acosta is gone, is swag. Rodriguez was really good on the dribble this year, but there’s that less easy to define flashiness that Acosta brought. We go to games in part to have fun, and Plata would be fun as hell, and he’d help United win some games.

Looking around United’s attack, we have a potent goalscorer, plenty of energy, and some quality complimentary pieces…but no true playmaker. There are smart players, but no one with a track record of creating chances at an elite level, and that’s a job that should be at the top of the club’s shopping list.

Now, I understand having reservations about bringing Valeri in at 33. That’s not the same as going out and finding another younger player, a la Acosta, nor is it the huge splash of signing Mesut Özil or an equivalent big name from Europe. However, the Argentine put up 8 goals and 16 assists this past year, appearing in 31 games. In his 7 MLS seasons, Valeri has appeared in 30+ games 6 times, so there’s not a major injury history to worry about.

I’ve been thinking about this for a while:

If you’re on my wavelength and thinking about whether #DCU is interested: Per @AnalysisEvolved there are only 7 MLS players this season with a higher combined xG/xA than Valeri’s 16.7.

That was on a team that didn’t have a striker as dangerous as Ola Kamara, and with Sebastian Blanco seeing plenty of time in playmaking positions as well. Given a clearly dominant role in United’s attack, and surrounded by hard-working, speedy players, it stands to reason that Valeri could fit in very easily. In fact, the more direct style of play Olsen has often preferred could well suit Valeri, who had lots of success this year looking to push play forward at a higher rate than in previous years.

Now, Valeri isn’t leaving a team and a city that he loves for a cut-rate price. If United is going to sign Valeri, they’re signing him as a DP, and they’re paying him well into the seven figures. However, doesn’t taking care of the team’s biggest need this early sound like it’d be worth it? United could enter 2020 with their entire attack in place on day one of preseason, and they’d have no reason to worry about a newcomer needing time to adjust to the league.

12:54pm update: After appearing on previous lists, Diego Valeri withdrew from the Re-Entry Draft when the final list was announced by the league today at 10:00am. As such, United can’t select him today.