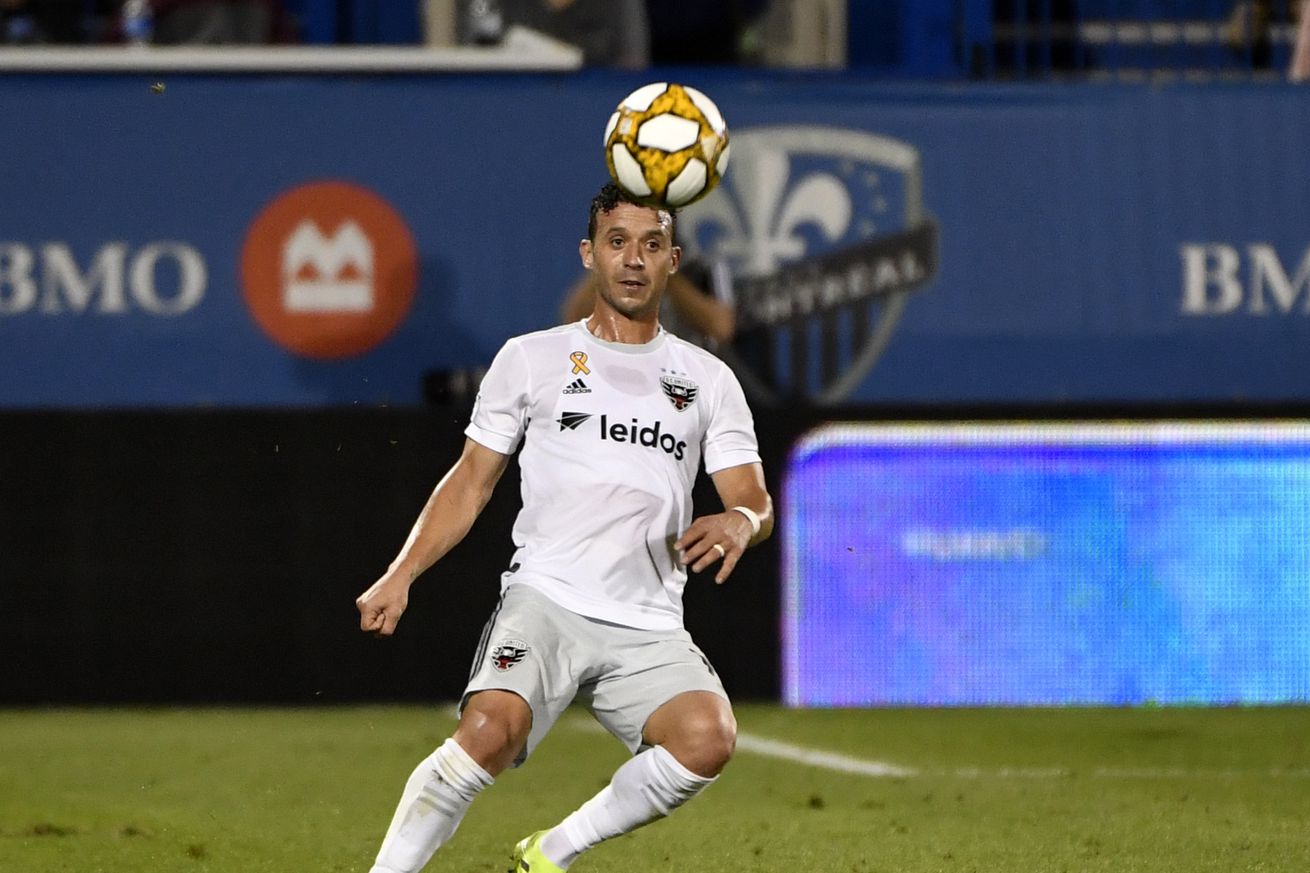 The guy you love to hate to love gets goat foxed.

When word got out that D.C. United was close to making a deal for midfielder Felipe Martins, the groans were audible. After all, this was a guy who fouled D.C. United’s most creative player (Fabian Espindola) during a 2014 game in its opening moments, shelving him for 6 weeks. Espindola also served a suspension for a retaliation foul on Martins. Martins then followed Jesse Marsch to the New York Red Bulls, and then he went to the Vancouver Whitecaps before returning East.

To his credit, Martins was aware of the reception he would get here, but understood his job was to be the player you hated to see on the other side of the field first, before his charm would settle in in one manner or another. D.C. were also desperate, with Junior Moreno out to Venezuela for Copa America duty and Russell Canouse out to injury, Chris Durkin went down shortly thereafter, so D.C. needed a rough central midfielder, and Martins was available.

On the field, Felipe did what Felipe does, getting under the skin of opponents and drawing fouls and cards while accumulating a yellow and registering an assist in 9 games; between that and his Vancouver time, Martins played 27 games (starting 22) with a goal, assist and six yellows. While his production hit a personal low (he never had fewer than 2 assists in any season) his committed fouls number (32) was almost a career low as well, and took several set pieces during Wayne Rooney’s (numerous) absences in the latter half of the season. Generally, Felipe will give you a goal or two, 4-6 assists and an occasional suspension for yellow card accumulation; in 260 MLS games he has gotten a red once, so like it or not, he knows what to do in the shadows.

It’s 2020 where things become a little concerning; D.C. gave up an international roster spot to Vancouver for the year, and while Martins assumed a league minimum budget hit for D.C. in 2019, it was only for 2019, and he is under contract for an approximate $525,000. Just below TAM level, but big enough to take up some room. Also with Martin, Moreno and Canouse, there will have to be some rotation. Moreno will undoubtedly go away for June during the 2020 Copa Americana, and Canouse could start the year at right back until Oniel Fisher and Chris Odoi-Atsem get their legs, but what then? It seems like from a roster building perspective, Felipe’s contract will bite D.C. sometime down the road, whether it’s before Felipe turns 30 (in September) or not.