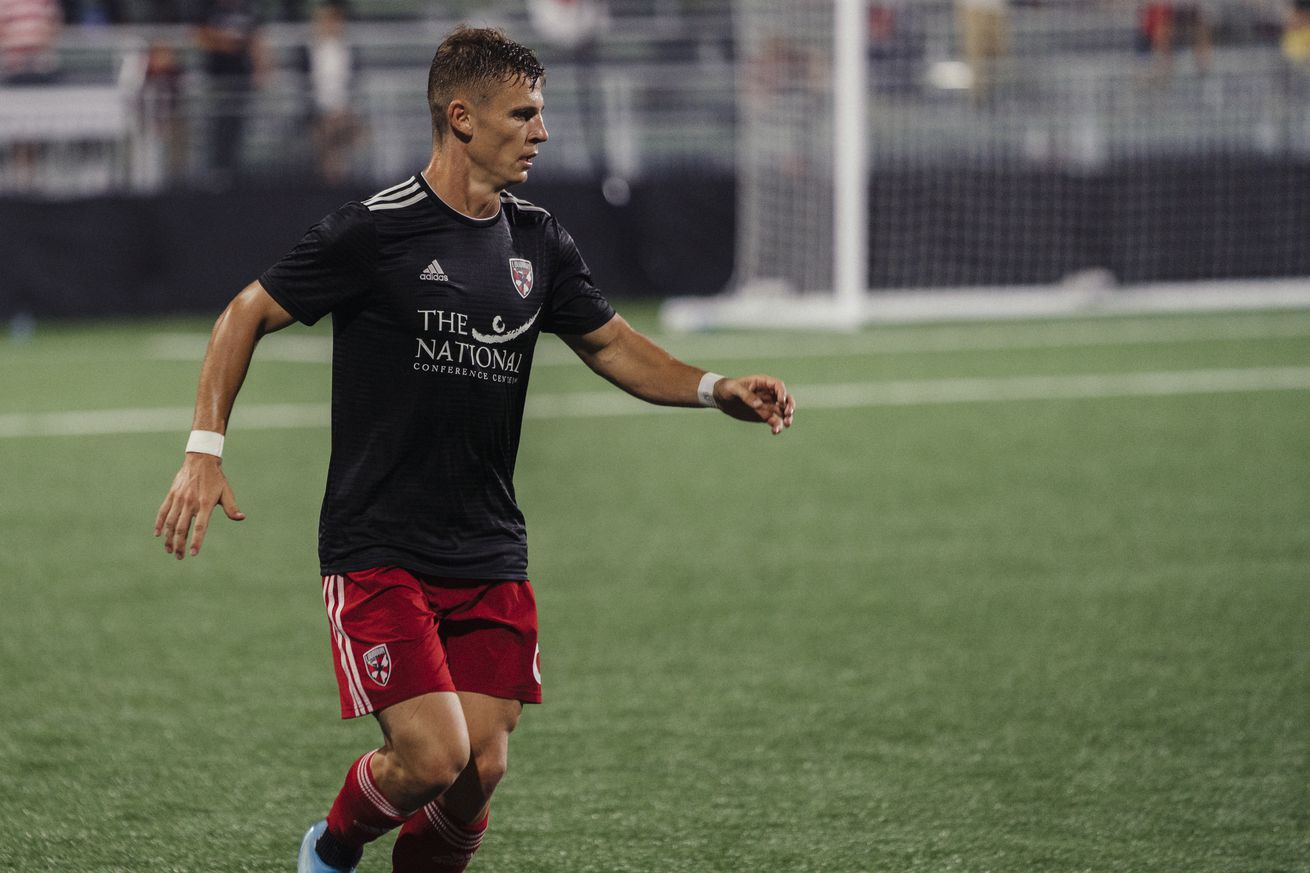 A midseason acquisition who scored 10 (USL) goals gets examined.

When D.C. United acquired Gordon Wild off waivers from Atlanta United in late July, he had seen his goal scoring numbers gradually drop since signing a Generation Adidas contract upon leaving school in early 2018; he scored 7 in his first pro season with the Charleston Battery, then Atlanta made an ultimately unsuccessful attempt to convert him to fullback and wingback, before waiving him to make room for Mo Adams. So when D.C. General Manager Dave Kasper said, “…we believe a change of scenery will do him well,” the intent in retrospect was to give Wild a chance to regain his form and confidence by allowing him to play his natural attacking role for D.C.’s USL side Loudoun United.

Wild responded by scoring 10 goals in 16 games (15 starts) with Loudoun. Playing left and central midfield, Wild scored more goals in his 1,256 minutes with Loudoun than he did in more than 2,300 minutes with Atlanta and ATL2 (7). His busy 3 months with Loudoun put him second in all offensive totals, with 11 total goals (split over 24 games for Loudoun and ATL2) were runner-up to Kyle Murphy’s 13, 3 assists (Murphy/Antonio Bustamante, 4), 47 shots (Murphy, 60) and 38 created chances (Bustamante, 42), but more than that he seemed to be closer to the player that was garnering the attention of pro teams while at the University of Maryland before injuries slowed his rise to the pro ranks.

Wild is young (turned 24 in October) and has a green card, though it’s his other roster status that causes some dilemma; his salary was $100,000 last season, but would appear to have his GA status eliminated this season. He would likely go to the senior roster, which would seem to be the reason why Steve Goff recently put the chances of Wild re-signing at 50/50. Wild did appear in D.C.’s friendly last week with Bermuda next to some Loudoun teammates but more notably alongside players who are under contract with D.C. for 2020, so perhaps there is an encouraging moment? The appearance was sandwiched between trips home to Germany to maintain training, so he may have some bites there, and may choose to take them.

Pulling back out to a larger angle; D.C. United scored 42 goals last year. Only 3 teams scored fewer, and two of them finished last in each conference; FC Cincinnati had 31, the Vancouver Whitecaps had 37. Columbus Crew SC had 39. So the Black-and-Red need some goals, and there is a potential source of those that they saw up close numerous times last year in Audi Field friendlies and at Segra Field regular season games. The choice to add a source for offense is obvious, whether they choose to exercise it is less so at the moment.