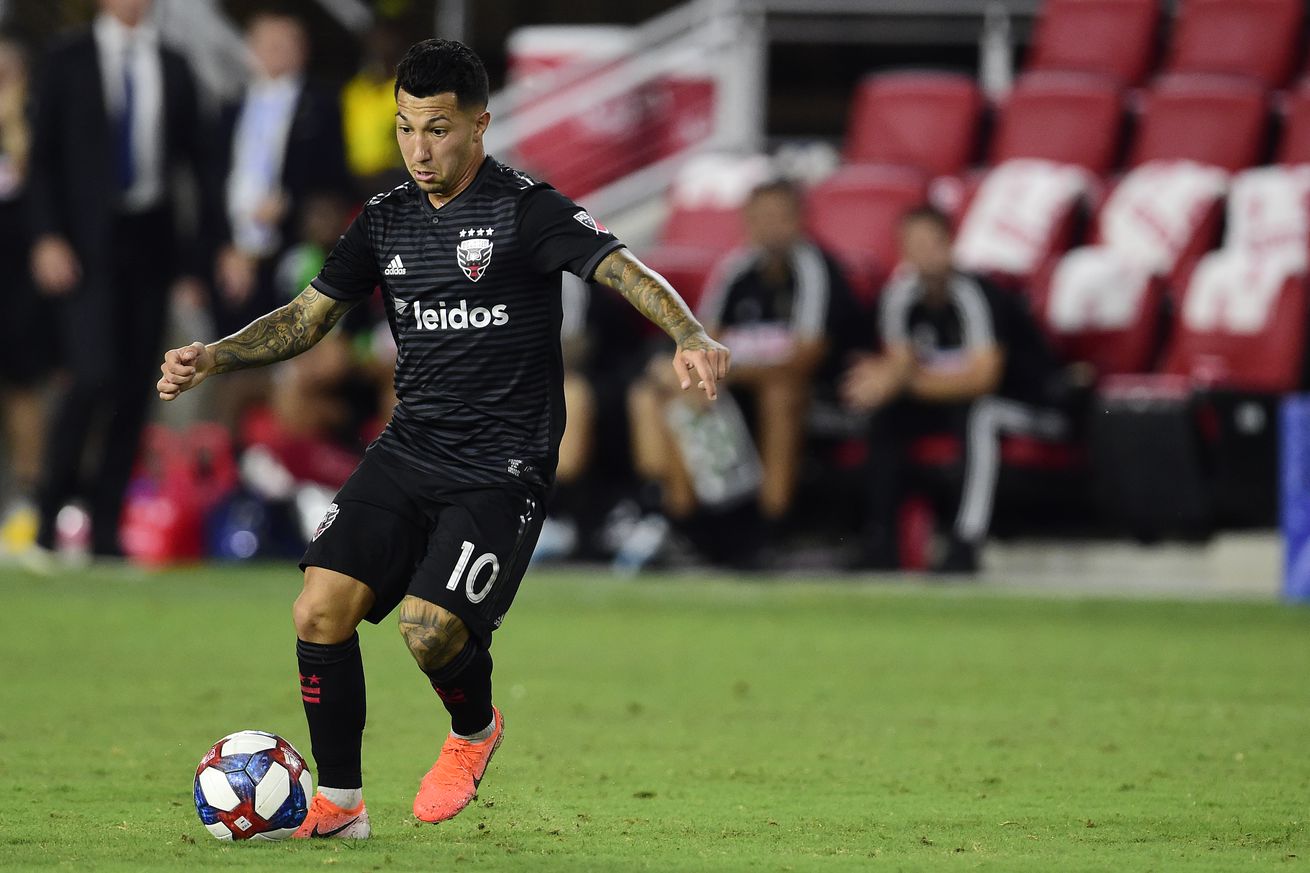 If only PSG hadn’t come knocking.

When you look back at the 2019 season for Luciano Acosta with D.C. United, it’s a season of what ifs. The biggest one goes back to January 30th, when a report emerged that Paris St. Germain was looking to purchase the Argentine star midfielder. Fresh off an incredible 2018 season that was MVP caliber (he finished 7th in the voting), with 10 goals, 17 assists, and one Buzzard Beater, the expectations for Acosta in 2019 were sky high.

With the PSG rumors, it was expected that Acosta would look to leave the Black-and-Red for France. It became real when he departed training camp to head to Paris to finalize the deal on the deadline of the European winter transfer window. However, hours later, the deal was dead, and a dejected Luciano Acosta returned to training camp to prepare for a new season. There were questions then about how that saga would affect him in the early season for United. He began the season with a goal and assist in the Black-and-Red’s opening match at home to Atlanta United, a 2-0 win on March 3rd that made fans at ease that Acosta had put the PSG failed deal behind him (and all the contract talk) and was looking to continue his tear from the 2nd half of 2018.

We soon learned that this year would be a difficult one for Acosta. He had an assist against Real Salt Lake on March 16th, but he would go 5 matches before scoring again for D.C. United. Despite the “LuchoRoo” partnership with Wayne Rooney that excelled at the end of 2018, Acosta could not find a way to put it all together in 2019. In 2019, he had a total of 6 goals and 2 assists in 31 league matches. He didn’t receive any offers worth considering in the summer MLS transfer window, and it was clear to fans that Acosta was playing with one foot out the door. On July 5th, he received a red card for violent conduct against FC Dallas just 15 minutes after entering the game as a substitute, and he missed the next two matches as a result.

He returned to start 3 more matches, but after a 5-1 loss to the Philadelphia Union on August 4th, he was moved to the bench. He would only have one more start the rest of the season, an 8/25 loss to Philadelphia where he scored his final goal of the season. While he had 58 shots on the season, only 19 of them were on frame and many of them, especially down the stretch, seemed like desperation attempts from well outside the penalty area. His play, coupled with other errors by the team, never showed anything close to the expectations that were had for him this season.

What if Paris Saint-Germain had never expressed interest? What if Acosta had accepted one of the many contract offers the team offered to keep him as one of D.C. United’s highest-payed players and in the Black-and-Red for several years to come? Acosta admitted that the PSG failed deal and all the talk about where he would ended up affected his play. In an interview with The Athletic at the end of the season, Acosta explained the difficulty of pushing the PSG adventure to the side:

“I thought I was going to be Paris — I always had thought it, I still think about it sometimes, it’s still difficult to confront. Our first game, against Atlanta, I think I’d left it to the side a little bit, I had a great game and I didn’t feel it right then. But there were other moments where I felt it, for sure. So if people say it affected my performance this year, maybe they’re right.”

To be fair to Acosta, the transfer saga with PSG was incredibly bizarre and one of the wildest in MLS’s 24 seasons. It’s natural that it would affect him, but I don’t think anyone really knew how much it would, and it combined with the Wayne Rooney transfer saga to create a season that fell way short of expectations that will feel like a huge opportunity lost.

It’s unclear where Acosta will end up in 2020. He could find a club overseas, and there is talk that several teams in MLS desire his services. D.C. United still hold his league rights since they gave him a genuine offer, and you never know if there is a change of heart down the road. Still, even though it appears Acosta’s time at D.C. United is done, we ask you: