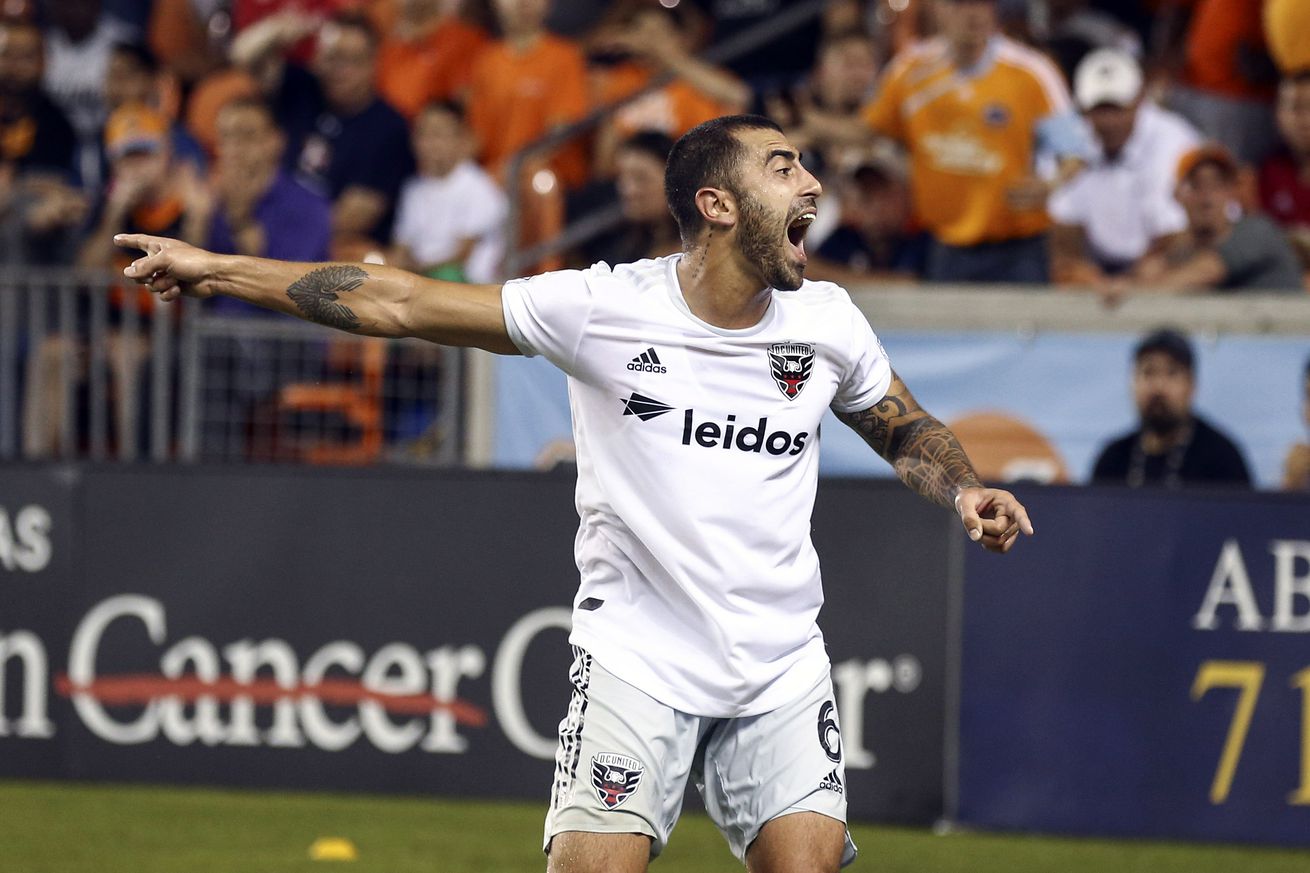 Only a brief appearance in DC

D.C. United was in a bad way at fullback in late April and early May this year. Joseph Mora had his jaw fractured in early April and was still months from coming back. Oniel Fisher was still out, and he ended up not suiting up for the team at all this season. D.C. United had been trying a 3-5-2 with Leonardo Jara and Lucas Rodriguez playing as the wingbacks. If they hadn’t been there, they would have had to be deployed as the team’s fullbacks, which was a position basically new to Rodriguez.

All of this was the context into which Marquinhos Pedroso was signed. The deal to get him to D.C. United from FC Dallas was extremely complicated, which included a waiver deal as well as a technically unrelated but very much related trade of a first round draft pick on $100K in General Allocation Money.

He played ninety minutes in his first start against Sporting Kansas City, a 1-0 win for United, before starting against the Houston Dynamo and New England Revolution as well. Pedroso made a mistake that directly led to a goal against the Dynamo and Juan Agudelo rose over him to head in a goal in the draw against the Revs. After that, the left back spot was filled by a combination of Chris Odoi-Atsem, Chris McCann, and a three back lineup until Joseph Mora was ready to return.

Getting thrown into a new team in the middle of a season is always hard, and Pedroso had one good game and two pretty bad ones before being on the bench most of the rest of the year. Brought int to fill an emergency gap, it seemed that Mora was always set to reclaim his spot. Pedroso didn’t prove to be effective depth, even though he has played much better in the past than he showed here, and at a price tag of $375,000, he is much to expensive to keep at that number.