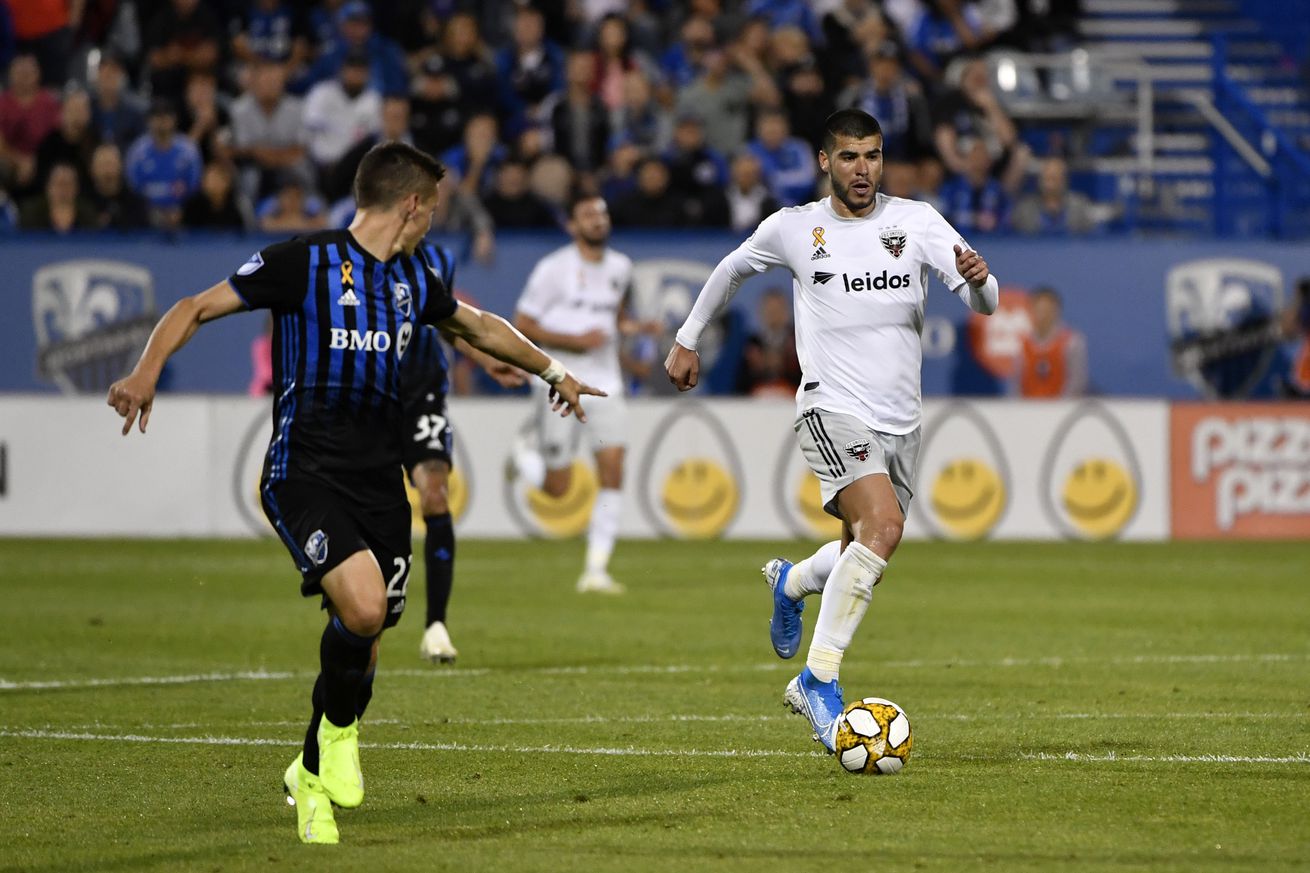 What do you do when your hard-working utility midfielder becomes a locked-in starter?

Evaluating Ulises Segura’s 2019 performance for D.C. United is really about context. If a hypothetical United fan up until last winter missed the entire season, and I told said hypothetical fan (for fun, I’m picturing this person spent the year working in Antarctica) that Segura provided hard work, versatility across multiple formations, and a modest 3 goals/2 assists on the year, the reaction would be “yeah, that sounds right.”

However, that response might change once we throw in the context that Segura played in 33 games, and ended up a starter in 17 of D.C’s final 23 outings (including a playoff game). Segura gave United what we’d expect for a reliable role player, the kind of guy that comes off the bench regularly to offer energy, defensive solidity on the road, and some help closing games out. The issue was that United ended up using him as a first-choice attacking player for over half the season.

In the end, once Ben Olsen came to the determination that — for whatever reason — he couldn’t get enough out of Luciano Acosta, he had to bring someone else into the lineup, and Segura ended up being the choice. Some of the issue here is really with the rest of the squad: no one else did anything to provide a compelling challenge to Segura’s role down the stretch. United had really bad luck with the availability of Wayne Rooney and Ola Kamara, who seemed cursed to barely ever both be healthy and eligible on the same day. Acosta had little to offer once benched, Emmanuel Boateng apparently didn’t impress either, and outside of a win over Seattle and the first half in Montreal, United couldn’t carve out enough chances, and couldn’t finish the ones they did create.

Looking at some deeper data, Segura’s defensive actions were a hair more frequent than Paul Arriola’s; that side of his game has never really been in question. The reason Segura appears to still only be a solid role player rather than more of a factor is what he does on the ball. His key passes per game numbers (0.7) put him more in line with defensive midfielder Junior Moreno than a starter in the Black-and-Red’s front four. He doesn’t draw a lot of fouls (0.8 per 90), and while he offered 1.0 successful dribbles per game, they were generally just sprinting past someone while staying wide rather than the sort of dribbling that breaks defenses down. Basically, Segura set the stage rather than starring in the show.

All that said, there is real value in Segura’s ability to do a lot of things at a respectable level. Every successful MLS team has a couple utility players, and Segura can play on both flanks, or as a wingback, or as a box-to-box central midfielder. He even spent a few minutes this year as a striker. Segura’s contract is reasonable ($170,000) within MLS for exactly what he brings to the table. Again, the issue is about adding at least one attacking player ahead of him on the depth chart. Yamil Asad should do the job, and Dave Kasper is surely pursuing an attacking midfielder in the Designated Player price range.

Interestingly, though, United may see Segura’s value as being higher in the trade market rather than sticking around:

Rumblings surrounding #DCU: I’m told the club is open to moving MF Ulises Segura, who, at the moment, is on nat’l team duty w/Costa Rica. Club is also said to be shopping MF Ema Boateng, picked up from the #LAGalaxy just a few months ago. Will be an interesting couple months.

That could signal a move already in the works, or a more prominent role for Griffin Yow (more on him coming later today), or nothing at all. “Open to moving” doesn’t even necessarily mean that they’re actively shopping Segura, after all. On the other hand, a team with Kamara, a DP no. 10, Arriola, Asad, and Lucas Rodriguez doesn’t have much of a role for Segura. Would they be able to replace him for less? Does he want to stick around in a situation where his minutes are probably going to be reduced (and possibly dramatically)?

It’s a bit of a tricky situation, and that makes your say on the topic particularly interesting. There is a good argument for keeping Segura, but there’s also one for moving on from a player that appears, at 26, to be done developing. So, what’s your verdict?