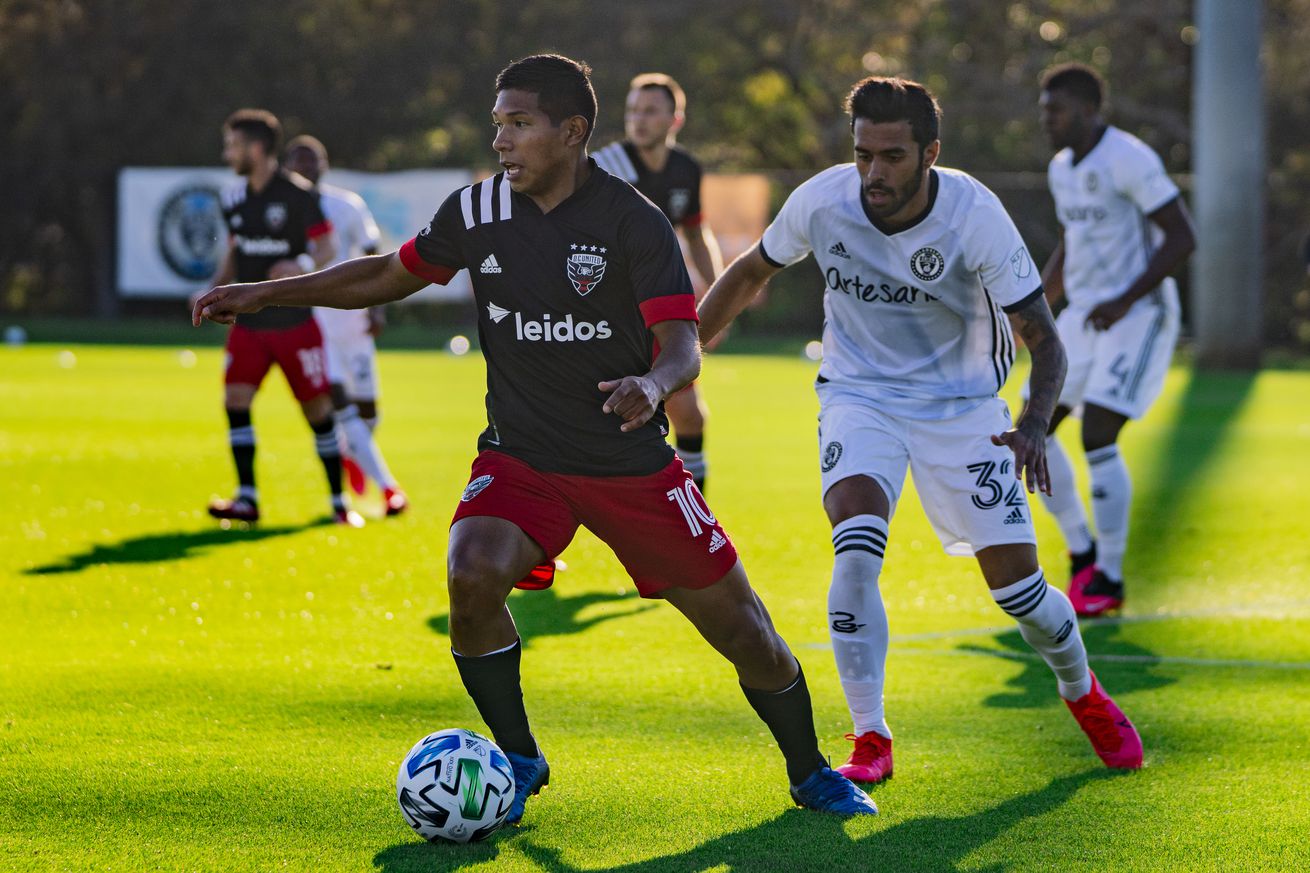 MLS’s 25th season begins today in the District, where league originals D.C. United and the Colorado Rapids clash in what is the earliest game on the calendar that the league has ever seen. United has brought in promising attacking starters like Edison Flores and Julian Gressel to replace Wayne Rooney and Luciano Acosta, while the Rapids — fielding their most talented squad in years — are hoping to build on a promising finish to 2019.

We don’t have a ton of footage of Flores playing for United, but the expectations for the Peruvian international are sky-high. A club-record $5 million transfer fee, coupled with some tremendous play in Liga MX and for Peru, will do that.

The object is pretty clear: Flores will be looking to combine his creativity, his close control, and his acceleration to be the key member of a reconfigured United attack. The team is faster, and will press higher, and that idea relies in part on Flores being the star attraction. “Orejas” is expected to line up in a new position, out on the right, but don’t be surprised to see United try to push play towards him as often as possible.

Ben Olsen said he wanted to treat the preseason finale as a dry run for the opener, so expect the same team that looked very sharp in a 3-1 win over the Philadelphia Union to start today. The only real questions are a) whether Olsen gives Asad a start, knowing that he might not have more than 45 minutes in his legs, and b) whether this 433 becomes a 4231, with Gressel on the right and Flores in the middle. However, all signs point to the 433 sticking around for the time being.

United’s very short roster really becomes clear when you try to put together an 18. Despite just two injury absentees (Paul Arriola, who is technically suspended for today, and Donovan Pines), Olsen has just 21 available players…and that’s assuming that Sorga’s paperwork has gone through. If the Estonian is ineligible for today’s game, one of Kevin Paredes or Moses Nyeman will take the last spot in the 18.

Robin Fraser has a mostly full-strength squad, but Colorado’s preseason finale saw multiple projected starters kept out of the lineup, and heavy rains prompted an early stoppage in play. That leaves multiple questions in the attacking midfield trio, where Namli and Lewis were among the players to not play last weekend. They should step in, but the third spot could go to any of Diego Rubio, Andre Shinyashiki, or Nicolas Benezet; of the candidates to start, only Benezet (broken nose) is on the injury report.

Elsewhere, Deklan Wynne started at left back over Vines in the preseason finale, making that spot a question, as is the issue of whether the young Trusty or 36-year-old veteran Drew Moor will partner Abubakar at center back.

Available streaming: If you live inside this blackout zone that United provided for us, you can stream the game on the team site. For everyone else, ESPN+ or FuboTV (subscribe via those link, & your friends at B&RU get some cash!).

What do we have to say about it?: Let’s start with our broader season preview, and then get specific. We checked in at training earlier this week, discussed United’s lineup in more detail, and did a full episode of Filibuster talking about this game, the new formation, and all that good stuff. We even broke down United’s preseason lineups in almost laughable detail.

What are you drinking?: Open press box, wind, temperatures below 40…yup, sounding like a good day for press box K-Cup coffee and/or hot tea.

This is the place for all your pre-game, in-game, and post-game discussion. Vamos 2020!